Our Opinion: In Response to UChicago 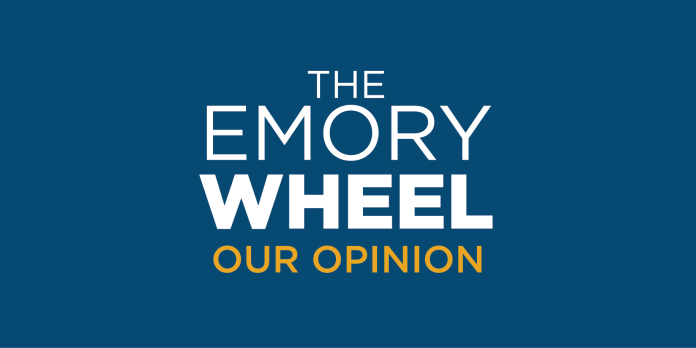 In a letter to incoming University of Chicago (UChicago) students, Jay Ellison, the dean of students in the College, outlined the University’s position on so-called “intellectual safe spaces.” Linking “intellectual safe spaces” with academic censorship, the dean condemned this practice in the name of maintaining freedom of expression. The letter additionally addresses “trigger warnings” and says the institution does not condone their usage.

While we applaud UChicago’s initiative to preserve the freedom of expression as we, too, fully support this aim, we do not believe that the protection of freedom of expression and the concept of safe spaces mutually exclude one another. The safe spaces one creates should not limit speech; they ought to enable and further it. Such spaces should facilitate dialogue because in them discussions occur in a judgement-free manner, thereby allowing one the liberty to express a variety of perspectives freely and openly.

Emory’s current approach to the idea of a safe space is laudable. Neither in the classroom nor around the broader campus is there an active, Administration-based policing of uncensored dialogue or opinions, and nor should there be. The Administration should continue to approach safe spaces with this laissez-faire attitude. If there is an interest to form an organization that can provide an outlet for marginalized groups to congregate, the University should facilitate it. Emory has championed this by maintaining a commitment to a student’s right to associate, with examples like the Emory Black Student Union and Centro Latino providing such spaces. It must be noted that the University does not directly create these organizations, but merely allows them space and financial support — and ensures that these spaces are open to any member of the broader community.

UChicago’s interpretation of a safe space neglects to address a very crucial social facet of safe spaces. The letter attacks safe spaces as an official entity, but fails to acknowledge that a safe space, at least by Emory’s definition, is policed only by social means. Sure, safe spaces provide a discussion-oriented sphere in which myriad people can participate and voice various opinions. However, that isn’t to say that some perspectives would not be met with some level of social consequences. If one presents his or her ideas in a disruptive manner, it is within the realm of safe spaces and indeed, almost any space, for those present to request the offender to leave. The offender, however, is by no means required to comply and will not be subject to any official action unless they have broken any actual University policy or applicable legal statute. Similarly, within the classroom, it is within the professor’s prerogative to remove a student — but it ought not be within the bounds of the University’s authority.

Emory’s hands-off approach to safe spaces should extend also to trigger warnings. We recommend that professors use these as tools merely as advisories intended to warn students about potentially provocative course content. Such a measure provides students the opportunity to decide if they want to continue with the course. Students who may be reminded of a past traumatic event should not use the system as an excuse to not complete an assignment or to skip a class, but rather to prepare himself or herself for a personally difficult discussion.

But while we recommend that professors provide these warnings as clearly and as early as possible, they are not and should not be required to do so. Universities should not force professors either to include or to avoid these warnings. As a part of the professor’s freedom to teach their students as they deem necessary, they reserve the ultimate authority to decide whether or not to include a trigger warning.

Ultimately, a university administration should allow for the development or usage of both safe spaces and trigger warnings, so long as they do not deviate from the aforementioned definitions.

Freedom of expression is paramount in an academic community, and properly-run safe spaces can be used to reinforce its role in our everyday lives.