On Monday, the Atlanta Braves announced plans to move from their Downtown home in Turner Field to a proposed new stadium 12 miles north at the intersection of I-75 and I-285 in Cobb County. The new stadium should be operational by the start of the 2017 season when the team’s Turner Field lease ends, according to the Braves’ website.

But why should Emory care? Many students aren’t from Georgia, and their loyalties lie with their hometown’s sports teams rather than Atlanta’s. While many students come to this city for four years and then leave for different destinations, Atlanta is still a home for those years, and Emory community members are also members of the local community. And whether you’ve lived here for three months or 10 years, you might be interested in your temporary home’s baseball history and culture.

The new $672 million stadium, which, according to the website, will be jointly financed by Cobb County and the Braves, is located 12 miles north of Turner Field, away from MARTA access. Turner Field, the Downtown home of the Braves, was constructed by the City and Fulton County for the 1996 Summer Olympics, and the location witnessed a cultural milestone when Hank Aaron broke Babe Ruth’s all-time home run record in 1974. If the Braves move, the City has announced that Turner Field will be demolished.

The sudden decision has caused controversy within the local community, especially with the lack of public debate (or even discussions with stakeholders). Locals have also voiced concern over the City of Atlanta’s current plans to build a new stadium for the Falcons and the short 17 years of Turner Field’s existence. The Braves cite chronic traffic and parking issues as reasons for the decision, and that a majority of their ticket holders living north of the city limits, according to the Braves’ website. Financially, it may be better for the team to move closer toward demographics that are more likely to purchase season passes.

Many have voiced concerns about the Braves moving to Cobb, largely due to the lack of transit options available from Atlanta proper to the area. While MARTA is certainly not perfect, the transit system easily deposits riders near to Turner Field, but for now, the new Cobb stadium will have mainly drivers and those who can afford cars coming to games.

Class and racial tensions have existed between the majority-black City and the Metro Atlanta area for decades, especially as MARTA expansion into surrounding majority-white counties like Gwinnett and Cobb have continuously been rejected (see: T-SPLOST). Given the often strained relationship between the city and suburbs, some see the Braves’ move as an abandonment of inner-city Atlanta.

But this issue is complex, and the move might not be all bad. Turner Field certainly has its own problems, including the perpetual gridlock on game day and parking nightmares. The surrounding neighborhoods – Summerhill, Peoplestown and Mechanicsville – have been historically impoverished, and while many profit from jobs on game days, the area is often barren and otherwise undeveloped the rest of the year.

If the City of Atlanta demolishes Turner Field – and its sea of parking lots – Atlanta may aim to redevelop the surrounding neighborhoods. Downtown Atlanta has had few residents and little vibrancy (with the exception of the ever-expanding Georgia State University) compared to the hearts of many other large cities, so the demolition of Turner Field could provide opportunities to grow Atlanta’s center.

This city is an incredibly large mosaic of different identities, and we want our sports teams to reflect that. We hope the Braves will still represent Atlanta, no matter where they are, just as we hope Emory will strive for involvement within the local community.

HB 29: A Rational Discussion by Both Sides Should Become a Priority

Next Dean of Campus Life Should Continue Nair’s Work 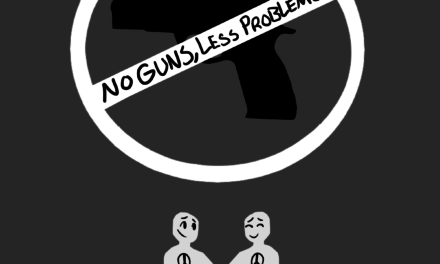