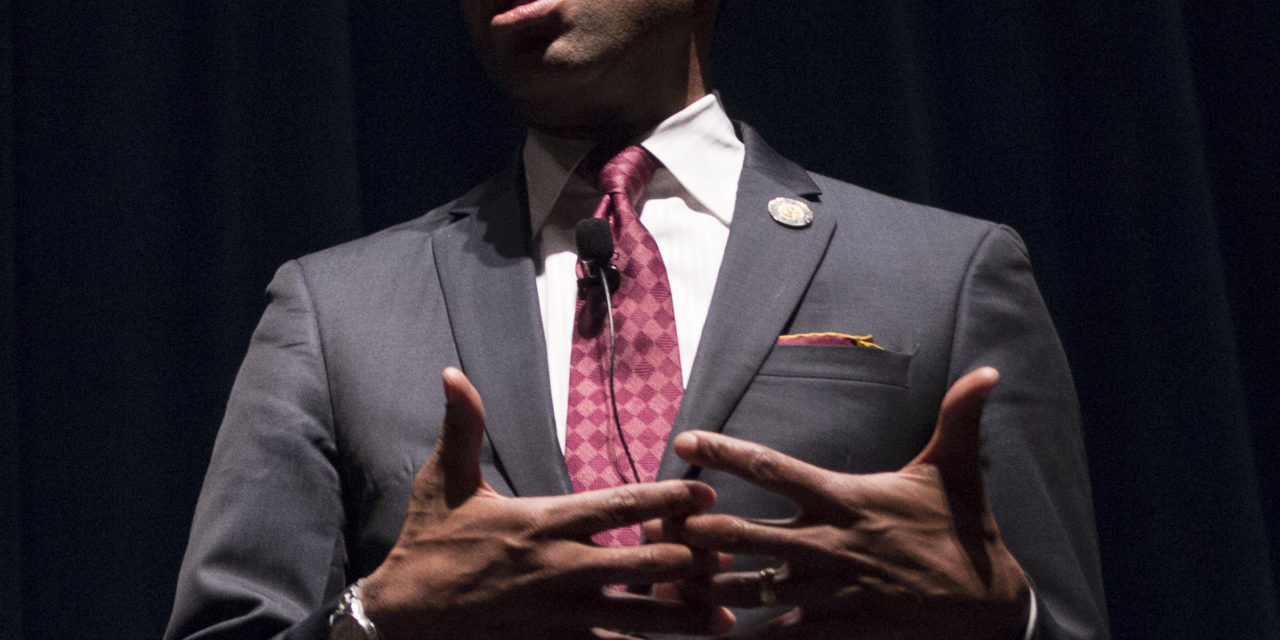 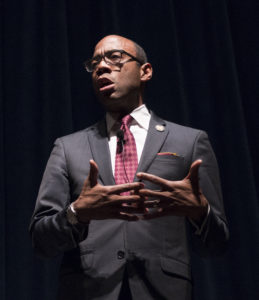 Days after he testified before the U.S. Senate that President-elect Donald J. Trump’s nominee for U.S. attorney general Sen. Jefferson Sessions (R-Ala.) is unfit to be appointed to the Cabinet position, NAACP President and CEO Cornell William Brooks lectured at the Emory University School of Law on the state of civil rights in anticipation of President-elect Donald Trump’s administration. In an interview with The Emory Wheel, Brooks discussed the NAACP’s plans during the Trump transition, Sessions’ “disdain for civil rights” and the national racial climate.

The Emory Wheel: What steps is the NAACP taking to prepare for the Trump presidency?

Cornell Brooks: We are currently opposing the nomination of Sen. Jefferson Sessions to be the attorney general of the United States. We are challenging several of [Trump’s] nominations. We are doubling down on activism and civil disobedience. Our social media or technology outreach has expanded. We are attempting to deepen the multigenerational, multiracial, multiethnic coalitions that we work with.

We see the Trump administration really representing an existential threat against social justice organizations across the board. And what we mean by that is this is not some Faustian choice between liberalism and conservatism, but literally between democracy and authoritarianism, so we are endeavoring to take a very aggressive posture on this. We don’t see this as a moment of detente, … capitulation and compromise, we see this as a moment of constructive confrontation and a moment of globalization. It’s a moment of tragic opportunity.

We don’t see this in partisan terms, but when we have an administration that challenges the core values of the NAACP across the board, we see this as a moment to mobilize and to grow.

EW: In 1986, Sessions reportedly called the NAACP and ACLU “un-American.”

CB: [Sessions] referred to the NAACP and the ACLU as un-American. He said that … we forced civil rights down the throats of Americans. He’s maligned civil rights and civil liberties groups across the years, so it wasn’t just back in 1986. It’s been since then.

EW: You recently testified against Sessions. Can you elaborate on that?

CB: We made the point that his disdain for civil rights isn’t merely a matter of off-the-record commentary but rather off-the-record legislation. So in the same way he’s maligned civil rights, he’s voted against hate crime bills that would’ve extended hate crime protection to members of the LGBT community and to women. He has voted against virtually any efforts to protect the voting rights of Americans. We’ve got this prison-industrial complex that we’re trying to dismantle, and he’s voting for everything to make it bigger, higher and more encompassing. So when he calls us un-American, the things he supports are profoundly un-American.

To show you the depth of the opposition, Sen. Lindsey Graham (R-SC), after I testified, said, “The NAACP has given Sen. Sessions a failing grade because of his poor record, you’ve given me a failing grade because of my poor record and you give Democrats great grades. … Isn’t this a matter of Democrats versus Republicans?” I said, “Well no, we grade people based on legislation, not on party affiliation.” He then says, “You’re essentially saying we’re all racist because we take different philosophical views.”

We don’t call anyone racist unless the term applies. But what we do say is you are anti-anti-discriminatory legislation consistently. Where you have senators exercising not senatorial privilege but almost a kind of white privilege on steroids, that’s where we are. Where you have Michael Brown’s Ferguson, Freddie Gray’s Baltimore, Sandra Bland’s Texas, Laquan McDonald’s Chicago, Jamar Clark’s Minneapolis, how then do we have an attorney general whose … law and order [is] in the most Draconian and Nixonian terms. How then do you have an attorney general who is looking to block more people out? [It] doesn’t make any sense.

We are standing firm on our position and, this many years later, we still contend that we are not un-American.

EW: Who would make a good attorney general?

CB: I think somebody like [former Massachusetts Gov.] Deval Patrick would be an excellent attorney general.

EW: Will the NAACP be protesting at Trump’s inauguration?

CB: We don’t announce our plans before we execute them, but I wouldn’t be surprised.