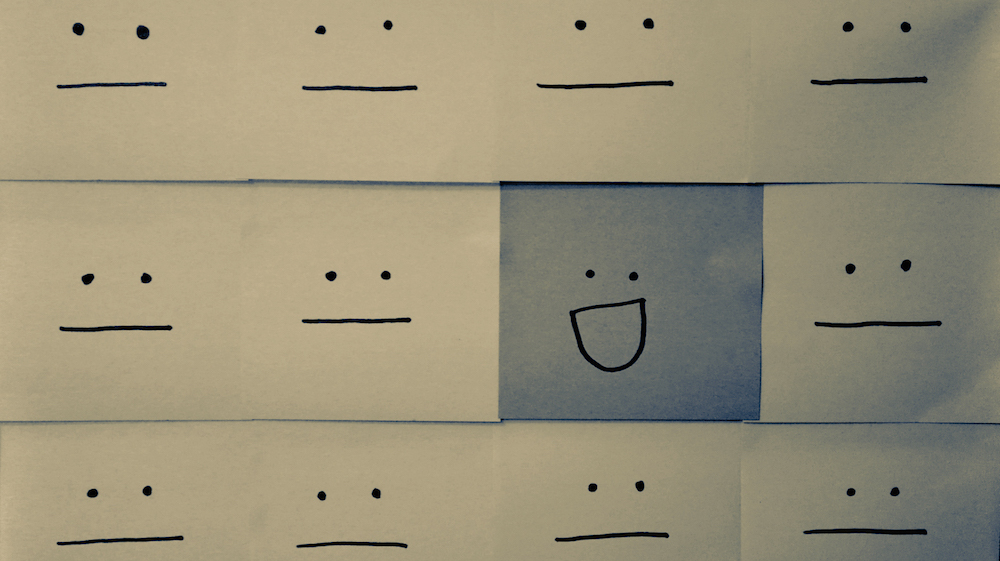 It is difficult to be happy at Emory. I recognize that I am extremely privileged to be a student here, and in no way do I intend to undervalue the education I am receiving, the faculty and staff who work hard to make this university better and those individuals who are impacting the Emory community in a positive way. All of these things are what will make Emory an even better academic institution in the future. But the truth of the matter is, for students to be happy at Emory, many different factors must align.

The first factor is the desire to attend Emory. Often when I ask why people chose Emory, the response is that they didn’t get into their top choice college. Many of these are Ivy League institutions, leading to the half-joking, half-serious labeling of Emory students as “Ivy League rejects.” For some, Emory was even a “safety school,” or a school that they applied to knowing they would be accepted. Many students did not desire Emory as their first choice, and a number of them are not happy to be here.

A second problem is that Emory builds a reputation among students as a school that takes other universities’ rejected applicants. This is unfair to the University as an academic institution, which is on par with and in some areas — such as biology and creative writing — outperforms schools with a higher ranking. Emory deserves to be recognized for its academic merits, and the faculty here deserve credit for the work they do to make Emory the way it is.

Of course I am not saying that all students who choose to attend Emory wanted to attend another university instead, and for those students whose first choice was Emory, I applaud their ability to see beyond names of other universities and choose an institution based on its own merits and one that suits their needs. My concern is only that if students who attend Emory continue to perpetuate this idea of Emory as subpar, a cycle of unhappiness will develop among the students here.

The second major factor that contributes to a student’s happiness at Emory is the financial security to support their education, whether they are able to pay or receive aid. Emory offers few merit-based scholarships outside of the Scholars Program.

For many of the students I have spoken with, financial aid is not as good as they would like it to be. Understandably, the level of financial aid that Emory can provide is not the same as that of state schools because it is a private institution, but increasing the number of merit-based scholarships would help attract students to Emory and make them far happier. It is stressful to have to think about affording tuition, housing and books on top of living expenses all while being a student. For some, the post-graduation years will be filled with paying back student loans that will, in some cases, be more than a few years of their starting salary. Money is always a source of stress, and the stress that finances cause on Emory students is another reason why the happiness of some students might be limited.

The third major limiting factor to happiness at Emory is one’s choice of major or area of study. It is no secret that the stereotypical Emory student is on a pre-med or pre-business track. The stigma against humanities and social sciences majors is a topic for another editorial, but what many students don’t realize is that their choice of major could be limiting their happiness. To Emory’s credit, there has been a strong push to increase promote areas of study in the arts departments, especially theatre, and actively advance these relatively small programs.

However, if you find yourself in a medium-sized department that is just big enough for the University to declare as successful but small enough that it is overlooked for funding and publicity, it can be difficult to feel as though you are getting the same amount of attention as larger departments like biology and chemistry. For students in these areas it may be difficult to find classes that are relevant to their major or interests due to a lack of available professors to teach these courses.

Enrollment is stressful for every Emory student, but for students who only have one or two courses being offered per semester that can count toward their major, the period before enrollment can be even worse. Planning a course load for one of these medium-sized majors can be worse than trying to enroll in a class for one of the more popular majors, because there is a severe lack of substitute courses that could be taken in their place. This in turn makes it difficult, in some cases, to satisfy general education requirements.

Aside from the three factors I’ve mentioned, there is another social factor that influences happiness here: an overwhelming desire to prove oneself in the context of Emory. As I’ve mentioned, many Emory students had dreams of attending other universities. I believe that many of the students here at Emory would be successful at Ivy League institutions and that the same traits that would allow them to be successful there are driving them to create an environment that is highly stressful.

Earning an A in every class is a difficulty for some students due to personal pressure, familial pressure or future career goals, yet it is an expectation that they set for themselves. They are then forced to make up the difference. If they earn lower grades than other students, they participate in extracurricular activities.

Instead of treating school like their full time job, students take on other commitments in order to make the best of their time at Emory, or perhaps to “make up” for not attending an Ivy League school, or even to get the most out of the large amounts of debt they are accumulating in order to be here. The unhappiness felt as a result of the three previous factors not being fulfilled causes some students at Emory to mentally compensate for their attendance here.

Students often have this mindset so ingrained that they hardly notice it, which I feel poses a risk to the University. By identifying Emory’s three basic determinants of happiness and addressing the concerns of students struggling in these areas, the University can foster an environment in which students are less stressed and more reflective of the academic level that Emory has achieved.

Alli Buettner is a College junior from St. Louis, Missouri.