One game away from their season finales, Emory soccer stays alive 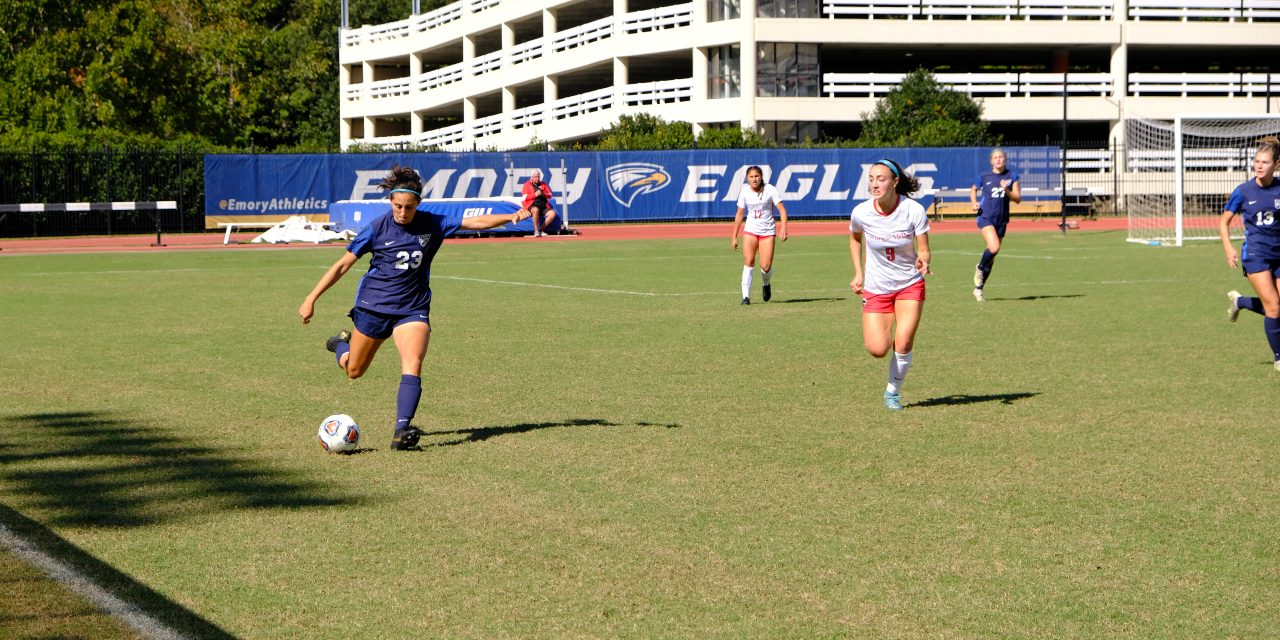 The men’s team played their second consecutive overtime game after losing 1-0 to Brandeis University (Mass.) two days earlier. Although the first half was scoreless, it was not without action. NYU’s offense came out the gates attacking and pressuring the Emory defense, attempting eight shots to Emory’s three. Senior goalkeeper Jack Hudson had several spectacular saves that kept the Eagles in the game.

The start of the second half saw the Eagles break the stalemate, with senior forward Nate Sampson scoring the first goal of the game at the 58 minute mark off an assist from senior midfielder Max Mehlman. Sampson credits the halftime adjustments for the team’s offensive energy in the second half.

“[NYU] was playing with a very high defensive line, so we attempted to get in behind a lot more and made a few personnel changes,” Sampson said. “I think going into the second half, seeing how they came out in the first and being able to … exploit the weaknesses in the second half was beneficial for us.”

The Violets attempted to respond in kind. NYU junior forward Talal Said had an opportunity to tie the game 16 minutes later on an empty Emory net but was denied by an extraordinary sliding save from senior defender Josh Berman. However, NYU did not miss their next chance. Sophomore midfielder Daniel Comas-Sanchez, with help from junior midfielder Alex Rovirosa-Illa, came through in the clutch to tie the game at 1-1 with about four minutes left in regulation. The goal ultimately sent the game into overtime.

Sampson was prepared for the extra play time after the team’s disappointing overtime loss to Brandeis two days prior.

“I think the biggest thing was just learning from our mistakes on Friday,” Sampson said. “As a team, we’ve had a lot of success this season. And I think having that adversity Friday should help us in the long run.”

The loss helped in the short run, too. With the score still sitting at 1-1 and 42 seconds left in the first overtime period, Sampson sealed the game for Emory with a free kick that saw the ball hit the goalkeeper’s hand and the post before falling into the net.

The bounce back victory over the No. 1 team in the University Athletic Association (UAA) gives the men’s team a much needed morale boost, but also a sobering lesson on their chances to clinch the UAA title. The Eagles not only need to win their next match against the University of Rochester (N.Y.), but need a tie between the top two schools Washington University in St. Louis (Mo.) and the University of Chicago (Ill.) and for NYU to lose against Brandeis, and that’s without accounting for the goal differential tiebreaker.

The women’s team came into Sunday’s match against NYU also looking to bounce back from a tough loss on Oct. 29 against Brandeis. Friday’s match saw two of the Eagles’ three total shots on goal come in the final eight minutes of regulation. Like the men, the women’s team looked to improve on their mistakes and set the tone for a competitive game from the kickoff.

The Eagles had four shots on goal out of five attempts in the first half but failed to find their way past the tight NYU defense anchored by sophomore goalkeeper Riley Felsher. The Violets were similarly unable to find their rhythm on offense, totaling just three shots and none on goal.

However, the Violets flipped the switch and matched the aggression in the second half in what looked like a reversal of the first 45 minutes. Head coach Sue Patberg was unfazed.

“Sometimes that’s just how soccer is,” Patberg said. “One half can be one way, and the next half could be a little bit different. But I think we just had a harder time finding the ball and finding rhythm. NYU is a pretty physical team, and I think they just did a really good job of taking away the center of the field, which is a lot of our strength.”

NYU penetrated through the Emory defense repeatedly and took six shots, five of which were on goal. All were stopped by junior goalkeeper Emma Miller, who took over in net in the second half. Miller praised the Eagles’ teamwork against the persistent opposing offense.

“It’s always a team effort,” Miller said. “I had a really good defensive line in front of me, as well as the midfielder in front of them and the forwards in front of them. We worked really well together, the communication was there. I think that we just really need to find the back of the net in our next conference game.”

The Eagles had only one shot on goal in the half, which was unsuccessful, leading to an overtime battle for the women’s team as well.

Neither side was able to pull ahead during both overtime periods. Combining for five shots, the Violets and Eagles continued their back-and-forth contest in the midfield. NYU had the only shot on goal post-regulation during the second overtime period. The game ended with a scoreless draw, giving the Eagles their first tie in the UAA this season and bringing their overall record to 11-4-2 and their conference record to 2-3-1.

Despite the unwanted result, Patberg is proud of how the team fought through adversity.

“We had a lot of players that were injured, …had to play out of position [and] played far more minutes than they’ve had to in previous games,” Patberg said. “I was proud that with all the travel and with the injuries and going into overtime, that we didn’t concede a goal, because that would have really been detrimental to our season right now.”

Regardless of the results, looking toward the NCAA tournament is still the goal, Miller said.

“Who you have beat in the past, who they have beat in the past, wins or losses, before your game against that opponent that day, [records] all go out the window,” Miller said. “Two games on the road are not easy, but I think under the circumstances we are pulling along and hoping to get a win this coming weekend to hopefully make the tournament.”

Both the men’s and women’s teams play their season finale at Rochester, New York, next weekend on Nov. 6. 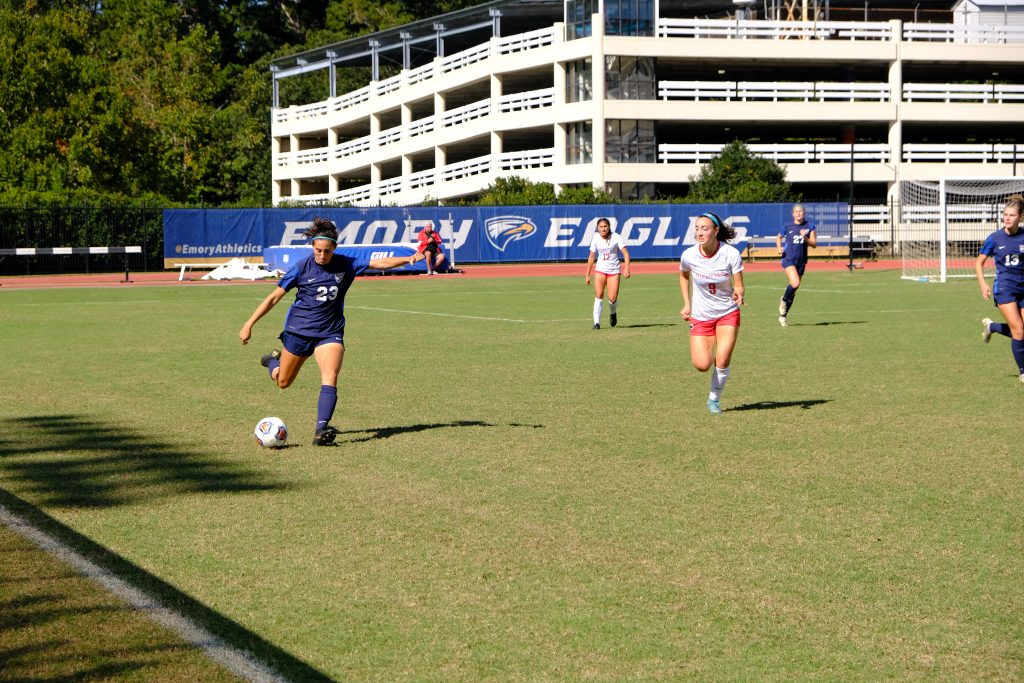 Defender Peyton Robertson kicks. the ball upfield during a game against Carnegie Mellon University (Pa.) on Oct. 17. The women’s soccer team is now 2-3-1 in UAA conference play after a loss and tie this past weekend. (Lin Yu/Staff Photographer) 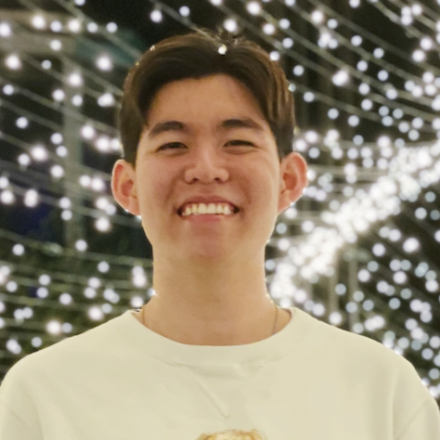 Student-athlete 101: How to balance academics and athletics