‘Once Upon a Time in Venezuela’: A Beautiful Movie About Ugly Politics 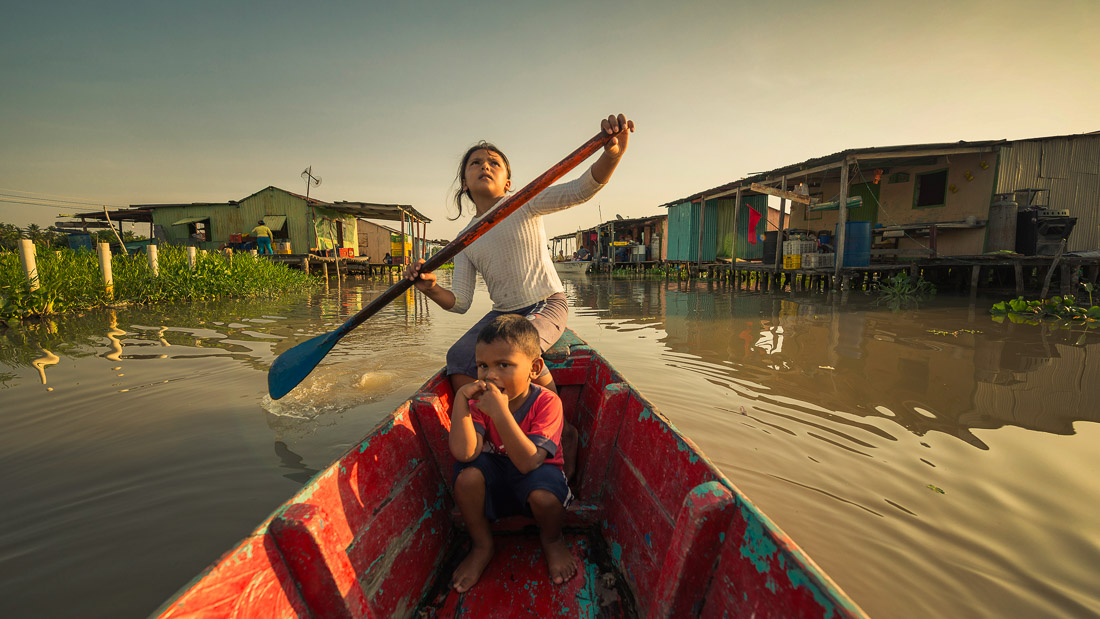 New England local politics are American national politics in microcosm: loud, drawn-out, vicious and needlessly complicated. However, the interpersonal aspect is unique: nowhere else will you know your representatives as neighbors — with all the good and bad that implies — before you see them as political figures. I was raised by small-town politicos, who, with a deep investment in their community, drilled into me the importance of attending town meetings (the quintessential element of rural New England politics) and staying informed on local issues. This kind of civic pride, which manifests as an urge to both defend and criticize one’s community, animates Anabel Rodríguez Ríos’ new documentary, “Once Upon a Time in Venezuela.”

Ríos’ film, which screened at the 2020 Atlanta Film Festival, portrays the community of Congo Mirador, Venezuela, perilously constructed on stilts above the waters of Lake Maracaibo. The floating village is plagued by sedimentation: the buildup of dirt and debris that kills fish, pollutes the water and brings pests. The only solution seems to be to dredge the mud by physically scooping and dumping it somewhere else. Congo Mirador is also plagued by sedimentation of a different kind: the political corruption and ineffectiveness of the ruling socialist party, which has left the village hopeless, atomized and impoverished. This second problem only compounds the first, and we watch as conditions steadily deteriorate over the film’s seven-year filming period. The physical village begins to disintegrate as people load their houses onto the backs of boats and set out across the water in search of a better life.

The film centers on two women: Tamara and Natalie. While Natalie and Tamara are united in their desire to help the village, they are divided on every other issue, including politics. Tamara is the local socialist official, a neighborhood busybody with the force of the ruling United Socialist Party of Venezuela behind her. She spends her days lounging in her hammock and trolling the village waters in her boat buying election votes with cell phones and bags of rice. She is a typical authoritarian bureaucrat, both sinister and slightly pitiful. Natalie is a teacher and a mother who struggles in the face of poverty and political pressure. A member of the opposition party, Natalie faces harassment from Tamara and the Chavistas and struggles to obtain adequate school supplies from hostile supervisors. The election of a series of opposition politicians in 2011 brings the village some fleeting hope. It also provides Ríos with some exciting footage of villagers racing up and down the waterways in their boats, cheering and waving signs. The narration informs us that these elections were “the last democratic act in the recent history of Venezuela.” About a year and a half later, in 2013, the brutal Nicolás Maduro seized power in a rigged election and remains in power to this day. Natalie’s friend describes the situation thus: “Here it’s getting ugly. It’s all f*****.”

The film ends on an ambiguous note, with a faint hint of hope amid despair. We see Tamara turning away from the slaughtering of her hogs as Natalie sets out on her floating house. The camera stays with the two women up until the very end, lingering on Tamara’s rigid back before following Natalie out onto the water and into an uncertain future.

Ríos’ gorgeous cinematography finds beauty amid the ugly politics. Ríos’ filmmaking recalls her 2013 documentary short film “The Barrel,” which features the children of Congo Mirador who repurpose empty oil barrels as boats, paddling under the floating buildings of their village to explore the artificial grottos beneath. The camera is an active participant in village life. The people of Congo Mirador talk to it, sing to it and invite it into their homes. At one point, a young man holds up a bullet to the lens as if offering it as a gift. The effect reminds us that this subject is personal for Ríos, that the decisions being made by people like Tamara have real, often deadly, consequences.

Ríos firmly grounds her film in the exigencies of village life and small-town politics. The film takes place far from the grandiose speeches and ceremony of the metropolises of Caracas and Maracaibo. In Congo Mirador, politics are personal and dirty.

“In Encontrados, you only get 300 bolivars for your vote,” Tamara tells a man. “The best-treated voter is from Congo.”

“Once Upon a Time in Venezuela” is an excellent political documentary conscious of the fact that audiences often care about people more than policies. The effect can sometimes be disorienting, and I needed to do a small amount of background reading to fully comprehend the Venezuelan political situation. However, I found Ríos’ depiction of small-town life disturbingly familiar, and I expect many viewers from similar backgrounds will as well.

Altobelli’s article features in a three-part review of films shown at the 2020 Atlanta Film Festival. Read the other two articles here.