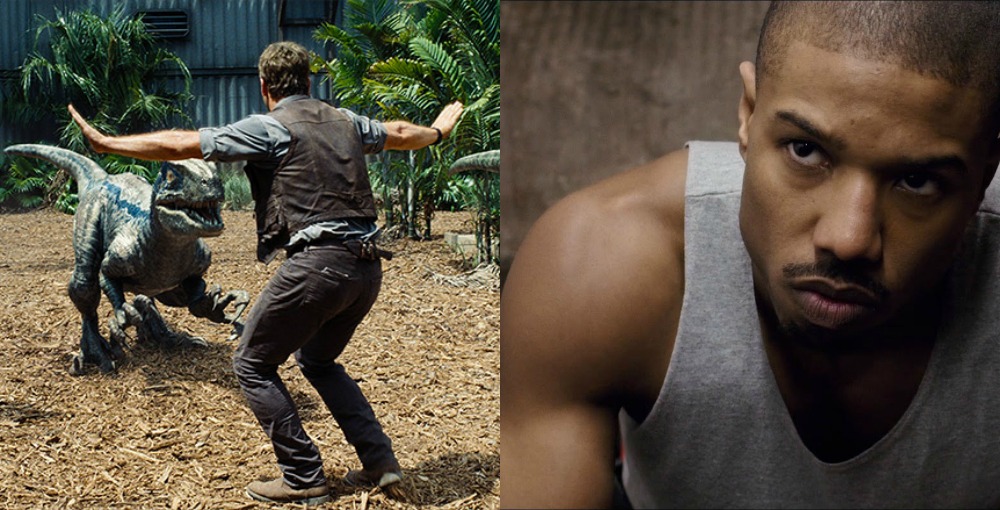 I hate Jurassic World like it did something to me personally.

I don’t have any particular attachment to the Jurassic franchise outside of the near-flawless first film. I’m also not a particularly huge fan of anyone in the cast, outside of Chris Pratt, who I consistently find delightful.

Yet this movie just seemingly pisses me off for a reason that I don’t quite fully understand and one that will certainly remain so until it’s uncovered by a therapist. But, I think I have a hunch, and I think it’s one that can also be explained by how amazing the film Creed is.

Creed is a film that has grown men breaking societal gender roles to talk about how much and how hard it made them cry — that has to be something special. And as a piece of craft, it’s amazingly written, wonderfully directed and acted and, most importantly, a near perfect franchise revival.

In fact, it’s so damn good that it brings to light how poor of a franchise revival Jurassic World is and how little respect it ultimately shows its franchise. And considering that it’s one of the biggest films of the year in a style and in a business that always follows the profit leader, it’s important to look at the filmmaking lessons it teaches and at the better alternatives we have.

Both Creed and Jurassic World start at the same place in relation to the last film that is recognized in their respective franchises. A new person or group of people pick up the legacy of the original group a couple decades later and essentially must face the same trials and travails of the original group, just in a new world with all the changes that 2015 brings.

In Jurassic World, the original disaster of a park gives way to the theme park Jurassic World, which is much more of a Universal Studios or Six Flags than the safari of Jurassic Park. Seemingly without learning the lessons of playing God that Jurassic Park taught, the park begins tampering with the genetic material of the dinosaurs to create a new and ever-escalating spectacle for a world that has become desensitized to what already existed.

In Creed, champion Rocky Balboa is long retired, his legacy felt throughout Philadelphia. But this film is not his story. Instead, it’s the story of Adonis Creed, the son of Apollo Creed, Rocky’s greatest rival. Adonis never knew his father, but he knows the desire that Apollo had to fight. He seeks out Rocky to train him to become a fighter like his father, and to perhaps also understand his father and the legacy that he left behind. And also, he wants to be able to go, in his own way, past that legacy.

So, the clear understanding is that each of these films understands that they’re following a film that meant a lot to audiences (Jurassic Park and Rocky, respectively). Each, in its own way, seeks to ape and bring their own twist. And, of course, each borrows symbols, icons and motifs from the originals to find their place in the current film landscape. That’s what we can focus on, because it is in those borrowings that we understand how each film treats its franchise. It comes down to respect and “earning it.”

Let me explain “earning it.” In film storytelling, we might say that a film didn’t “earn” an ending —  the film didn’t connect its ending to its themes or narrative actions. Often, this manifests itself in an unearned happy ending.

For example, in a film that spent the whole time with its characters doing terrible things or being generally unlikable people, we as an audience would feel pissed off if they got the chance to be happy at the end of their story because we wouldn’t feel they earned the right to be happy.

As we judge that, we can judge use the use of callbacks to previous films in the franchise because those films are ostensibly picking up on and carrying their legacy forward. But if the film itself doesn’t use that legacy properly, it can feel unearned. It shows a lack of respect for the films that puts a nasty taste in my mouth, one that I believe starts any revival on the wrong foot.

Let’s take the classic themes of each franchise. Jurassic Park’s dreamy, majestic John Williams-composed theme instantly takes you to a world that until then you only imagined, one where dinosaurs walk the Earth. It’s used in Jurassic World for the first time when you see the theme park…the big, crowded, terrible-looking theme park. It’s then used over and over again, weaved into the soundtrack. While only used to punctuate the first major scene in Jurassic Park, it’s used as an attempt to punctuate every scene in Jurassic World, diluting its meaning and making the theme feel like a cheap ploy at manipulating the audience. It’s a cynical move, one that turns the iconography of Jurassic Park into meaningless marketing.

Bill Conti’s punchy, energetic theme for Rocky passed quickly into the pop culture world as a signifier for overcoming adversity — the underdog story. It’s everywhere and it’s a song that you’ve probably run to or heard in the gym and felt a little more pumped for the day. It’s used famously and passed into fame during Rocky’s training montage in the first film, yet Creed holds it back. It teases at it, creates its own songs and waits for the proper moment. Then, during the final fight, when Adonis overcomes and gets up, ready to make one last big stand, proving that he’s earned the same respect that Rocky earned, the film blasts the theme on a shot of Adonis, completing his positioning as Rocky and Apollo’s successor. Adonis earned our respect, and therefore, earned that song.

These two examples weave throughout the fabric of each film. Each treats all the signifiers in the same way. Jurassic World seeks to use the iconography of its predecessor to manipulate, as symbols with no meaning besides the thrill of recognition. Those little callbacks, such as the use of the T-Rex from Jurassic Park at the end of Jurassic World, have no thematic purpose besides nostalgia.

And sure, Creed is equally saturated in the thrill of recognition. But each and every usage has meaning, each and every icon has been earned. The film is about legacy, about earning and surpassing legacy and that is where respect comes in.

Fundamentally, Jurassic World doesn’t respect its franchise. It thinks it does. It thinks saying how awesome Jurassic Park was and casting a side-eye at how it’s not “good enough” for us anymore is sufficient respect. But the use of that iconography so cynically and so pointlessly, makes it feel like Jurassic World simply wants to use Jurassic Park without ever following it up.

This is not where Creed goes. It understands the legacy it comes from and is very careful to make sure it earns the use of those moments. More importantly, it adds so much on top of it. It creates its new characters, its new world, with plenty of respect for the world it came from.

This is the blending that Creed achieves and Jurassic World does not.

As we barrel towards Star Wars: The Force Awakens and its oncoming domination of our culture, these lessons must be kept in mind. Perhaps no franchise revival is bigger than Star Wars, and I think it’s hard to argue that it’s not a franchise that will require a lot of respect. As such, despite the decision to put Trevorrow in charge of one of the main films, we can hope that The Force Awakens will set a Creed level of respect and brilliance in franchise revival.

Or, you might want to be ready for the biggest disturbance in the Force you’ve ever seen.