Lil Uzi Vert’s first studio album lived up to lofty expectations, as “Luv Is Rage 2” debuted at No. 1 on Billboard’s Top 200 Albums chart. The rapper from Philadelphia made waves with his mixtapes “Luv Is Rage” and “Lil Uzi Vert Vs. The World.” Highlighted as one of rap’s rising stars, many associate him with the new wave of “mumble rap,” a subgenre that music critics have deemed lazy and uninspired due to its poor lyrics. Yet, on his newest album, Lil Uzi Vert evolves to portray his emotions through  a dark, moody project that displays his ability and energy.

Perceptions of Lil Uzi Vert began to change after he released the single “XO Tour Llif3” from this newest album. The song offers a new iteration of the rapper’s music to the public, as Lil Uzi Vert croons about his ex-girlfriend in a vulnerable way that allows listeners to better understand Lil Uzi Vert as a person, rather than as a famous rapper enjoying a carefree lifestyle.

Lil Uzi Vert’s new album provides insight into his personal life in a way that his past songs did not. “I don’t really care if you cry,” he opens over a melodic spacey beat. The lifestyle he once glamorized begins to be shown in a different light, as his breakup with his now ex-girlfriend and his subsequent coping mechanism — drug use — is explored. “XO Tour Llif3” is where Lil Uzi Vert’s evolution begins; he no longer is carried by the heavy 808-laced beats of his past hit, like “Money Longer.” His past hits featured topics that offered little substance, and were more popular for their underlying beats than for his lyrics. But “XO Tour Llif3” is different and more compelling because of Lil Uzi Vert’s newfound introspectiveness and his vocal delivery. He sings the chorus with a strained voice that almost cracks from sadness, a unique style not often heard in rap music. That vocal delivery elevates his music and lyrics, as the feelings he wishes to express can be tangibly felt by the listener, compensating for any subpar lyricism.

And yes, Lil Uzi Vert, for all of his positive attributes, is a mediocre lyricist. He won’t bring the elite rhymes or wordplay of a Lupe Fiasco, nor will he provoke your thoughts through vivid storytelling like Kendrick Lamar. He still glamorizes the lifestyle of fame, women and drugs on some songs meant for parties. Tracks from the album like “Sauce It Up” and “Early 20 Rager” follow that formula: They don’t offer anything innovative or new and, as a result, have less replay value. Though they are nice to listen to when driving around or at the club, they don’t separate Lil Uzi Vert from other rappers in similar lanes, like Travis Scott. These songs also lack relatability, as Lil Uzi Vert’s uninspired lyrics don’t prompt the listener to feel any attachment to Lil Uzi Vert or the music he’s making. Lil Uzi Vert brings a more traditional energy and vibe to these tracks, but ultimately doesn’t fit into the unique vibe of the rest of this album.

The songs that capture the persona of Lil Uzi Vert through introspection are excellent. Standout track “The Way Life Goes” hits especially hard, as he samples and covers alternative group Oh Wonder’s “Landslide.” Simple lyricism hits effectively through his exquisite timing and delivery; on “The Way Life Goes,” Lil Uzi Vert raps a quick first verse about a past love that ends with the simple but effective line: “But I like that girl too much, / I wish I never met her.” Letting the beat ride out for a few seconds, he allows time for the listener to feel the line’s impact, to remember their own past loves. He then follows it up with a somber delivery of the chorus: “I know it hurts sometimes but you’ll get over it. / You’ll find another life to live.” Later in the song when he returns to the chorus, he sings the same lyrics but in a higher pitch, with the words dragged out, almost choking up. His pain can be felt through this shift in his vocal delivery, truly establishing a tangible atmosphere.

On “Dark Queen,” he serenades his mother, yet it feels as if Lil Uzi Vert is begging for forgiveness from his past sins. “She don’t want me locked up. / Momma I’m gon’ wash up,” he sings, highlighting his desire to stay out of jail in an attempt to make his mom happy. On “UnFazed,” he offers more insight into what personal troubles he intends to stay away from, including drug abuse and those who attempt to leech off of his fame and money. Painful incidents such as Lil Uzi Vert’s breakup with his ex-girlfriend and his struggles with fame are prevalent themes throughout the album, yet a positive attitude still emerges. On “X,” an optimistic outlook appears as he raps, “Yeah my life’s a mess, but I’m also blessed,” throughout a faster, poppier upbeat track. Features on the album are used sparingly, with artists like Pharrell Williams and The Weeknd making appearances. They all deliver solid features — but no one steals the show from Lil Uzi Vert.

With his most cohesive project yet, Lil Uzi Vert capitalizes on his strengths in his debut album, shining more often than not. As he opens up to the mainstream, people should begin to notice his artistic ability. With past hits, he could’ve stayed where the waters were safe, but he took risks and experimented with his music. As a result, he has emerged with a unique style, catapulting him to the forefront as one of rap music’s biggest stars. 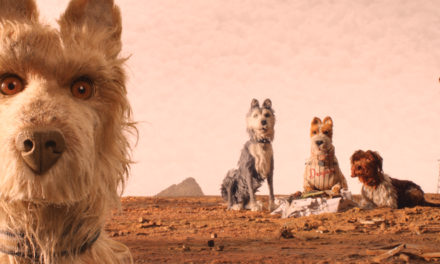 ‘Isle of Dogs’ Boasts a Strong Pack of Good Boys