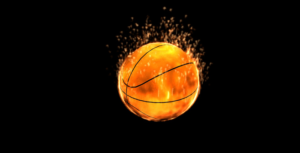 “It’s been one of those years, but we are going to go down swinging to the bitter end.” — Jimmie Johnson, before last weekend’s race at the Charlotte Motor Speedway Roval

Sure, the Braves might’ve clinched a playoff spot last weekend. And sure, the United States got blown out at the Ryder Cup. But the weekend’s most interesting sporting event belongs to NASCAR ー that is, if you think it’s a sport.

NASCAR fans are used to watching drivers race on ovals and road courses, but this weekend they were treated to the debut of the Charlotte Motor Speedway Roval ー a track that combines the banked turns of an oval with the left and right turns of a road course.

And it was glorious.

Though the course was slightly reconfigured after Darrell “Bubba” Wallace Jr. and Erik Jones managed to destroy their cars in practice, the race itself still had plenty of wrecks. In a late-race restart, then-leader Brad Keselowski brought out another caution after driving his car headfirst into the Turn 1 wall.

Yet those car-eviscerating blunders pale in comparison to Johnson’s attempted last lap pass of Martin Truex Jr. for the lead. Coming out of the track’s final right-hand turn, Johnson clipped Truex, sending both of them skidding and opening the door for third-place Ryan Blaney to take the checkered flag.

But it gets worse.

This race was a playoff elimination race — only the top 12 drivers advance to the next round. After recovering from his spin, Johnson crossed the finish line in eighth position, tying with teammate Alex Bowman for 11th place in the points. That is until, Kyle Larson plowed his car into the front-stretch wall to compensate for his blown-right front tire, passing a stalled Jeffrey Earnhardt to capture a 25th-place finish and an extra point.

A point that tied him with both Bowman and Johnson.

And with Bowman and Larson controlling the tiebreakers, seven-time NASCAR Monster Energy Cup Series champion Jimmie Johnson thus eliminated himself from title contention. So if that guy you’re socially obligated to interact with before class tries to talk to you about how close that Ohio State game was, how disappointing the Falcons’ near-win was or, especially, how good his weekend was, your sagacious On Fire correspondent permits, nay, commands you to ignore him.

There is only one sport in the world where the whims of track owners and executives are so unchecked that an entirely new genre of venue can be debuted in the middle of the playoff schedule without much recourse.

There is only one sport in the world whose CEO and chairman can impose ridiculous, ad hoc drug sanctions only to get himself arrested for drunk driving with oxycodone in the car.

And that sport is NASCAR. So if you haven’t been following the attention-starved downward spiral of America’s best reason to drink on a Sunday afternoon, you should be.