On Fire | An All-Too-Predictable Summer

“I attempted to bet on myself but was denied”- Floyd Mayweather

Summer is over, school is here, and one thing is as certain as OPUS crashing exactly at your enrollment time: the return of On Fire. After a summer spent watching SportsCenter reruns until the wee hours of the morning, your On Fire correspondent returns to the sports page, bursting with useless sports knowledge. While the comforting lullaby of Scott Van Pelt’s voice has been replaced with a nagging alarm that begs the question, “Why the hell did you schedule an 8:30 a.m. class in the North Decatur Building?” the thesis of this summer remains unchanged: It was all too predictable.

What does your On Fire correspondent mean by this? Well, let’s start with the NBA Finals. As was the case last year — and even the year before that — the same two damn teams were in it again. Even the Mayans (we’re still here, liars) foresaw a Golden State vs. Cleveland matchup. And shocker: the Warriors won after they acquired Kevin Durant — you know, the guy who changed locations for the most convenient opportunity for success (ahem, Kaldi’s business strategy). Anyway, no shocker there; we’re probably going to have another Warriors vs. Cavs matchup come June 2018.

In baseball? As per usual, the beloved Home Run Derby champ has experienced a post All-Star break slump. Aaron Judge, the best gap-toothed New York athlete since Michael Strahan, absolutely mashed baseballs in the first half of the season. And, to no one’s surprise, hitting 40 mph pitches in the Derby messed with his timing in the second half. His Derby performance, during which Judge hit the baseball a combined distance of nearly four miles, has been juxtaposed by his newly set record of most consecutive games with a strikeout … ever. Regardless, you know every guy named Tony in Brooklyn still chants MVP whenever Judge’s name is mentioned.

Most recently in the tale of predictable sports outcomes, one of the greatest boxers of all time bettered his career record to 50-0 by defeating an opponent that doesn’t actually box. Sure, Conor McGregor held his own in the ring, but the fight was equivalent to Tim Tebow hitting against Clayton Kershaw. Tebow is decent enough to not look like a complete idiot in this hypothetical batter’s box, but at the end of the day, Kershaw is still pitching. Nonetheless, your On Fire correspondent was lured into spending money to watch the fight with the mere optimism of “Hey, maybe something crazy might happen!” It didn’t. Rather, your On Fire correspondent burned both money and time — just like when you wait in line at Mag’s just to have your ID taken.

However, as summer has ended, there is reason for excitement: Football season is just around the corner. And honestly, who knows what surprises lie ahead? Maybe Alabama will compete against someone other than Clemson in the National Championship game this season. The possibilities are endless. 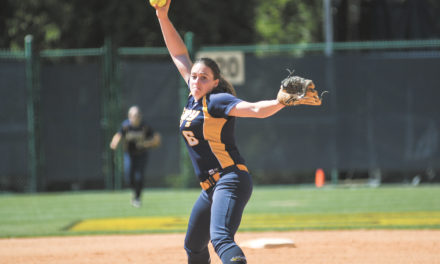 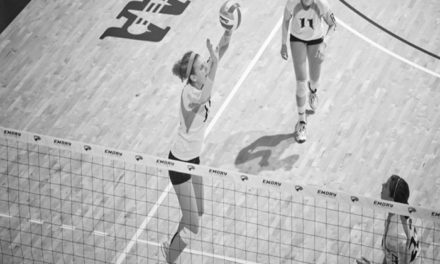 Off the Court with Jason Zimmerman