Let us take a moment to accentuate the aesthetic importance of the name of a sports team.

If the ‘Miami Heat’ were called the ‘Miami Lukewarms,’ they would not pack the competitive punch they do now (or don’t, whatever – our On Fire Correspondent is a staunchly unbiased journalist). However, the name of a sports team can also serve as an obfuscating factor.

“What is a Heat?” you may ask. “What constitutes a Green Wave?” you may desperately inquire. “Why is anything in the world called the Ragin’ Cajuns?” you are hopefully not wondering.

All this does is distract from the talent (or lack thereof) of a sports team. Thus, given the Atlanta Braves’ tragic uprooting from Turner Field to the barren purgatory that is Cobb County, they ought to take this opportunity to reconsider their name in an effort to shift the focus from their, let’s face it, pretty mediocre competitive record.

Your On Fire correspondent proposes that they rechristen themselves the Cobb County Compadres.

This way, despite Cobb County having a notably higher percentage of whites than Fulton County, the decision to move to an irredeemable wasteland will be construed as less racist.

When people talk about Atlanta’s baseball team, they will not make generic statements like “oh yeah, they’re a good team … I guess.” Instead, they will be confounded and slightly perturbed by the new name’s potential imperialistic implications.

2. Nobody Cares About Cricket

But seriously. Why does ESPN cricinfo exist?

3. Why Not Talk About the Olympics Three Years in Advance?

Since imperialism seems to be coming up a lot lately, we at On Fire would officially like to voice our frustration that the next two summer Olympics games will not be held in English-speaking countries. While we love to travel, having to translate sports commentary in rapid Portuguese is not something we look forward to.

Why must we translate this when there will be perfectly fine English coverage of the games, you ask? Oh. Good point.

But when the Winter Olympics come around we’ll be begging for someone else to cover them. Where are those happening again? Madrid? Mars? 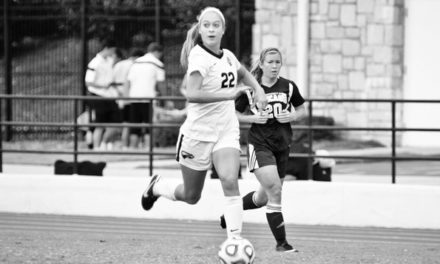 Women End Season After First Round of Nationals