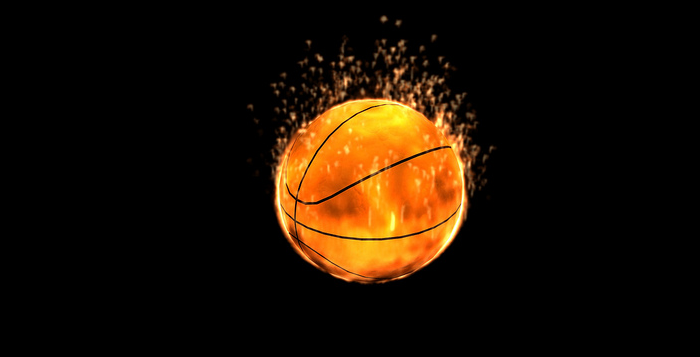 Your On Fire correspondent has recently learned that his (or her) loyal readers often lose touch with their favorite sports when they’re back in — dare he (or she) say it — the Emory bubble. That is, the metaphorical bubble, not this lonely website. So, your On Fire correspondent has found — and stripped down for your consumption — the most important recent events in sport.

HBO has applied for a patent for new technology that would measure boxers’ punch velocity and impact, according to Digital Trends.  Since the mid-1980s boxing has been scored using CompuBox, which is really just a computer program that allows judges to input the punches that they see boxers land. Think glorified Excel sheet.

The issue with CompuBox is that it leaves a lot open to human error. Wouldn’t we have all felt better about the technical defeat of Manny Pacquiao by the coward, Floyd Mayweather, Jr., had technology like this handled the scoring? Maybe not. But your On Fire correspondent, for one, would have enjoyed seeing Pacquiao’s few punches shown to have three times the force of Mayweather’s.

The Major League Baseball regular season has come to a close, and the playoffs will begin Tuesday with the Yankees hosting the Astros for the AL Wildcard Game. For the first time in your On Fire correspondent’s lifetime, the NL Central Division is the strongest in baseball. The first-place Cardinals (100-62) are the best team in MLB, followed by the Pirates and the Cubs, the second and third best in the game respectively.

That means, however, that the second and third best teams in all of baseball will have to play a one-game Wildcard playoff. Pretty cool, yeah, but underscoring an undeniable flaw in the new Wild Card system.

At the risk of full disclosure, your On Fire correspondent is a sucker for underdogs and has been rooting for the Buccos all season; the Cub’s 11-8 record against them this season scares him (or her). Nonetheless, look forward to an exciting postseason and for a repeat of the 1960 World Series.

Coca-Cola, Visa, McDonald’s and Budweiser — all leading sponsors of FIFA, have called for the international soccer organization’s president Sepp Blatter to step down amidst an administration of corruption and fraud, according to The Guardian. Your On Fire correspondent has never been a die-hard fan of soccer, or “futbol,” but he (or she) does appreciate local badass company Coke taking a stand against an impurity in the sporting world.

However, Sigmund Freud once wrote, “Being entirely honest with oneself is a good exercise.” And your On Fire correspondent would not be able to sleep at night if he (or she) did not take this opportunity to mandate another action from Coke, which is, by the way, listed as an “Official NCAA Corporate Champion.” Yes, FIFA is messed up, but it is hypocritical for Coke to take such a stand against it without looking at the United States’ corrupt amateur athletics association into which the company pours money year in and out.

SIDEBAR: Your On Fire correspondent trekked to Turner Field for a Braves game the other day and, naturally, ordered a $10 Budweiser. How could he (or she) not? It’s a logical syllogism: Baseball = America. Budweiser = baseball. Therefore, Budweiser = America. Right? Wrong. In 2008, Anheuser-Busch was bought by InBev, a Belgian-Brazilian conglomerate that also makes … wait for it … Stella Artois. Is your On Fire correspondent going to start drinking Yuengling at baseball games? Maybe. Is he (or she) getting upset about something as ridiculous as Donald Trump not flinching before putting it on a campaign hat? Absolutely. But hell, don’t lie to us, Budweiser.

While your On Fire correspondent is calling for action, Anheuser-Busch is also an NFL sponsor. That must help with American sales. But who really is American, InBev? Is it the Native Americans from who this country was largely stolen? I guess not, because you’ll take a stand against FIFA, but not against Danny Boy Snyder and the Washington professional football team.

To slightly modify a speech from the movie The Network, your On Fire correspondent sends this message to Coke and to his (or her) beer and Coke-drinking loyal readers:

Your On Fire correspondent doesn’t have to tell you things are bad. Everybody knows things are bad. All this mere correspondent knows is that firstly you’ve got to get mad. He (or she) wants you to get up right now and go to the window, open it and stick your head out and yell, “I’m as mad as hell, and I’m not going to take this anymore!”