When Americans go to the polls on Nov. 3, they will choose between the demagoguery of President Donald Trump and the optimism of former Vice President Joe Biden. In deciding for whom to vote, Americans need only to reflect on the last four turbulent years. 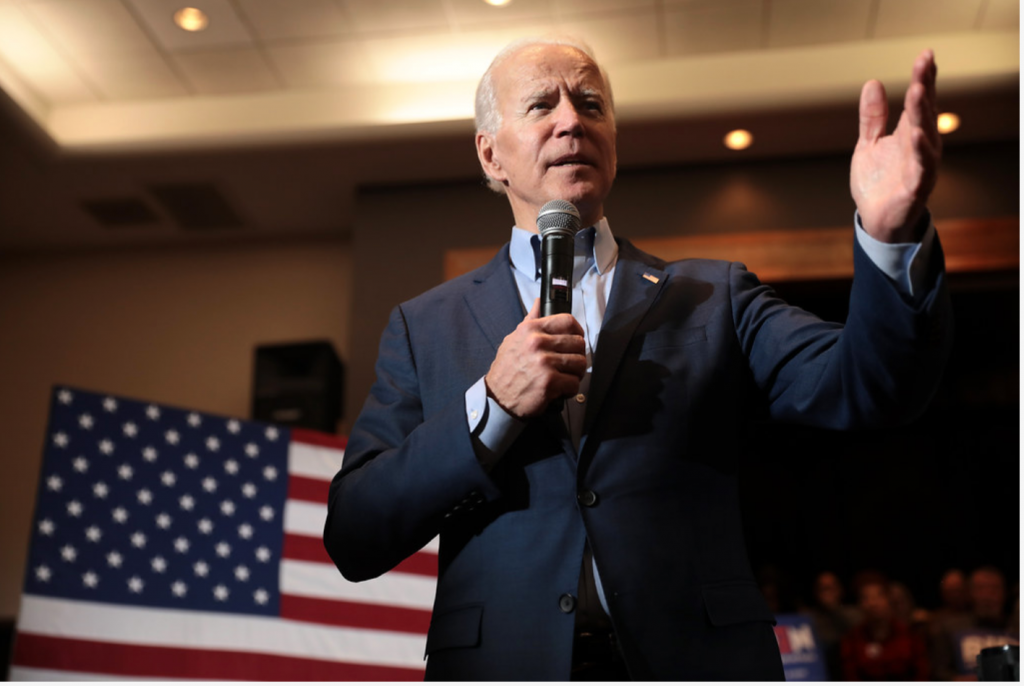 During his presidency, Trump has demonstrated a gross incapacity to lead the nation. Not only has he failed to deliver on many campaign promises, but he has also wrought significant damage upon our democratic institutions and our ability to respond to crises. In contrast, Biden not only possesses concrete, feasible policy positions, but also has a conciliatory vision to “restore the soul of this nation” and rebuke the disarray and vitriol of the last four years.

Trump’s tenure in office can be summed up by one word: abysmal. He has undermined our democracy and driven the country apart perhaps more than ever before. Some notable examples would be the president’s use of family members to fill senior White House positions, the demotion of subordinates like former FBI Director James Comey, who was investigating interference with the 2016 election, or his siding with white supremacists after the Charlottesville, Virginia, attack in 2017. These don’t even include the flouting of the U.S.’ commitments to our allies, the eroding of the Justice Department’s role as a neutral arbitrator and, perhaps most sinisterly, his blatant refusal to say whether he would accept the results of the upcoming election.

Other than delivering a tax bill that largely benefited the exceedingly wealthy and repealing the Affordable Care Act’s individual mandate, the Trump administration has had no notable policy victories. His rallying cries from his campaign in 2016 propelled him to victory, yet he did not follow through on his promises for substantial change. The wall at the U.S.-Mexico border he promised has yet to be completed and is definitely not being paid for by Mexico, the trade war with China has borne little substantial fruit and, maybe most notably, Hillary Clinton still isn’t in jail.

It’s shocking how little Trump has accomplished considering he began his presidency with unified control of Congress. Instead, the first two years of his presidency featured the Republican Congress and president bickering back and forth until Republicans eventually lost their majority in the House of Representatives to the Democrats in 2018. This solidified the negative gridlock for the remaining two years of his presidency, as Trump rarely if ever comes to the negotiating table; he even shut down the federal government after it failed to deliver on his goals. If anything, his inability to deliver shows that perhaps those tax returns are right — the president is nothing more than an ineffective businessman.

One of the few promises that Trump has kept is filling the federal judiciary, including all federal appeals court and three Supreme Court vacancies, with ultra-conservative ideologues. Many of these individuals are inexperienced, with some lacking any trial experience whatsoever. This effort to pack the courts has been a right-wing dream come true made possible by relentless Republican obstruction during former President Barack Obama’s term. Trump’s effort is no success story, but the culmination of a nearly decade-long assault by Republicans on the norms of the judicial appointment process.

Trump did not “drain the swamp” as he promised but instead filled the Cabinet with more former lobbyists who have put the livelihoods of Americans second to their business interests and political aspirations. The undermining of our democracy that has rapidly advanced under Trumpism led up to this dire moment in our country’s history.

The Trump administration’s historic failure to contain COVID-19, moreover, should be the final straw. During this crisis, the president’s incompetence — his failing to mandate mask wearing, his inability to alert the public to the dangers of the virus and his staunch attacks on high-ranking scientists — has killed more than 225,000 Americans and will continue to disrupt life in the U.S. for years to come. Trump’s approach to governance, which embodies his disdain for science and expertise, has come back to bite him — and we have all borne the brunt of his failures.

It’s time to turn the page on his rotten administration and usher in a brighter, healthier future. Biden is the man to take the reins from arguably one of the worst presidents in U.S. history. His extensive governing experience – over 40 years in public office, including eight as vice president – makes Biden extraordinarily qualified for high office. To overcome COVID-19 and tackle some of this century’s great crises like climate change and gun violence, we need a leader with experience and compassion to guide us. Many were attracted to Trump for his lack of political background, but his disastrous four years in office demand the restoration of experience and expertise – exactly what Biden brings to the table. Biden also has what Trump has consistently lacked as Trump has tried, and failed, to lead our country: a plan.

From aggressively combating climate change to overhauling our tax system to benefit the majority of Americans, Biden has plans to undo Trump’s greatest policy-related damage. As president, Trump pursued environmental deregulation and withdrew from the Paris Agreement, but Biden plans to reenter the Paris Agreement and enact the most sweeping environmental reforms in decades. While Trump’s tax plan primarily benefited the wealthy, Biden’s aims to help working and middle-class Americans secure their financial futures at the expense of the affluent. These and many of Biden’s other proposals are an attempt to push the reset button on the Trump presidency and restore Americans’ confidence in their government.

Most significantly, Biden displays a willingness to bring Americans together. Unlike his opponent, his message is based on being a president of the people, regardless of party affiliation. We will be paralyzed in our efforts to tackle the pressing issues of our time without unity. Trump succeeds when the nation is divided; Biden knows that America succeeds as a nation united.

Biden is not the best candidate for whom we could have hoped, and his controversial record in Congress and near octogenarian status may concern some voters. However, he is a candidate who at least has the wherewithal to work on setting this country back on the right track and is far better than the man who has turned the presidency into a bad reality TV show.

On Nov. 3, America’s choice for its next president could not be clearer. We need Biden to restore our faith in the American system of government, enact needed structural changes and, most of all, help unify and heal a divided nation.