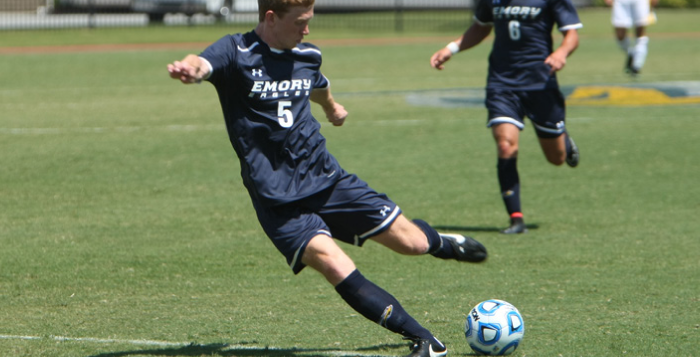 For most, college involves going away to a new city, new experiences and, most importantly, new people. Some lucky students, however, get to journey to college with friends from high school.

Two lucky Emory student athletes not only made the transition with a childhood friend, but also a childhood teammate. Seniors Jeff Cochran and Dylan Price met when they started playing in the same soccer league at five years old. They joined the same travel team at age seven and ever since, they have continued to play for the same team throughout high school and for the Eagles. Initially, they did not intend to go to the same college, but the college admissions process seemed to throw them together.

“We both definitely wanted to play college soccer and we hoped to go to an academically-oriented school, and as a result, a lot of the schools we looked at overlapped,” Price said.

Cochran made his decision to go to Emory before Price.

“I decided really early on that I wanted to go to Emory,” Cochran said. “Dylan came with me to an Emory camp and he also fell in love with the school. When we both made our decision, we were very excited.”

It all happened very fast for Price.

“[We] felt like it would be pretty cool to continue playing together, and it just sort of came together all of a sudden,” Price shared.

After playing together for all these years, Cochran and Price have gotten to know each other so well – both as friends and as players – that they have each helped improve each other in every aspect of their lives.

“Jeff has been one of the most influential people in making me a more effective athlete, a better teammate and most of all a better person,” Price said. “I feel very fortunate to have Jeff as such a close friend.”

“We have a lot of chemistry from playing so many years together and I think that it definitely shows on the field,” Cochran said. “I get an honest review after every practice and game. If I play well, Dylan will let me know, but if I struggle, he will also tell me and give suggestions for how I can improve.”

Cochran and Price both knew that as the end of the soccer season approached, so would their career as Eagles playing on the same field. Through an impressive 14-year career and friendship, their last game would likely turn out to be ceremonious, filled with memories of the years spent together on the field. However, that is not how their last game played out. On Sunday, Nov. 2 during their soccer game against Case Western Reserve University (Ohio), within the first 25 seconds of play Price stepped wrong and tore his anterior cruciate ligament (ACL).

“By the time I hit the ground I knew that I’d done something pretty bad to my knee and I wouldn’t be playing college soccer again,” Price recalled. “It is really crushing to know I won’t have the chance to take the field with Jeff and the rest of the guys.”

“Witnessing my childhood friend go down with such a gruesome injury on our senior weekend was definitely emotional for me,” Cochran said. “Dylan is a special player and competitor and to see that was heartbreaking.”

Although they did not know it at the time, their last real game together was an exciting and special game. Friday, Oct. 31, marked a match against the University of Rochester (N.Y.) in addition to Emory’s senior night.

“Jeff picked up the ball and made a really nice turn to get around a defender and put a cross in, which went off another Rochester player for a throw,” Price said. “Jeff launched the throw in, and I was just lucky to be in the right spot when the ball came to me in front of the goal. Anyone who knows soccer could tell you that Jeff really made the whole play happen, but I was able to score what turned out to be the game winner. Jeff and I were taken off immediately after the play and so (I did not know it at the time) that goal ended up being the last touch of my career.”

Through their years playing together, not only has Price and Cochran’s friendship strengthened, but the team as a whole has also become close.

“So many guys reached out to express their remorse and offer support. It has made me think about how much I appreciate all of the friendships I’ve developed with everyone here through soccer,” Price noted.

For Cochran, reaching out to Price was second nature.

“We all know how devastating an ACL injury can be, so we have been frequently checking up on him and encouraging him,” Cochran said. “Our team is very close on and off the field and I think that the support everyone has shown Dylan gives credence to that and also the fact that everyone holds Dylan in such high regard.”

Next year will be the first year the two are not playing for the same soccer team, and not even in the same city. Price will be in New York City working as a fixed income analyst, while Cochran will be in Washington, D.C. The two are not worried about remaining close, however.

“I have no doubt that we will remain in touch and I am sure that we will visit each other frequently,” Cochran said.

“Our club coach used to joke we would end up in a retirement home together,” Price laughed.

As the team moves into the postseason on their way to the NCAA tournament, Cochran will continue to play as Price cheers on the team.

“As [the injury] becomes more tangible it gets incrementally more painful, but at this point I’ve accepted the situation,” Price said. “I have absolute confidence our team will play deep into the postseason and I’m relishing the chance to support the guys in any way I can.”

Cochran also discussed what it will be like to play without Price. “It will definitely be strange without Dylan for me on Saturday,” Cochran admitted. “However, more than that, it will be really difficult as a team for us without arguably our best player. He will definitely be in our thoughts as we play Carnegie [Mellon University], and we will try to get the win for him.”

Because of the limit of players allowed to travel, Price most likely will not be able to go to away games. However, he will come to home games and cheer his teammates on from the sidelines. After he undergoes his surgery in about two weeks, Price will attend physical therapy for six to eight months before running again.

Cochran can be seen in action at the men’s soccer team’s next match away at Carnegie Mellon (Pa.) tomorrow, Nov. 8. 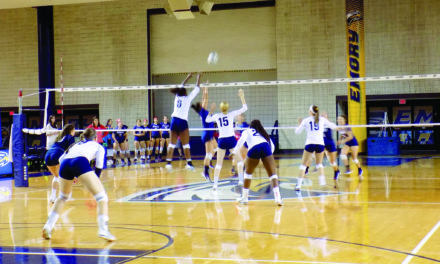 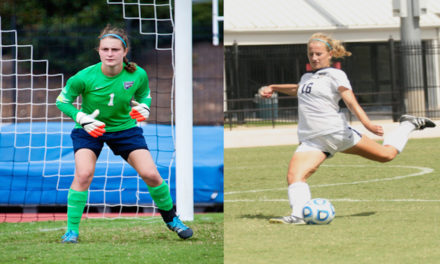