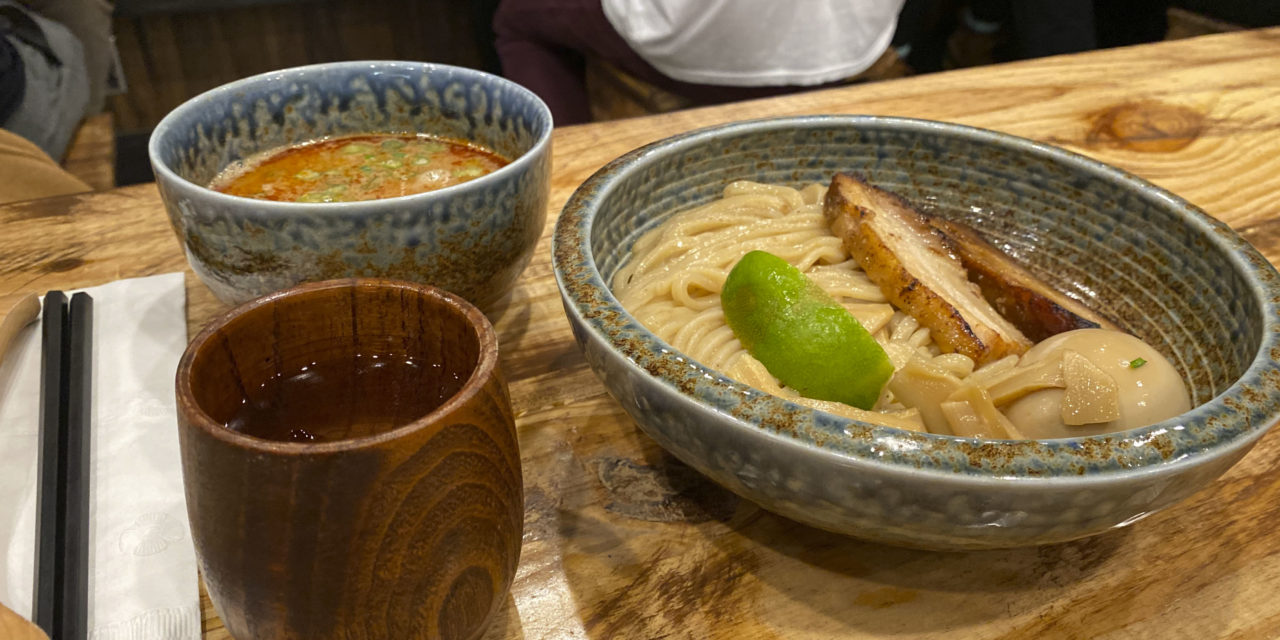 Recognized in the 2019 Michelin Guide, Los Angeles’ very own Okiboru Tsukemen and Ramen opened its second location in Sandy Springs, Ga. in January 2020.  The founders, who trained in Japan to master the craft of tsukemen, strive to spread this style of “dipping ramen” outside of Japan. The restaurant’s minimal menu of four tsukemen dishes, four ramen dishes and three small plates offers options for vegetarians, vegans and meat-eaters alike.

As a frequenter of Atlanta ramen hotspots, I was excited to see how Okiboru would compare. Having tasted the vegan ramen options at places like Tanaka Express, Paopao Ramen & Factory Bar, Dragon Bowl and Ton Ton, I wondered if Okiboru had something different to offer. Though I arrived at 8:20 p.m., about an hour before closing, we found ourselves in a lively atmosphere surrounded by many other people.

Despite the late hour, we were able to order our food within five minutes of sitting down. The menu offered two types of noodle dishes. Aside from the traditional Japanese ramen, which consists of noodles served with toppings in a hot meat-, mushroom- or fish-based broth, was tsukemen, noodles rinsed cold and eaten after being dipped into a separately served hot broth. The dipping procedure means the noodles are eaten lukewarm.

I ordered the vegan yasai, or vegetable ramen, which consists of noodles in a spicy yellow-orange mushroom broth, topped with two thick slices of marinated tofu, bamboo shoots, spinach, scallion and nori. While the mushroom delivered a delicious, creamy flavor to the broth that did not dominate the dish’s flavors. 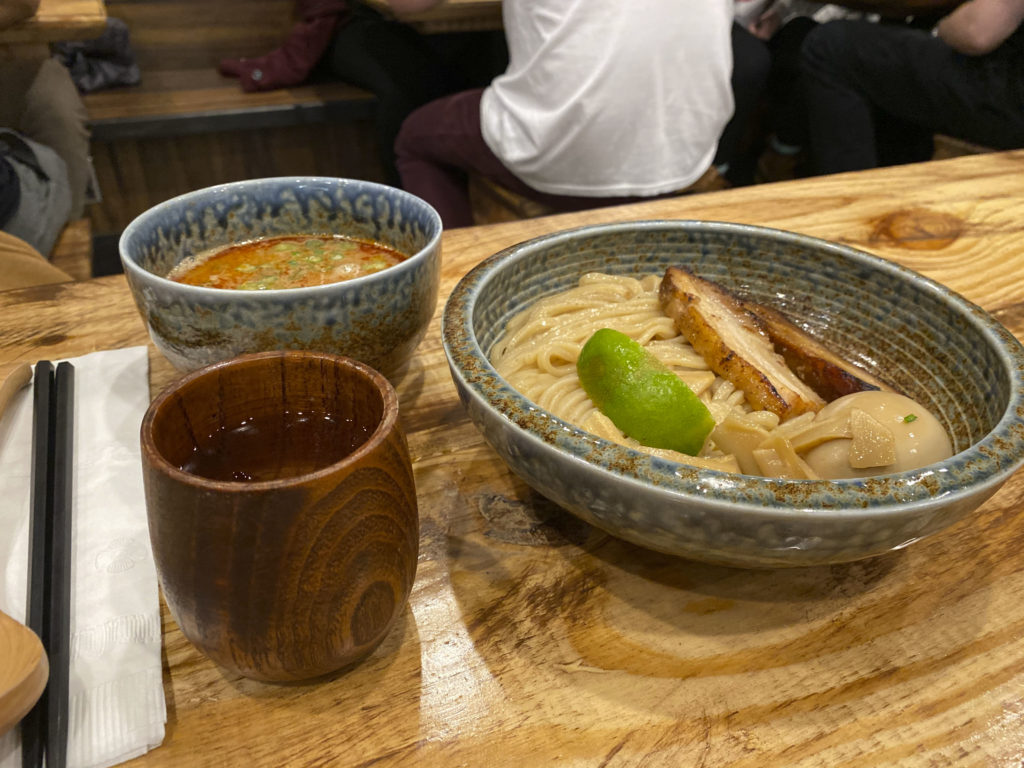 The ramen noodles in my dish were thinner than those I have encountered at other ramen restaurants, but that didn’t really hinder the experience. By the time I reached the bottom of my bowl, I was quite spiced out. For those who don’t like spice, the restaurant offers to adjust each bowl to the customer’s desired level. The tofu brought an unexpected sweetness from its marinade, and while I initially disliked the contrast between the spice of the dish and the sweetness of the tofu, I found as I ate that the flavors harmonized quite well.

My friend ordered the wafu, or Japanese-style, tsukemen. It consisted of plain tsukemen noodles with chashu (marinated pork), an egg and a slice of lime on top, all served next to a bowl of pork and seafood broth. He claimed his broth tasted too fish-forward. He also noted that the broth was thinner than expected, and lacked tanginess from the lime.

The bamboo shoots in his dish were lightly pickled in soy sauce, which he enjoyed. He found the dipping experience of the tsukemen interesting, but the sensation of hot broth against cold noodles only lasted a few minutes since the broth eventually became cold.

Another friend ordered the buta paitan (pork and white soup) tsukemen, which featured chashu pork and a boiled egg brought next to a thick, white-hued broth of pork and seafood. She noted that the noodles were thicker than ramen noodles, and offered a pleasant, chewy texture. She enjoyed her broth and liked that its separation from the noodles prevented them from becoming soggy. Even though the taste of chicken and fish were most prominent, the chashu shined through. According to her, it was the perfect balance of lean and fatty meat.

Although the restaurant offered elegant dishes packed with flavor, the ramen and tsukemen were a little heavy on the pockets. My ramen was $15.25 after tax, and my friends paid about $16.50 each. The overall experience was quite enjoyable, though. The restaurant itself was also peaceful, with plenty of exposed wood and different decorative textures. The dining area featured about 10 tables, as well as bar seating for those enjoying meals alone.

Located at a 30-minute drive from campus, Okiboru Tsukemen and Ramen offered one of the best vegan ramens I have had in Atlanta thus far. If you’re looking to get a little further from campus and enjoy an authentic bowl of Japanese dipping noodles, I would definitely recommend trying Okiboru at least once.