Student Bikes to Ala. Border After Unexpected Revelation 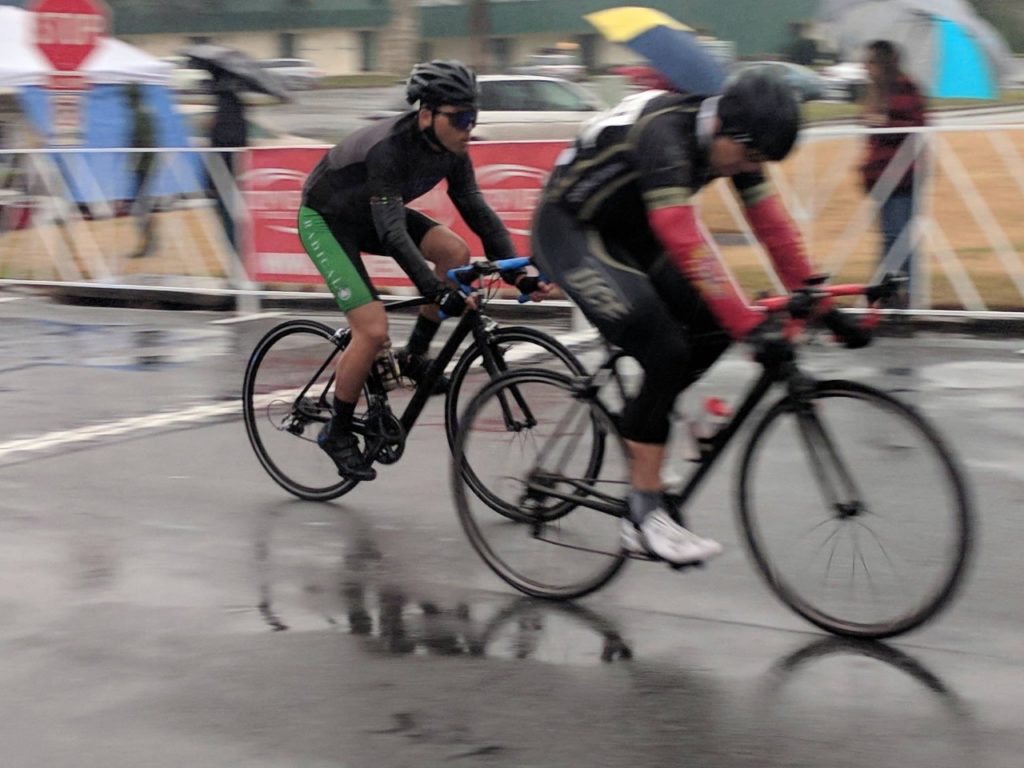 When Jin Young Choi (19C) learned that he could graduate in three years, he decided to bike to Alabama.

It was Martin Luther King Jr. weekend. As people nationwide reflected on the freedom for which King had rallied, Choi was contemplating how he would make use of his new path. Just a few days prior, he logged into OPUS to discover that if he increased his Spring 2019 credit load to 24, he could graduate in August 2019, after a summer program in Lisbon, Portugal. Choi did not expect this to be his last semester at Emory.

Choi said he was blindsided by the revelation. Once a self-described procrastinator who began his first semester with 12 credits, Choi said he didn’t “want to rush through anything in life.”

Choi did, however, prepare for the bike ride in a rush. Clad in just three layers of clothing while temperatures dropped to 27 degrees, and with a single water bottle and his phone, Choi hopped on his road bike and started his journey. He hadn’t eaten lunch, but it didn’t matter — he was only planning to ride for an hour or two. He didn’t arrange for his friends to pick him up, because the ride was not meant to be long.

A few hours later, Choi was still pedaling, caught in the adrenaline and pure joy of the moment.

“You’re in the zone,” he said. “I’ve always enjoyed biking. It’s a nice way to explore a lot of different landscapes.”

He lost track of time. But, there was one issue — his phone was sporadically dying because of the cold temperatures, so Choi couldn’t pinpoint his location or contact anyone for a ride home.

“I hadn’t told anyone I was going on a bike ride of that scale,” Choi said. “[At the time], I thought it was a recipe for disaster.”

After biking 30 miles, Choi flagged down a jogger and asked where he was.

The jogger, Paul Wilder, gave Choi his phone number and told him to call if he needed help. That’s all Choi needed to keep going.

“I have a good feeling about [Wilder], and that’s when I thought, ‘Now I really want to go to Alabama,’ ” Choi said. “Now that I have someone who I could call potentially, that’s perfect.”

Choi is no stranger to catching a ride. During his 2018 winter break, he spent 20 days in Patagonia, scaling glaciers and visiting Chilean missionaries he met in England several years ago. Throughout Patagonia, Choi partook in a popular mode of transportation for South American travelers — hitchhiking. He quickly mastered the art of hailing a local driver and talking his way into the backseat.

“You’re giving someone an elevator pitch,” Choi said. “There’s this brief window of time where you stop a car … and you need to prove that you’re a good human being. Otherwise, how can they trust you to be in their car? I think I became quite good at telling people who I am.”

There’s a lot to tell: he built trails in a forest conservation program in the Nantahala National Forest during Summer 2018, serves as co-president of Emory’s Cycling and Triathlon team and works as a social impact intern with the Goizueta School of Business’ Social Enterprise initiative. The initiative provides business advice to small, specialty coffee farmers in Guatemala and El Salvador. Choi starts his day at 5:30 each morning to juggle all these roles while maintaining a 24-credit course load.

Professor of Spanish Karen Stolley, Choi’s major adviser, described Choi as someone who possesses prodigious energy, curiosity and enthusiasm. She said she has never seen a student take as many credits as Choi.

“Usually, I’m making sure students are not at risk of dropping below the minimum,” Stolley said. “It’s an extraordinary situation, and I think it’s going to involve, on his part, some real self-care and time management.”

Choi’s life began in South Korea, although his British accent reveals his English roots; he moved to England when he was 11. The overseas relocation sparked Choi’s interest in language. While Korean is his first language, he quickly picked up English, Spanish and even dabbled in French and Latin. It comes as no surprise that he’s double-majoring in Spanish and human health.

According to Choi, speaking Spanish is his way of applying his classroom skills to the “real” world.

“I’m an inquisitive learner in the classroom, but I’m even more curious when I’m outside the classroom,” Choi said. “Traveling has made me a lot more open-minded.”

It’s this open-mindedness and spontaneity that led Choi to keep pedaling, in the freezing darkness, circumventing fallen trees while the brakes and gears on his bike failed to respond.

“The trail had a bunch of branches fallen down,” he said. “When it’s dark, and you have a fragile road bike … I didn’t want to go too fast, but at the same time, I have these obstacles that could be deadly.”

Choi finally called Wilder and asked for a ride (once his phone had turned on again, warmed in a back pocket by his body heat). Although Choi’s live location-sharing kept losing signal, Wilder nonetheless drove to the trailhead at the Alabama border and waited 45 minutes for Choi to arrive. He was so worried about Choi that, after getting a text from Choi that said, “I almost died,” Wilder called 911.

“I was pretty worried for him,” Wilder said. “Not too long ago … a cyclist was killed on the trail. I wanted him to be alright.”

Later, Wilder reflected that he had decided to trust Choi, a complete stranger, purely on Choi’s first impression: his hitchhiking elevator pitch.

“He was very polite and kind. We were the only few people out on the trail; it was so cold,” Wilder said. “He explained to me why he was out there, and I could totally relate … I sensed that he didn’t really have anybody to help him, so I gave him my number and told him to call.”

Choi managed to make it to the trailhead safely, and spent the night with Wilder’s family. Wilder drove Choi back to his car in Smyrna, Ga., the next morning. The two became fast friends; they’ve even planned a hike together in the near future.

As for Choi’s future after Emory, his plans are still evolving. He doesn’t plan on attending graduate school right away, and he’s searching for a job in which he can effect change in his community.

“I want to jumpstart a career … where I can catalyze social impact,” Choi said.