Before this Saturday night, my experience of the world of percussion was limited to a few elementary school music classes of kids pounding xylophones with no sense of rhythm whatsoever. The performance by the North Star Percussion Trio at the Schwartz Center for Performing Arts not only entertained but also opened the eyes of those who attended to the dynamic and captivating art of percussion.

The concert began with the musicians walking onto the stage and stopping at the first of several groups of instruments, which consisted of three drum sets. They opened with “DIN” by Andy Harnsberger, which was an energetic piece that immediately drew in the crowd. One by one, the musicians began to drum, starting slowly then building up to a loud beat that prompted many in the audience to start nodding their heads. The piece had an almost tribal quality to it, like it was telling some ancient story of the world. It was impossible for the audience not to move along with the music. A little girl in the row in front of me grinned and played imaginary drums in front of her.

If the first piece was analogous to a wild rainforest, the second piece, “Sculptures in Wood” by Rudgier Pawassar, was a calm stream. All three musicians played the marimbas, and their pure notes glided effortlessly from one to the next. The transitions were smooth, yet each note seemed to linger, capturing the audience’s full attention. The entire hall was hushed and still as the trio performed the enchanting melody.

The final number before intermission, “Rancho Jubilee” by Andrew Biel, was played on cajons, or wooden rectangular boxes. The percussionists sat on these boxes at the edge of the stage and drummed the front side of the box with their hands. The use of hand drumming and clapping to create simple and natural-feeling music forged a connection between the audience and performers. The smile that broke out on one of the performer’s face was soon mirrored on the faces of many in the audience.

After intermission, the percussion trio performed several classic Cole Porter and George Gershwin songs, arranged by Anders Astrand. Compared to the first half of the concert, a few of the songs were slightly cheesy and redundant, but overall catchy and enjoyable to listen to. The performers loosened up and began to move and shake their heads to the rhythm of the songs. The audience seemed more comfortable and into the music as well, occasionally whistling and calling out.

Using a drum set and mallet instruments, the performers played a percussion cover of the song “Two Little Babes in the Woods” by Porter. The drumbeats in the piece reverberated so deeply that they could not only be heard but felt by those in attendance. Like “Sculptures in Wood,” the mystical notes remained with the audience long after they had been played.

One of the most popular compositions of the night was the trio’s cover of “Anything Goes” by Porter. Though not immediately recognizable, as the piece progressed, many in the audience realized with pleasant surprise that they had heard the well-known tune before. The popular and playful piece, although played with percussion instruments, was every bit as charming as Reeno Sweeny herself in the famous Broadway musical.

One of the last pieces of the night – and my very favorite – was a cover of “Summertime” by Gershwin, which left the audience enthralled. The confident performance managed to capture the soul, emotion and energy of the jazz era and was not only satisfyingly familiar but an impressively unique take on the famous song.

The trio finished the concert with the number “I Got Rhythm,” another jazz piece by Gershwin, and the audience gave the three musicians a standing ovation, applauding a performance so successful that both the performers and the audience gave their full attention and participation in the experience of the music. From the very start, there was no beat, note or movement from the stage that wasn’t matched by an intake of breath, nod of the head or faint smile from the crowd. 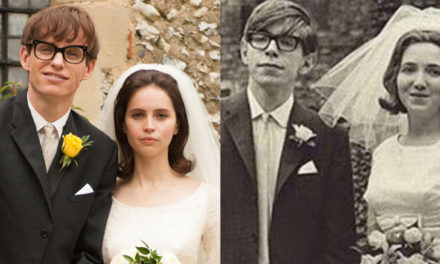 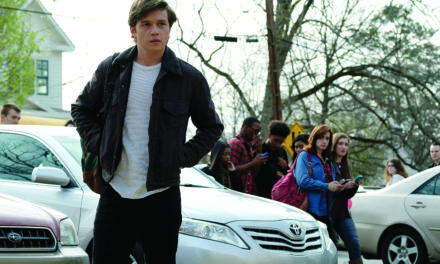