Nobody Likes Our Candidates; Everyone is to Blame 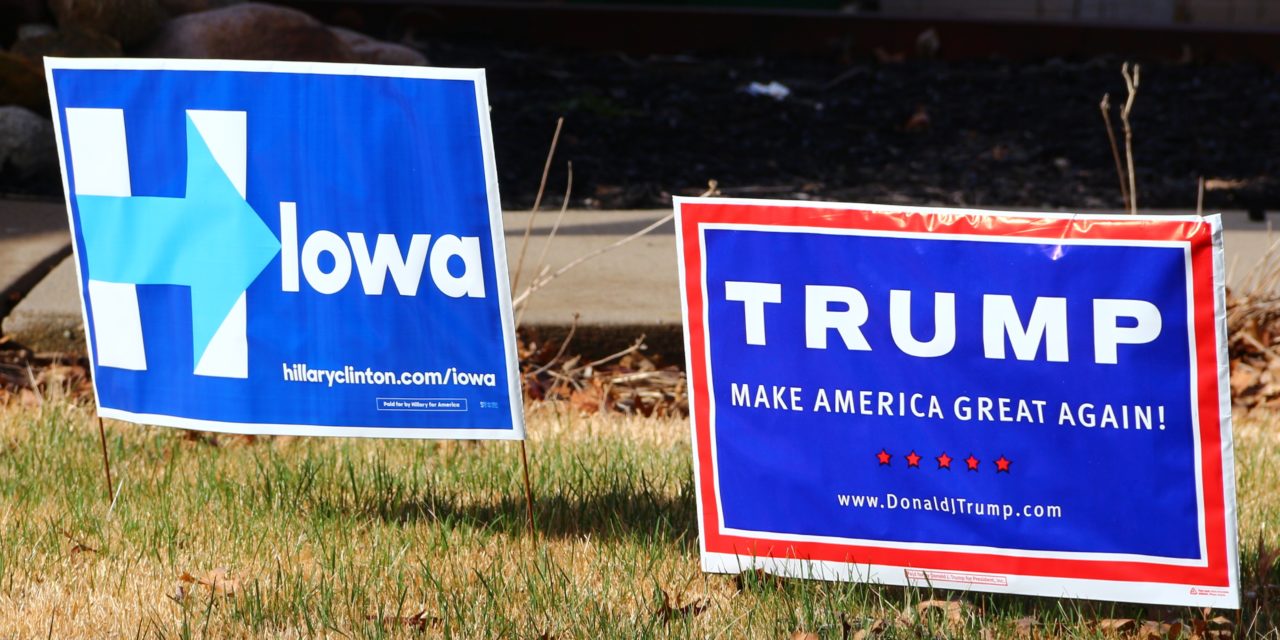 The first time a Clinton ran for president, widespread disapproval of the presidential candidates plagued American voters. Forty-one percent of the nation held unfavorable views towards the candidates of the two major parties, the lowest approval ratings since the poll’s creation in 1984. The results reflected a country unsure of the Democrat Bill Clinton and the Republican George H.W. Bush.

This was 1992. Fast-forward 24 years: The country’s disapproval of both the Democratic and Republican candidates has reached unprecedented levels. Fifty-two  percent have unfavorable views of Hillary Clinton, while 57 percent disapprove of Donald Trump. It’s simple math that even a child can understand: more people dislike our candidates than like them.

Dumbfoundedness amalgamates with American exceptionalism, resulting in the now asked question, “How did America end up with such underwhelming presidential candidates?” At the Olympics, we win more medals than any other country. We have the strongest military. Hell, we invented telephones, airplanes and the light bulb. So why can’t we seem to have more qualified people running to lead our country? How have we reached a point where one of our candidates has been investigated by the FBI for an email scandal while the other candidate has publicly called Mexicans rapists? Surely we can do better.

There is a small problem with this predicament: We, the social media loving, headline-clicking, dramatic story-sharing citizens are completely responsible for the rise of these candidates. Our culpability goes beyond primary election voting results to our guilty pleasure for entertainment in politics.

Blaming the media for the rise of our candidates, specifically Trump, is a short-sighted argument. Harvard Kennedy School’s Shorenstein Center on Media, Politics and Public Policy claims that “journalists fueled [Trump’s] launch” as “he received far more ‘good press’ than ‘bad press,’” which ultimately “helped propel Trump to the top of Republican polls.” This argument ignores citizens’ impact on the press. Perhaps “journalists fueled [Trump’s] launch,” but we fueled the journalists. Regardless of media organizations tailoring their broadcasts to either liberal or conservative audiences and pushing forth an underlying agenda, they still respond to consumer demand. In order to stay in business and maintain viewership, the media must broadcast what the audience wants.

If the American public were interested in polite politics, the media would respond accordingly. Hypothetically, let’s say people are incredibly passionate about following candidates who treat opposing politicians with respect and debate with them in a professional manner. Regardless of any narrowcasting, if the people demanded coverage for those candidates, the media would cover their every move. However, the opposite is true. Between June and December 2015, Media Tenor calculated the percent share of eight major news outlets’ coverage on the top six GOP candidates. Trump received over one-third of all news coverage. John Kasich, a rule-abiding politician who carried a polite demeanor, received a mere seven percent. But  people love drama and entertainment, so the media catered to that demand.

This desire for the outlandish is omnipresent in several aspects of our society. Consider sports fans: More people watch hockey to see lumberjack-looking men punch each others’ teeth out in ice skates than to observe fundamentally sound saucer passes. The same is true in how we perceive political figures. We gobble-up every second of one candidate consistently using the adjective “crooked” to describe his opponent. We love the drama of a presidential candidate tweeting “delete your account” in response to the other’s rhetoric. We’re feeding into the fire of this too-sad-to-be-true show we call a political system.

The result of this Netflix-ready political drama known as the 2016 presidential election? A polarized nation filled with contempt for our leading presidential candidates. The polarization doesn’t come from avid Trump or Clinton supporters, but rather from the majority of voters who do not support either. In a recent ABC News poll, 25 percent of Americans plan on voting for Trump as a ploy to prevent Clinton from becoming president, yet only 16 percent plan on voting for Trump because they genuinely support his policies. Similarly, Clinton “supporters,” are composed 25 percent of those voting against Trump and 21 percent of whom are in favor of her policies. Congratulations, America, we did it: The majority of voters do not even like the candidate they intend to support Nov. 8.

This statistic may not come as a surprise to many. It verifies the widespread negativity surrounding the forthcoming election. Check your Facebook timeline; scroll through your Twitter; nobody seems to ever talk about how much they like any candidate. Rather, they share clickable headlines like “Trump blames Obama for Orlando Shooting” and “Hillary Clinton Trustworthiness at Husband’s Lewinsky-Era Levels.” The negatively angled drama is far more popular than any content in favor of the candidates.

The news sources continue writing sensational stories, and we keep sharing them. On July 25, the most emailed and Facebook-shared article from the New York Times was entitled “Is Donald Trump a Racist?” This was followed in the trending list by the article “What Wouldn’t Jesus Do?” which used a headshot of Trump to entice social media users into clicking on the juicy new article. It’s unfair to blame the media for pushing forth some narrative when they are just recognizing that stories of this nature get the most attention.

This is not a desperate cry for you to quit sharing those juicy stories — it’s a wake-up call to understand its impact. Sharing these stories offers candidates free, incredibly beneficial exposure. Politicians not only enter the consciences of potential voters, they do so without spending any campaign funds. Ultimately, a candidate who secures a great deal of headlines can allocate funds elsewhere and have a greater chance to succeed.

Popularity in headlines does not necessarily translate to capability as president. Yet, we have obsessively followed the candidates who provide the most provocative storylines, thereby giving those underwhelming politicians the most press. For the best interest of our country, we must support the candidates who can better our nation, rather than participating in the popularization of substandard candidates. In elections, I encourage you to support a candidate who  is capable of properly leading a nation, rather than one who only dominates the headlines. If we really want to make America great again, let’s separate entertainment from politics and avoid promoting lackluster candidates.

Brian Taggett is a College sophomore from Kalamazoo, MI

[email protected] | Brian Taggett (19C) is from Kalamazoo, Mich., majoring in political science and Latin American and Caribbean studies. He served most recently as editorial page editor. Between referring to carbonated beverages as "pop" and unabashedly cheering for the Detroit Tigers and Red Wings, Brian is about as Michigan as they come.

The Damaging Use Of Race in Politics