The cold touch of winter’s rain and snow came to an end on March 20. While rainy season still awaits, the longing for daylight is over. When we turned back our clocks over spring break, we bade farewell to seasonal affectivity and embraced longer days. As flowers bloom and animals shed their winter fluff, it’s time to return our layers of padded outerwear to the backs of our closets. To prepare for the pollen galore and warmer days, the Wheel takes a look at Spring 2018 fashion trends.

The space age is back. Recent snapshots of street style and celebrity sightings have captured sometimes funky, other times sleek revisitations of ‘90s-era futurism. Slim, geometric sunglasses aesthetically reminiscent of “The Matrix” have become a recent favorite of high-profile celebrities, particularly Bella Hadid. A decided departure from the bug-eyed frames popularized by American socialites during the 2000s, the new tiny eyewear trend is defiantly nonchalant. While “Matrix”-esque mini shades probably won’t keep the sun out of your eyes while you walk to and from class, they’ll definitely keep people staring. And you can rest assured knowing your cheeks will be safe from sunburn.

Legwear is hot on the heels of sunglasses in joining the ‘90s wave. Heroin chic and new punk movements are returning in the form of lower waistlines as millennials and Generation Z-ers grapple with similar sentiments of unrest and rebellion.

Follow in the footsteps of Rihanna’s neon Fenty x Puma spring 2018 ready-to-wear show, which featured high-cut swimwear with ultra low-rise track pants for a part-industrial, part-space age spin on the classic waistline. Or go the route of Tom Ford, who helped popularize the look in the ‘90s, and choose monochrome palettes and classic fabrics for a subtler take. To play proportions, ditch the bodysuit or swimwear for a high-cut crop top and own a belly-baring look. You won’t be distracting anybody who matters.

Students with longer hair might already have noticed scrunchies creeping back onto the accessories radar. The hair accessory trend follows the tail end of the recent ‘90s craze. If Mansur Gavriel’s Fall 2017 runway at New York Fashion Week wasn’t enough of an indication of the scrunchies’ cozy appeal, recent celebrities have been revamping the accessory for the red carpet with slicked high ponytails and luxe looks.

If you’re rushing out the door five minutes before class, channel Gavriel and let your scrunchie spare you the worry of denting your hair. And if Spice Girl-style glam seems too high-maintenance, pop on a quietly classy scrunchie a la notorious scrunchie devotee Ruth Bader Ginsburg for an elegant look.

Kanye West arguably spearheaded a Perspex wave when he introduced his Yeezy Lucite Heels in 2016. Later, in 2017, eminent fashion house Chanel debuted its own thigh-high Perspex boots. Though fashion has been circulating plastic for decades, the recent space-age revival has found newfound interest in the aforementioned Perspex and longtime mainstay PVC.

While incorporating plastic into your spring wardrobe guarantees you a sleek shield from April showers, the combination of increasing temperatures with bare skin and plastic clothes can easily turn your polished look into a greenhouse-like cage. To combat fog, layer classic clear plastic over pastel tones for a pretty Pantone effect, or pair clashing prints for an edgier route. Alternatively, wear printed PVC over heavier patterns.

If you want to subtly brag about your recent intellectual foray into Karl Marx, follow in the footsteps of Celine or Burberry and tote your books to class in a translucent plastic purse. Nobody has to know it’s required reading.

‘90s nostalgia has been gathering force for the past few seasons and hardly seems ready to stop. As spring settles upon campus and the semester draws to a close, end the year with a bang. 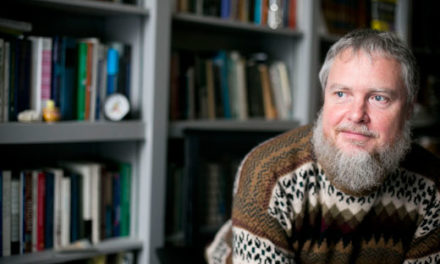