During a turbulent two-week protest against the Special Anti-Robbery Squad (SARS), the notoriously corrupt Nigerian police unit, a speaker told protesters to wave the Nigerian flag and sing the national anthem, saying, “no soldier can shoot any citizen holding their own national flag.” Yet soldiers and police officers murdered 12 unarmed civilians. Pictures of bloodied civilians and flags soon flooded social media.

Had this occurred in New York, Chicago or even Europe, American news media would likely have produced a wave of coverage. However, extensive coverage of the presidential election, COVID-19 and Black Lives Matter protests in the U.S. meant the SARS crisis fell by the wayside. The whit coverage from major news outlets was often diminutive, like the belittling Washington Post article, which asked, “Why are people talking about Nigeria and #EndSARS?” Instead, the #EndSARS movement was advanced largely by youth activists on social media. International events that impact our peers, their families and communities require our attention and activism. Ending police brutality everywhere, not just in the U.S., means becoming attuned to the events unfolding in Nigeria.

On Oct. 21, members of the Nigerian Armed Forces opened fire on peaceful #EndSARS protesters at the Lekki toll gate, an affluent suburb of Lagos, Nigeria. According to Amnesty International’s reports, it was a violent, state-sanctioned massacre that killed at least 12 unarmed citizens. The exact number of casualties is still unknown due to incessant attempts by Nigerian authorities to conceal the investigation, but the Nigerian diaspora is restless in their attempts to reveal the truth. Despite the Nigerian Army’s denial of violent force, graphic videos uploaded to social media depict soldiers firing into crowds.

SARS was created in 1992 to address increasing robberies in Nigeria. However, as the unit gained national prominence, it soon morphed into a sinister force. Internal corruption and low pay rates culminated in the mass killing, torturing and threatening of wealthy citizens by SARS officers. The most common form of corruption has been bribes at crude roadblocks: refusal to pay these fees leads to imprisonment and violence at the hands of officers. In 2016, the World Internal Security and Police Index identified Nigeria’s police as the world’s worst, with 81% of respondents having paid a bribe to a police officer in the past year.

This isn’t Nigeria’s first attempt to end SARS. In 2017, the Nigerian Police Force buckled under pressure and agreed to reorganize the force and prosecute instances of human rights abuses. In 2018, Nigerian Vice President Yemi Osinbajo called for Inspector General of Police Ibrahim Idris to make significant reforms to SARS. Yet human rights abuses and police brutality still run rampant, and Nigerian civilians have paid the price. While government officials recently pledged to end SARS, they merely reassigned the duties onto the Swat, prompting #EndSwat to flood Twitter. It’s on us to ensure that other oppressive police units don’t simply resume these atrocities by raising awareness and donating to grassroots organizations directly helping victims. 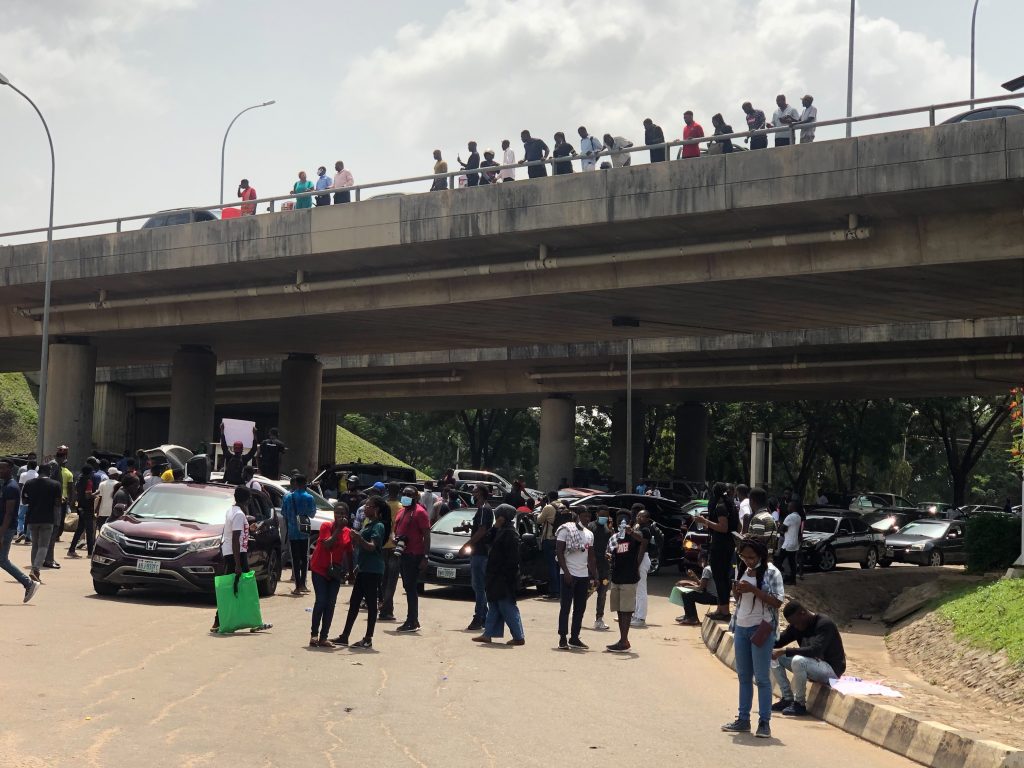 A protest against the Special Anti-Robbery Squad (SARS) forms on Oct. 12, 2020, in Abuja, Nigeria./Courtesy of Aliyu Dahiru Aliyu, Creative Commons.

The political unrest over SARS has significantly affected the well-being of Emory’s sizable Nigerian American student body. African Student Association Social Chair Krystal Eimunjeze (21C), speaking on behalf of many members of the Nigerian community, affirmed, “we’re extremely saddened and distressed about what’s going on in our country.”

She also lamented the lack of Western media attention toward #EndSARS. “I think the least Western countries could do is raise awareness on a global scale. American media, specifically, is very centered around themselves,” she said. Eimunjeze urges Emory students to be vigilant of international issues, adding, “The best thing to do is to keep resharing information that you see and make it a priority to stay engaged on a global level. We have to make it so that all these atrocities are impossible to ignore and their crimes have consequences.”

We wholeheartedly agree with Eimunjeze. As students within a global community, we must raise awareness, share news and engage others in conversations about these conflicts. It’s easy to get lost in the flurry of American politics and constant pandemic updates, but we cannot maintain a Eurocentric outlook. Police brutality is not just a problem in the U.S. So don’t act like it is.