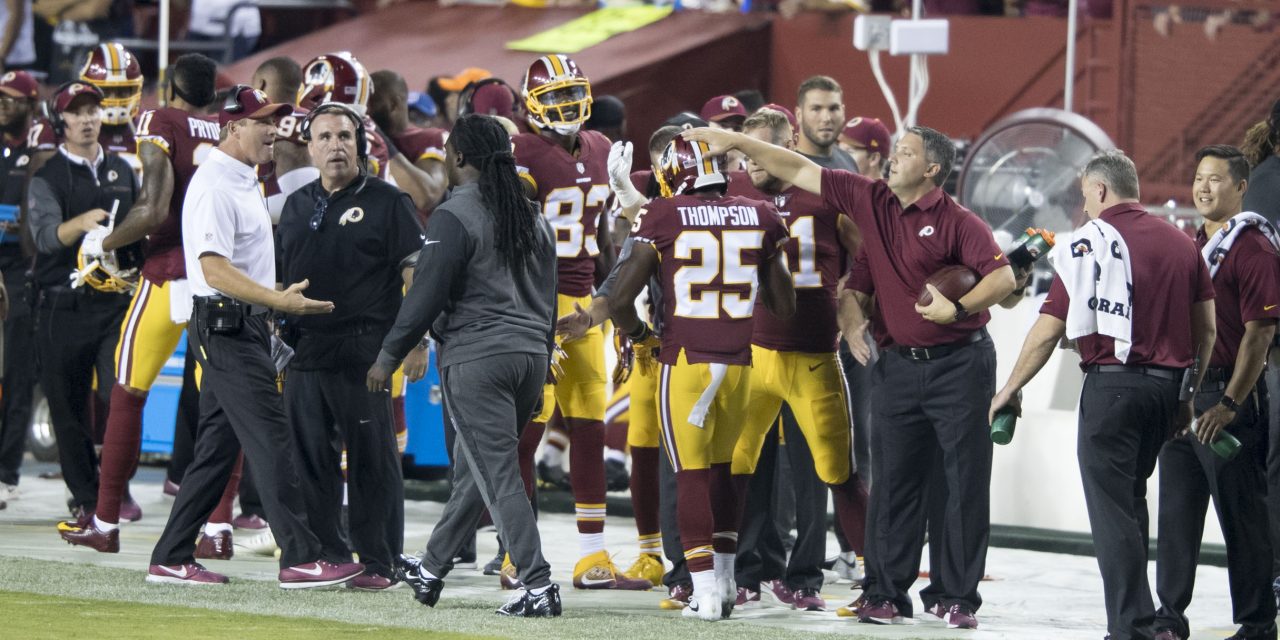 Mask protocol in the U.S. has been anything but consistent. Many Americans still choose not to wear face coverings despite the Centers for Disease Control and Prevention’s and World Health Organization’s guidelines, which both recommend wearing masks in public settings and around people who don’t live in your household. Adding to the confusion, the NFL has recently handed out over $1 million in fines after several head coaches were seen not wearing masks on the sideline. Some have questioned the reasoning behind these fines, considering players are not required to wear face coverings, the league carries out daily coronavirus tests and other professional leagues have more relaxed mask protocols.

The head coaches of the San Francisco 49ers, Denver Broncos, Las Vegas Raiders, New Orleans Saints and Seattle Seahawks were fined $100,000 each, with each franchise being fined an additional $250,000. Images show the coaches either not wearing masks properly or not wearing them at all, which is in direct violation of the NFL’s newly formulated pandemic protocol. However, the same rule does not apply to players, for whom face coverings are “strongly recommended.” The NFL’s reason for the discrepancy is head coaches and staff potentially project infected aerosols when yelling or giving directions.

How did the NFL choose Carroll, Shanahan and Fangio as the coaches to fine for not wearing masks? Plenty of other coaches weren’t wearing masks yesterday. Matt Patricia, Matt Nagy, Mike McCarthy, Mike Zimmer and Frank Reich were among the ones I saw on a quick image search. pic.twitter.com/CmiLDlaEI2

In response to these fines, all accused coaches and their teams have appealed the charges. The appeals should have been heard last week; however, no updates about the situations have been provided.

Some have questioned the reasoning behind the NFL’s protocols and fines, with the likes of 49ers cornerback Richard Sherman and former Dallas Cowboys quarterback Troy Aikman commenting on the league’s hypocrisy. In a radio interview with sports radio show “The Musers,” Aikman questioned why coaches would be fined while getting tested daily. Sherman wrote a similar message on Twitter: “Players can go engage in a full-contact game and do it safely. However, it is deemed unsafe for them to exchange jerseys after said game.”

This is a perfect example of NFL thinking in a nutshell. Players can go engage in a full contact game and do it safely. However, it is deemed unsafe for them to exchange jerseys after said game. 😂🤣😂 https://t.co/fWefsUSVDc

Aikman and Sherman make valid points by questioning the motivations behind not just the fines but the inconsistent COVID-19 protocols. The validity of masks is not in question here, as there could still be infected individuals who slip through the cracks of testing due to the nature of the virus. But with the same amount of testing being done on coaches and players, the requirement for coaches to wear masks but not players is illogical. Some players do just as much yelling as coaches, invalidating the argument that coaches are more likely to spread infected aerosols.

Since teams are not competing in a “bubble” like the NBA, the chance of transmission in the NFL is naturally higher. As Sherman pointed out, players are able to be in close contact with one another on the field, without masks, but once the play is over, they are strongly recommended to wear one.

With obvious holes in the NFL’s mask protocol, it’s clear much of what is being done to supposedly limit transmission is for show. The NFL has made it clear that the safety of staff and players is their first priority, but what Aikman, Sherman and many others are suggesting is that the league is trying to depict a safe environment for the cameras.

It makes sense that the head coaches, the faces of the organizations, were fined. They represent not just themselves but their teams and a piece of the entire league. If they are seen breaking just minor rules, their actions are magnified and broadcasted nationwide, painting a picture of the NFL’s disorganization — something owners do not want during a pandemic. It’s not just about keeping individuals safe, but also promoting an image of safety. The league aims to finish its season without great ridicule from the public. 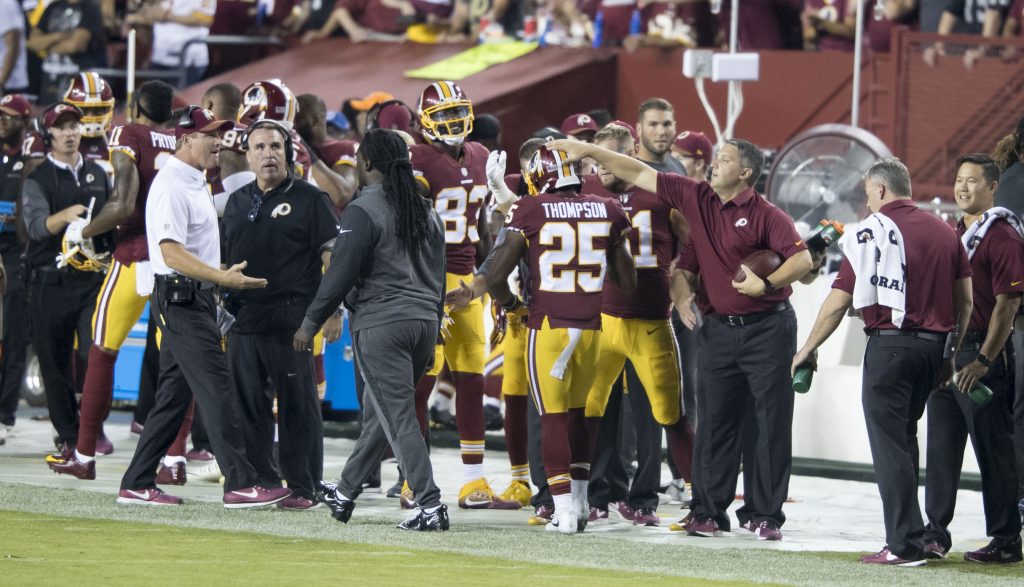 The sidelines of this 2017 matchup of the Washington Redskins versus the then Oakland Raiders look significantly different to current sidelines where coaches are required to wear masks per NFL protocol./Courtesy of Wikimedia Commons