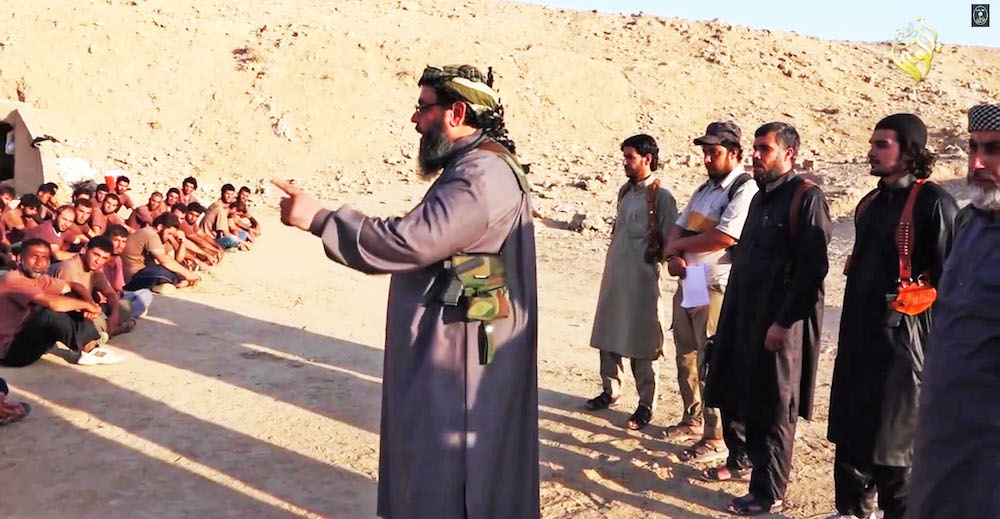 “If it’s not religion, then what is driving suicide attacks?”

Professor of Political Science at the University of Chicago Robert Pape addressed this complex question at the Emory University Conference Center Hotel on Tuesday morning.

Pape, who is the founding director of the Chicago Project on Security Terrorism (CPOST), graduated from the University of Pittsburgh in 1982 with a degree in political science before earning a Ph.D. in the same subject in 1988 at the University of Chicago. He is the author of Cutting the Fuse: The Explosion of Global Suicide Terrorism and How to Stop It (2010), Dying to Win: The Strategic Logic of Suicide Terrorism (2005) and Bombing to Win: Air Power and Coercion in War (1996).

In the lecture, “The Strategic Logic of the Islamic State of Iraq and Syria,” Pape told the audience of roughly 80 people that his research found that democratic countries’ occupations of foreign lands was a key driving force for suicide attackers. The Atlantic Institute and Emory’s Department of Middle Eastern and South Asian Studies sponsored the discussion.

After a brief introduction by Vincent Cornell, the Asa Griggs Candler professor of Middle East and Islamic Studies and Middle Eastern and South Asian Studies Chair, Pape spoke of why he studies terrorism, with a focus on suicide terrorism.

“Suicide cancer is the lung cancer of terrorism,” Pape said, citing that each are the greatest killer in their respective categories.

As part of his research, Pape compiled the first complete database of suicide terrorist attacks in the world. The collection, which catalogues more than 4,500 suicide attacks, is stored in an online CPOST Suicide Attack Database.

Of the data he’s collected, Pape said he uses 20 variables to analyze each of the attacks catalogued in the database. These variables include information on the social and economic background of the attackers themselves and can be used to determine who will become a suicide attacker and why, Pape said.

Referencing his data, Pape called military occupation a key risk factor and the driving force behind 95 percent of suicide attacks.

The core issue with military occupation is that there is a military force keeping a government in power over a body of people who doesn’t support that government, Pape said.

“Just imagine if there was a Chinese government that came down to Atlanta,” Pape said, suggesting that this government would impose their rule and claim “it’s okay because Obama signed this document.”

“I don’t think that would go down well,” Pape said. “It would likely result in aggressive behavior that the government couldn’t stop.”

Pape added that his findings about terrorists’ motives surprised him.

“This is a very important challenge to the idea that it is Islamic fundamentalism that causes terrorism,” Pape said.

Before the Iraq war, from 1982 to 2003, 50 percent of suicide attacks were not associated with Islamic fundamentalism, according to Pape.

The desire to push democracies to withdraw armed forces from autonomous or non-democratic territories is the “key, motivating cause of suicide terrorism,” Pape said.

“Territory is centrally important to each and every [suicide attack],” Pape said.

Al-Qaeda follows this pattern, according to Pape. He said that he was the first to collect research on 69 al-Qaeda-affiliated suicide attackers and he has collected the names and socioeconomic data on almost each one of those attackers.

ISIS was born out of the U.S.’s occupation of Iraq, where that the first suicide attacks began soon after, according to Pape.

Since military occupation would increase the risk of suicide attacks, he said, he believes the best policy to fight terrorism is offshore balancing — a reduction in troop deployment while maintaining use of naval and aircraft capabilities for continued influence in the region.

This is the policy the Obama administration adopted and used in the capturing and killing of Osama bin Laden, Pape said.

Nafeesah Madyun, who serves on the Advisory Board of the Faith Alliance of Metro Atlanta (FAMA) and attended the talk, said she thought Pape’s discussion was “very englightening.”

“I learned a lot of things that people don’t know about the actual reasoning behind these attacks,” Madyun said.

Another attendee, Selden Scranton Deemer, a former University Libraries assistant administrator, said he thought Pape “overemphasized airpower and occupation factors to the point of ignoring other factors [that cause terrorism].”

Despite that, Deemer said that he felt that many of Pape’s comments were “on target, especially his policy recommendations.”