Emory Among Top Producers of Teach For America Members

Emory was ranked No. 1 among medium-sized schools contributing to the 2019 Teach For America corps, sending 28 graduates in 2019. The University ranked No. 3 last year.

Emory ranked above similarly-sized institutions, such as Northwestern University (Ill.) and Dartmouth College (N.H.). Teach For America recruits college graduates to teach in low-income public schools across the United States for at least two years. This year’s Teach For America corps was placed in 51 regions across 36 states and the District of Columbia.

DeVos’s new plan, which is set to take effect in July 2020, places a stricter standard on student loan borrowers seeking redress against colleges.

The new standard narrows the type of misconduct that students can file to claim loan forgiveness against. Borrowers also must supply more detailed information about the alleged financial fraud, according to Politico. Students will also be restricted to a period of three months after they graduate to file the claim.

The Department of Education has not made a decision on any claims filed for more than a year, according to Politico.

The Department’s civil rights investigation, which opened in February 2018, found that university officials neither adequately addressed complaints nor took swift punitive action against Nassar and William Strampel, former dean of the university’s College of Osteopathic Medicine, who was found guilty of misconduct in office for failing to properly oversee Nassar.

Federal prosecutors are recommending prison time for parents who have pleaded guilty in the college admissions cheating case, according to The Wall Street Journal.

The recommended sentences range from one month for actress Felicity Huffman to 15 months for Los Angeles business executive Stephen Semprevivo. Huffman and Semprevivo were two of the 34 parents charged in a sweeping federal case that prosecuted wealthy parents who unfairly bought their children admission into elite colleges.

Huffman, best known for her role in the TV show “Desperate Housewives,” paid $15,000 to a college admissions counselor to have her daughter’s answers on an SAT exam corrected. Huffman said her child was unaware of the fraudulent score, according to The Washington Post. 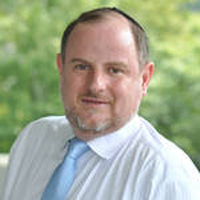