Emory erroneously announced a decision to no longer accept credit for IB Computer Science when it revamped the Test Credit Policy, which decreased the amount of credit hours incoming students can receive for AP and IB tests from 24 to 12, effective Fall 2018. In the same overhaul, Emory also cut the maximum number of AP Calculus BC transferable credits from six credit hours to three. Math and Computer Science Associate Professor Ken Mandelberg wrote in a Feb. 15 email to the Wheel that “it turns out that the change in IB for CS was inadvertent. … Last spring the college merged with the Oxford and Campus policies, and during our consultation with Oxford, IB just got lost in the shuffle.” The Admissions Office is set to correct the error. IB Computer science will still be accepted as a credit. The change is set to affect students who enroll at both Emory and Oxford College.

A Damascus suburb was bombarded in a Feb. 19 airstrike attack by Syrian-led forces, killing over 100 people and injuring 500 more, according to the Washington Post. The attack comes in a string of heightened airstrikes by Syrian forces, which started late February. Syrian forces targeted over five rebel hospitals, killing 97 alone. Nonprofit aid organizations are calling the latest attacks “the bloodiest 24-hour periods in Syria’s seven-year war,” according to the Post. The death toll since Sunday totals more than 190, prompting the United Nations to issue an appeal urging the international community for a ceasefire, but it is unknown whether the appeal will be answered.

The United Nations University Institute for the Advanced Study of Sustainability (UNU-IAS) designated greater Atlanta one of six U.S. Regional Centres of Expertise on Education for Sustainable Development (RCE), according to a Feb. 14 University press release. RCEs are committed to implementing U.N. Sustainable Development Goals, with issues such as no poverty, zero hunger, quality education and climate action designated as particular priorities for the greater Atlanta area. Emory University, along with Georgia Institute of Technology and Spelman College, will lead RCE Greater Atlanta for the first two years. There are currently 157 RCEs worldwide. — Christina Yan

Emory Medical Community Commemorates Chair of the Dept. of Orthopaedics

The Marvel movie “Black Panther” hit theatres last week, bringing in $235 million, the fifth-largest opening of all time and largest opening weekend for a movie directed by a person of color according to the Atlanta Journal-Constitution. Director Ryan Coogler shot the film predominantly in Atlanta, and its filmmakers spent about $84 million on its production in the area, with a majority of that money going to the local Atlanta economy to pay for caterers, prop makers, technical equipment and hotel rooms, according to the AJC. Georgia has a large repertoire of movies shot in its borders ranging from “The Hunger Games” to “Spider-Man: Homecoming” to “Thor: Ragnarok.” It served as the No. 1 destination to shoot feature films in 2016, according to the Atlanta Business Chronicle. 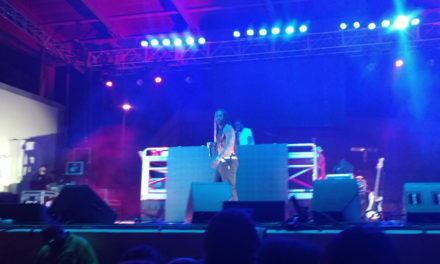