Twenty-three U.S. senators demanded that the top U.S. protection agency, the Consumer Financial Protection Bureau (CFPB), investigate a loan servicer for mismanaging loans. The servicer, the Pennsylvania Higher Education Assistance Agency (PHEAA), which operates under FedLoan Servicing, is one of several servicers involved in the Public Service Loan Forgiveness (PSLF) program, which is designed to assist public workers by forgiving student debt after 10 years of qualifying payments. The senators, all Democrats and including presidential candidates Sens. Amy Klobuchar (D-Minn.), Bernie Sanders (I-Vt.) and Elizabeth Warren (D-Mass.), wrote to CFPB Director Kathleen Kraninger saying that PHEAA’s “mismanagement of the PSLF program caused public service workers to be denied the loan forgiveness that they had earned.”

Reports by both the CFPB Student Loan Ombudsman Robert G. Cameron and the Government Accountability Office in 2017 and 2018, respectively, found that PHEAA had improperly denied public service workers loan forgiveness. According to NPR, 99 percent of current applicants are being rejected. NPR reported that an earlier attempt at investigation by the CFPB was stymied when the Trump administration Department of Education directed loan servicers not to cooperate with investigators. In a statement, the Department of Education claimed that high denial rights are “by Congressional design” and that the Department had created a help tool for borrowers in an effort to expand outreach.

Georgia Gov. Brian Kemp revealed a plan to reduce premiums for health insurance purchased under the Affordable Care Act (ACA) and to move billions of dollars of federal aid under state control. In what is known as a reinsurance program, insurance companies would be able to lower monthly premiums for all customers as the federal and state governments pay part of the bill incurred by the sickest patients, who tend to have the highest bills. This could lead to a reduction in premiums of as much as $282 in some areas in Georgia, according to estimates by the governor’s office.

A second part of the plan would allow Georgians to avoid using Healthcare.gov and to instead sign up directly with a provider, which would give Georgians access to more coverage options. Critics claim that this would also direct consumers to plans which do not comply with the ACA, potentially leading to what The New York Times described as “skimpy benefits … with high out-of-pocket costs and … higher premiums for older or sicker people,” as healthy consumers choose non-ACA plans. This would also give Georgia control over $2.7 billion in federal funding. This plan is still pending approval from the Trump administration, and does not affect the 2020 ACA sign-up season. This program would cost Georgia about $100 million, with the rest being provided by the federal government.

Emory University announced the creation of the Edward R. Roybal Center for Translational Research in the Behavioral and Social Sciences, which will focus on researching dementia caregiving. This center was made possible by a five-year grant of $3.66 million from the National Institute on Aging (NIA) to the Nell Hodgson Woodruff School of Nursing. The NIA, under the auspices of the National Institutes of Health, is a federal agency that funds a broad scientific effort to better understand the aging process and prolong the healthy years of life. They currently fund 13 such Roybal Centers, and of those, four, including Emory’s, deal specifically with dementia care. The Center will be led by Kenneth Hepburn, a professor in the School of Nursing, and Molly Perkins, an associate professor in the School of Medicine.

Former President Barack Obama will be the keynote speaker at the Greenbuild International Conference and Expo in Atlanta on Nov. 20. The annual event, which is the largest such event for green building professionals, falls on the same night as the fifth Democratic Party presidential debate, also to take place in Atlanta and hosted by MSNBC and the Washington Post at actor and director Tyler Perry’s new studio complex. Obama was a champion of several climate-related issues while in office, having negotiated the Paris climate accords. Many Democratic presidential candidates have touted their own far-reaching climate plans. Previous speakers at the event include retired Gen. Colin Powell, Archbishop Desmond Tutu, former President Bill Clinton, former Secretary of State Hillary Clinton and former Vice President Al Gore.

No Peach Drop This Year

Mayor Keisha Lance-Bottoms announced on the Majic 107.5/97.5 radio program that there would be no Peach Drop this year. She told host Ryan Cameron that when the 30-year-old tradition returned, it would be “bigger and better.” Bottoms attributed the cancellation of the event to “location challenges.” The drop of the 800-pound peach originated in 1989 at the Underground Atlanta shopping and entertainment district, and continued for decades to draw crowds upwards of 10,000 people. The event relocated to Woodruff Park in 2017 after the purchase of Underground Atlanta by WRS Inc. Real Estate Investments (S.C.), but it returned to Underground last year. The spinoff of the New York City ball drop in Times Square has attracted such performers as Ne-Yo, Little Richard, Miranda Lambert and Ludacris. 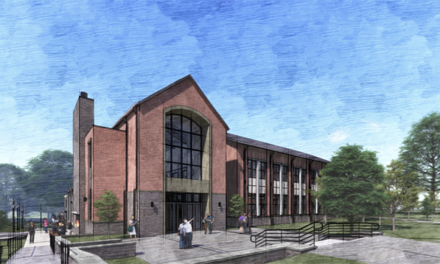 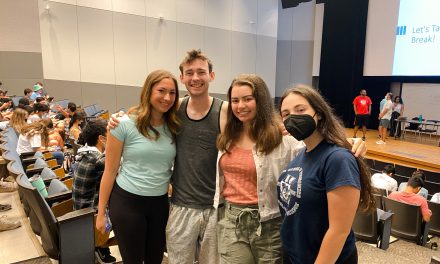