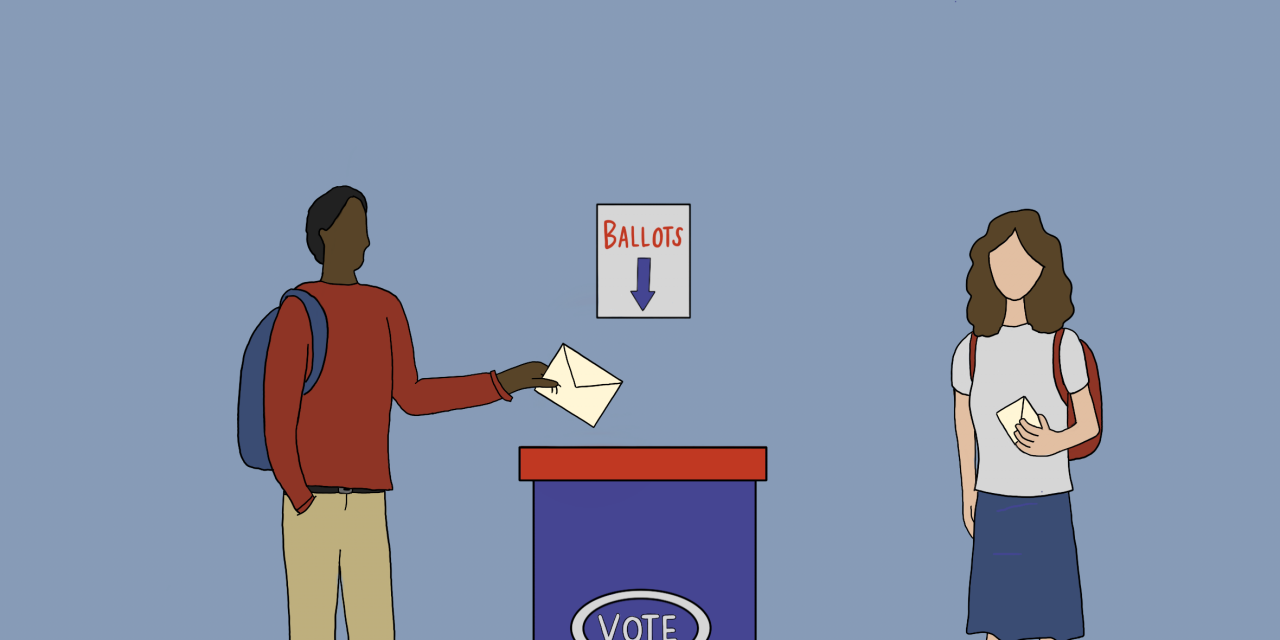 The coalition was founded in late September but was announced to the public on Oct. 20 with an Instagram post. It is made up of nine organizations: Fair Fight U, Asian Pacific Islander Desi American Activists (APIDAA), the National Association for the Advancement of Colored People (NAACP), Emory Climate Coalition, Young Democrats of Emory, the Filipino Student Association, Planned Parenthood: Generation Action, the Omicron Xi chapter of Delta Sigma Theta Sorority and the Mu Alpha chapter of Alpha Phi Alpha Fraternity. Delta Sigma Theta and Alpha Phi Alpha are both historically Black.

“That’s why collective impact, or having multiple organizations come together, is really essential to addressing issues,” Liu said.

Colen added that she also wanted to give organizations that don’t have a strict focus on political or civic engagement a chance to get involved.

“Even if you’re an a capella group, you can still care about engagement, and this is sort of a way to bring multiple organizations across Emory’s campus to gather and unite around this issue of voting and voting rights,” Colen said.

All Emory student-run organizations are eligible for membership in ESV, as long as they respect all members of the community, send a representative to ESV meetings and participate in a civic engagement project at least once during the school year, according to ESV’s FAQ. 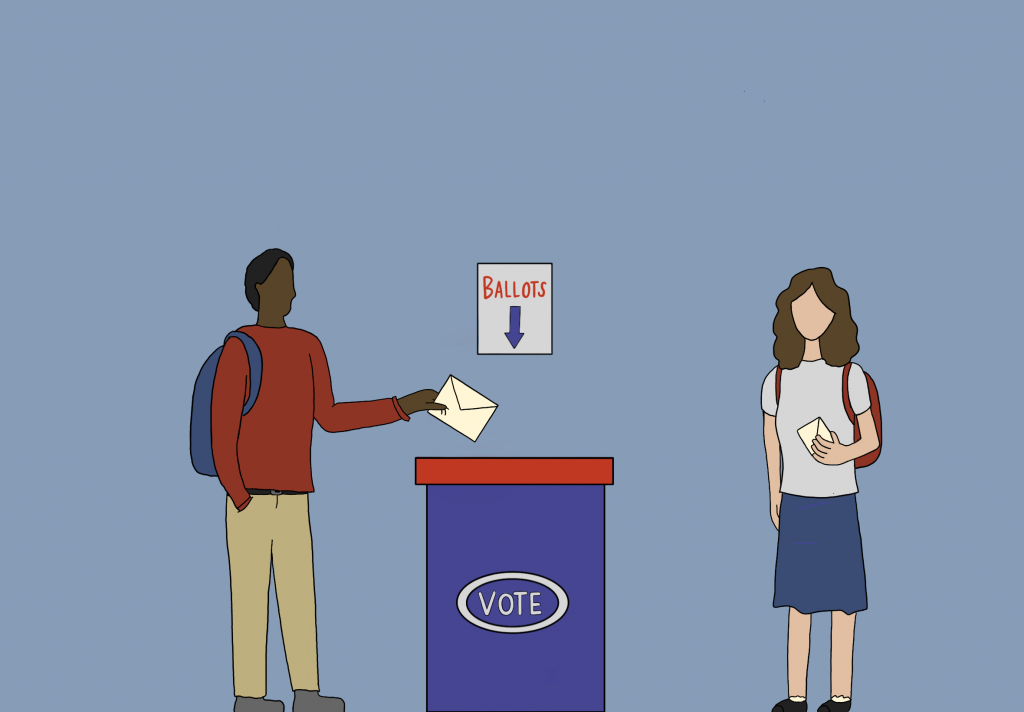 Advocacy for an Election Day ‘on’

The coalition’s central focus is reducing the barriers students may face while voting, APIDAA co-President Anhhuy Do (24C) said. He noted that Election Day — always the second Tuesday of November, and a school day  —  is the primary obstacle to achieving high levels of student turnout.

“Hopefully, through the creation of the Emory Students Vote coalition, we can be able to push for an Election Day of Action, in which we encourage faculty to be more flexible regarding attendance policies, as well as assigning work on those days to ensure that students will turn out to vote,” Do said.

Colen added that Election Day would ideally be a day “on” instead of a day off.

“It’s the idea that there aren’t classes on Election Day, but the expectation is you’re doing something to serve the community,” Colen said. “That could be voting, that can be engaging in community service, et cetera.”

Election Day doesn’t have to be a full day off for students, Liu noted, as even a half-day off would signal that University administration values voting.

Rollins School of Public Health has given students Election Day “on” since 2020 as part of the Rollins Election Day Initiative. In the inaugural year of “Rollins Day On,” more than 100 volunteers from the Rollins community participated in activities to promote civic engagement, such as handing out personal protective equipment, snacks and water to people waiting in line to vote.

Emory Votes Initiative (EVI) sent out a form to faculty members this year, inviting them to commit to having a lenient attendance policy on Election Day, according to Colen.

“This year, we’re hoping to collect data so we can bring it to the University and say, ‘Hey, look, all these professors without University instruction were willing to do this, so why not partner with them?” Colen said.

Emory NAACP Vice President Phoebe Taiwo (24C) added that because elections only happen about once every two years, allotting students the day off would still lighten the load for students who wish to vote without significantly impacting classwork.

“Some people have classes that don’t end until 7:00 or a lab that doesn’t end until 9:00,” Taiwo said. “It’s unfair to those students who might not be able to even get to Emory Point or their respective polling area.”

The coalition has just begun, Colen said, and is currently focused on inviting other organizations to take part. ESV is aiming to have its first meeting the week of the 24th or the 31st, she added.

However, several members of the coalition have planned voting-related events. Fair Fight, EVI, APIDAA and NAACP will host a “Party to the Polls” event on Oct. 28. Students will gather to walk to the 1599 Clifton Road polling location and cast their early votes to celebrate National Early Voting Day, according to Colen.

“There’ll be music, there’ll be food, we’ll have information about the candidates that will be on the ballot on posters,” Liu said. “So you won’t feel uninformed and lonely.”

Colen also emphasized the community aspect of the event.

“​​Voting is an individual act, but we’re uniting everyone together by going to the polls together and making it a unifying, celebratory, empowering experience,” Colen said.

ESV aspires to also reach groups outside of the Emory community, Liu emphasized, saying that APIDAA has tried to reach voters in disenfranchised communities.

APIDAA has partnered with the Center for Pan Asian Community Services and Asian Americans Advancing Justice to canvas in areas along the Buford Highway and in Duluth, Ga., where 25% of the population is Asian. Additionally, APIDAA volunteers have tabled outside of supermarkets in the Buford Highway area.

“Asian communities don’t really get that type of outreach, especially in their own language,” Liu said. “A lot of them are like, ‘No, we didn’t even know about the upcoming election. Who are the candidates? What am I voting for?’”

Do, who is Vietnamese, also spoke on the language barriers people in the Asian American community often face when it comes to voting. He said that if political parties tap into the political voice of marginalized communities, there could be more change.

“There’s a lot of unrealized political power among racialized minorities within the United States,” Do said.

Additionally, NAACP and Fair Fight recently wrote a Ballot Breakdown, which provides voters living on the Atlanta campus with information about the candidates they will be choosing between.

Taiwo believes that ESV is building the foundations for a coalition that will last for several generations.

“Already, the people we’re speaking to are just so excited to see change happening and are so instrumental in making change,” Taiwo said. “I’m just really excited to see what we’re going to come up with.”

Managing Editor Gabriella Lewis (23C) is the acting vice president of Fair Fight and had no role in writing or editing this article.

Carly Colen (23C), who was formerly a contributing writer for the Wheel and previously served as a producer for Wheel Talk, had no role in writing or editing this article.