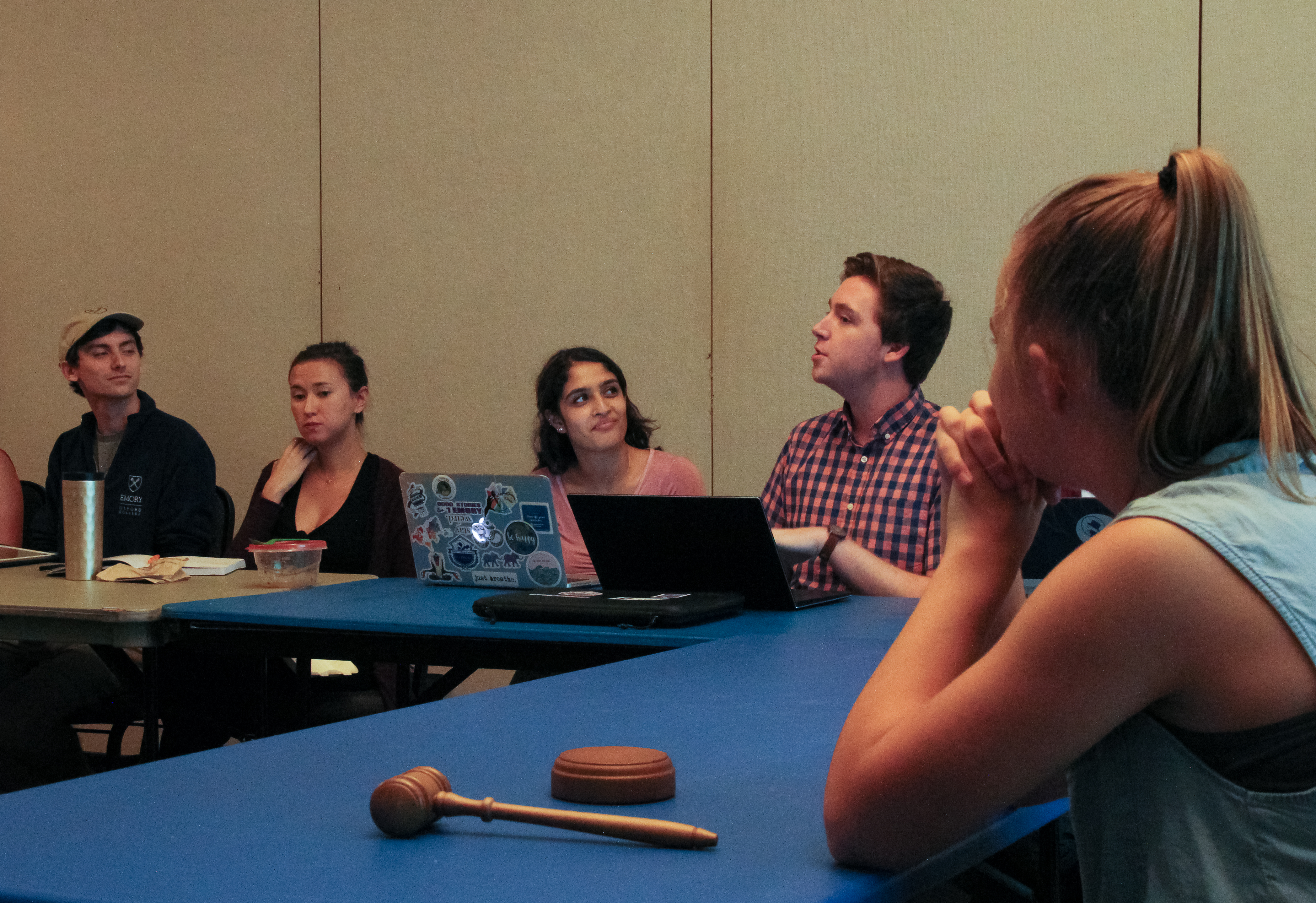 The 54th legislature of the Student Government Association (SGA) unanimously passed a bill encouraging SGA members to use their pronouns during meetings on Feb. 15. College Council (CC) passed a similar bill during their meeting on Feb. 3.

The bills in both SGA and CC were proposed by First-Year Legislators Khegan Meyers (24C) and Noah Marchuck (24C).

The bill introduced in SGA modifies the Code of the SGA to include that members are “encouraged to share pronouns regularly and when granted floor privilege for purpose of introduction.” It also states that “repeated and malicious” misuse of pronouns can result in disciplinary action, which may include removal from office.

The bill passed unanimously in SGA with 14 legislators in support. It passed CC with 21 legislators voting in support of the bill, one abstention and one legislator against. CC legislators cast their vote by secret ballot, according to CC President Aditya Jhaveri (21C).

Meyers explained that the bill aims “to normalize transgender and queer individuals [and] to make it very normal for them to share their gender identities as well.”

Marchuck added that while pronoun usage is encouraged, it is not mandatory.

“We are just suggesting it — we are not forcing anyone to do anything that makes them uncomfortable,” he said.

SGA legislators were generally supportive of the bill.

“I really like the idea behind this,” Oxford-Atlanta Liaison Alyssa Stegall (21Ox) said. “I think SGA represents the student body and in doing so, we should be inclusive and doing everything we can to do that and I think this is a really simple easy way to be doing that.”