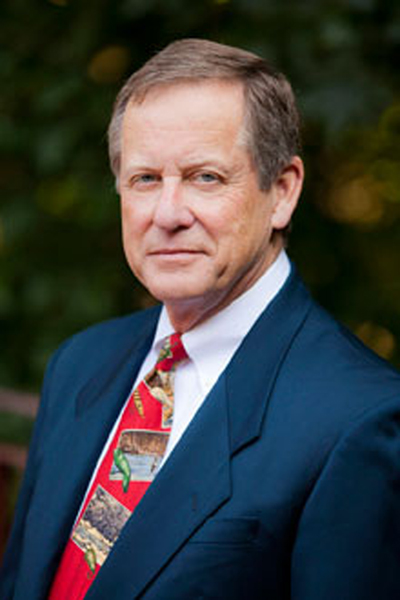 Emory alumnus and businessman John Morgan (’69B) was elected as the new chair of the Emory Board of Trustees at a board meeting last week.

Morgan succeeds Ben F. Johnson III (’65C), who has served as chair since 2000, according to a Nov. 8 University press release.

The Board of Trustees governs the University by establishing policy and exercising fiduciary responsibility for the long-term well-being of the institution, according to the board’s website.

Morgan said the trustees’ job serves an important role for the future of Emory.

Morgan has a clear goal in mind for his term as chair which centers on Emory’s mission and role in shaping the future.

“The wind is at our back when it comes to our mission of doing good things for other people, whether it’s patients [in the Emory Healthcare system] or students or community members around us,” Morgan said. “As trustees, we do what we do for the future benefits and good outcomes for everyone involved with Emory.”

As for the future, Morgan does not see any large-scale changes in the University.

“Emory doesn’t need to ‘change’ who we are to move into the future,” Morgan said. “Who we are is exactly who we should be.”

What will change is the world around us, and what sets the Emory community apart is how it handles adaptation to new changes, Morgan said.

“While there are headwinds working against our progress as an institution, such as changes in higher education, the economy and medical care, Emory is well suited to adapt,” Morgan said. “If we can do better things with more limited resources, I will be satisfied with Emory’s direction.”

Morgan said he feels confident in the ability of faculty, students and the board itself to adapt to changes, in part from the liberal arts curriculum that he says is a hallmark of and Emory education.

“[Classes in the liberal arts] transformed me by changing the way I think about things, sparking a lifelong love of learning and gave me an appreciation for the humanities and a good education,” Morgan said. “Revelations still continue to occur and guide my way of thinking in my daily life.”

Johnson echoed Morgan’s sentiments, and added another factor setting Emory on the right path toward the future is the sheer amount of opportunities available to students.

“There is such an incredible array of resources and programs at Emory, and I encourage students to waste as few of those resources as you possibly can, Johnson said. “When I was a student in the 1960s, it was like I was in a cafeteria of opportunities with an unlimited credit card.”

Johnson took advantage of those opportunities during his time at Emory, serving as president of the Interfraternity Council (IFC), member of the Barkley Forum debate team and writer for the Wheel among many other things.

“College is a wonderful opportunity to reach out and grab things you’ll never have a chance to again,” Johnson said. “Emory is one of the best places to go for that.”

When asked to reflect on the legacy he left as chair of the Board of Trustees, Johnson said he is most pleased with the “strong, high-performance team” of administrators selected during his time, including University President James  W. Wagner, Provost and Executive Vice President for Academic Affairs Claire Sterk and several new trustees.

“Strength builds upon strength, and I couldn’t be happier with John Morgan as chair and the rest of the leadership at Emory,” Johnson said.

Johnson recalled that the Emory he has seen in his 48 years since graduating can be represented by one part of campus: the Quadrangle.

“You walk on the Quad, and while you see some things are new and have been updated, you still get the same general feel you did 50 years ago,” Johnson said. “While appearances and times may change, the underlying core of Emory will continue to stay the same forever.”

Ultimately, at the end of his term as chair there is one word that Morgan would like to be ascribed as his legacy.

“If I have one word I want to describe [the board’s legacy] at the end of my term, it’s adaptation,” Morgan said. “But hopefully we’ve done it in a way that preserves the heart and core of the University.”

Morgan has served in leadership roles on the board since his election to the board in 1996, including vice chair, chair-elect and chair of the board’s finance committee, according to the press release.

Before being elected as a trustee, Morgan chaired Emory’s Board of Visitors and the Campaign Emory library campaign.