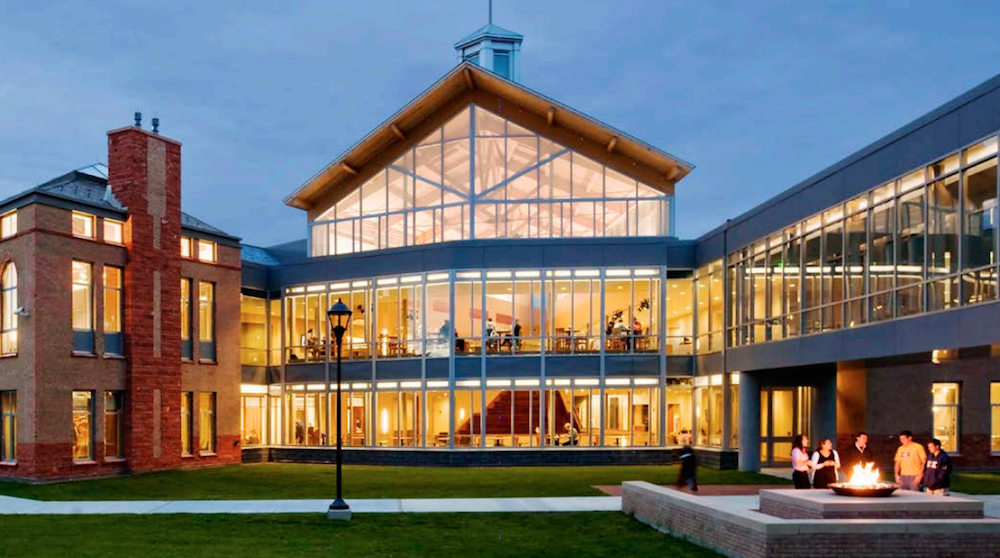 After decades of walking through its halls, students will bid farewell to the current Dobbs University Center (DUC), as it is set to be replaced by a new, larger student center.

Originally built in 1950 to honor members of the Emory community who were lost in World War II, the DUC was renovated in 1971 and 1986. Since then, it has become a prime location for dining and student organization activity, serving as the heart of Emory’s campus.

But in recent years, some feel that the building no longer suits the needs of the many students and faculty involved on Emory’s campus, according to Senior Director of Emory’s Food Service Administration Dave Furhman.

“Simply put, the Dobbs Market facility at the DUC has outlived its usefulness,“ Furhman said. “The current dining room space and configuration is generally considered uncomfortable, loud and certainly not a place where the community wants to gather or linger for any period of time.”

In an email to the Wheel from the Director of the DUC Benjamin Perlman, the new building, tentatively called the “Campus Life Center,” will be designed on five basic principles: welcoming all students, providing inspiring dining, fostering collaboration, embracing large events and meetings and providing a uniquely “Emory” image and character.

According to the DUC’s official webpage on the project, the building layout will reflect students at all levels in their academic careers — including freshmen, seniors and even graduate students — in order to make the Campus Life Center more welcoming to students of all backgrounds and interests.

Students were asked what they wanted to see in an improved student center and the Campus Life Center will reflect this input by expanding the current space and making it open to more student organizations, Perlman said.

“The hope is that student input will create a vision that fits every group Emory represents.” — Senior Vice President and Dean of Campus Life Ajay Nair

The webpage also states that dining will be improved through a new menu that will not only be healthy, but also accommodating of a wide variety of dietary needs and restrictions. Seating will also be expanded to create a larger, more flexible dining space.

According to Senior Vice President and Dean of Campus Life Ajay Nair, more space will be allocated for student groups while also placing Campus Life departments in the same place to better facilitate communication between an organization’s students and advisors. “The meeting spaces will also be much larger to allow for more usage for a variety of events and provide easier access to catering and delivery services that these events often require,” he said.

According to Nair, students are already becoming involved in the project at this very moment.

“There is a student advisory board that meets monthly and is comprised of representatives from the departments in the DUC, students from each college and school, and representatives from SGA (Student Government Association), the University Center Board and the Food Advisory Committee at Emory,” Nair said. “The hope is that student input will create a vision that fits every group Emory represents.”

The final proposals for the new designs are due in March and will be placed in the DUC for public viewing and critique after spring break. The designs will then be reviewed by a jury in April and voted on soon afterwards.

“We hope to have the process completed by the end of April,” Perlman said.

A definitive timeline not yet been established, and the project still must go through regular approval processes, Perlman wrote in an email.

College freshman Bradley Wolters agreed that it’s time for a change in the DUC.

“It’s hard sometimes to find a place to sit when meeting friends for lunch during peak hours at the DUC,” Wolters said. “I hope the new changes make it easier to eat at the DUC at any time during the day.”

Students hope that the new building reflects their interests and voices as young leaders on Emory’s campus.

“I’m glad that we’re being given the opportunity to have a say in how this new building is being constructed,” College freshman Rahul Nair said. “As someone who goes to the DUC several times everyday, this new design is very important to me.”

This article was updated at 5:50 p.m. On Jan. 30 to reflect that Perlman wrote to the Wheel that a timeline for the project has yet to be established.

This article was updated at 12 p.m. on Jan. 30 to reflect a change in the statement that construction for the new center will begin later this year. At the earliest, construction will begin December 2016.