Netanyahu’s Re-election Not Reason to Cut Ties With Israel 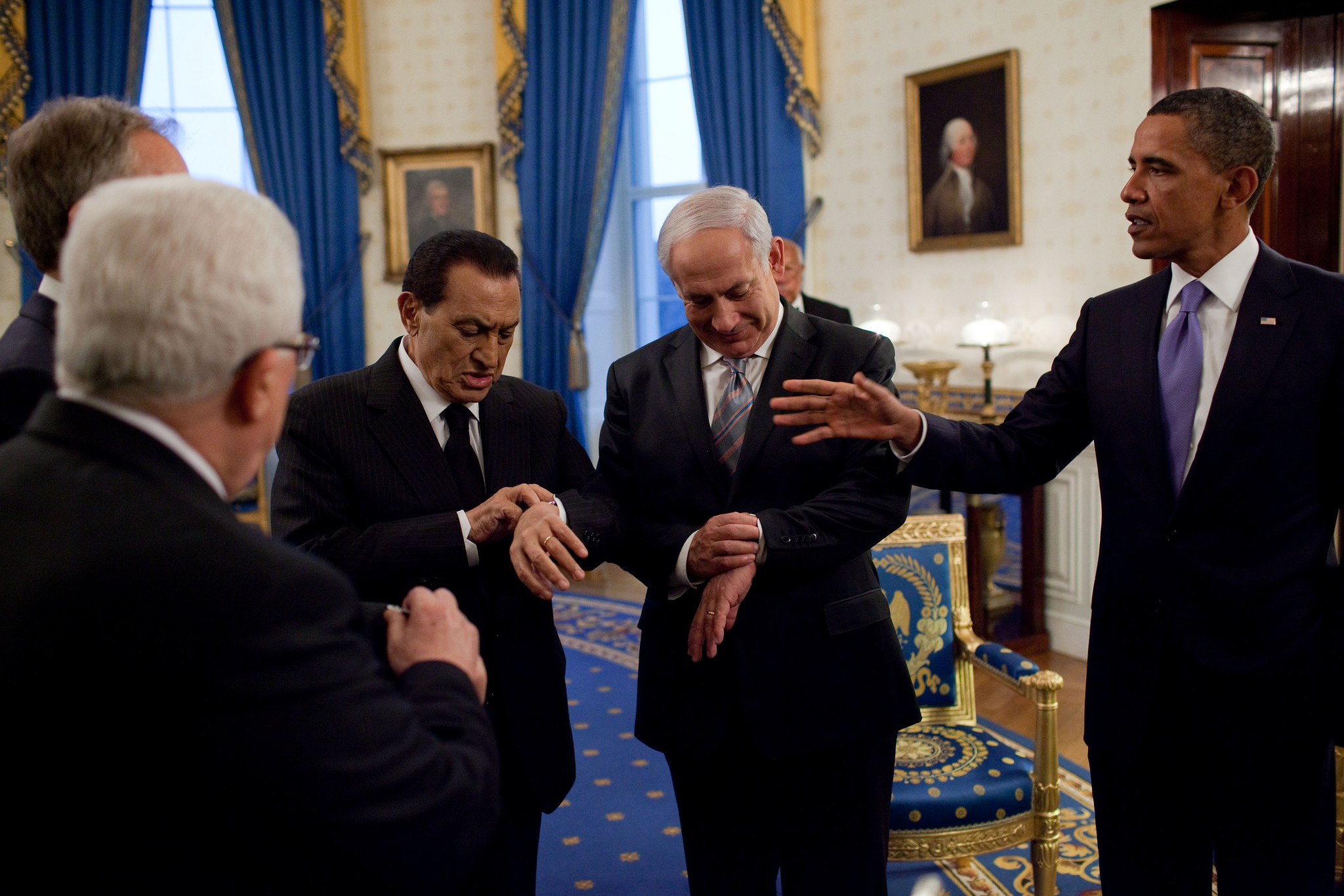 On March 17, Benjamin Netanyahu’s Likud party won a plurality of seats in the Knesset (Israeli parliament), practically ensuring his fourth premiership. Since the election, much of the international community, including the United States, have begun reevaluating their relationships with the Jewish state. Many conclude that Netanyahu is not a serious partner for peace with the Palestinians but rather a war hawk determined to prioritize Israel’s security at unreasonable costs. In an op-ed published in the Wheel on March 24, author Ben Perlmutter describes the declining relations between Israel and Europe/United States, stating, “The action and rhetoric of the Netanyahu government risk turning Israel into an international pariah that the United States and Europe will not support if new existential crises emerge.” Perlmutter concludes that in the face of this “indigenous Jewish extremism” from Netanyahu, Jews have a responsibility to distance themselves from the Prime Minister. I find these sentiments troubling for two reasons.

First, the US-Israel relationship should not be contingent upon who wins the premiership. Israel and the US have always shared core values, including striving for an inclusive democratic system, ensuring basic rights to all citizens and working toward a terror-free Middle East. The relationship has moved through several disagreements between American presidents and Israeli prime ministers but has remained durable nonetheless. Today, the relationship clearly enters another rough patch. President Obama and Netanyahu have fought over a wide array of issues, ranging from accusations that they each attempted to influence the other’s election toward their opponents to disputes over settlement construction in the West Bank.

Regardless of how one feels about these conflicts, the response of American leaders should not be to distance themselves from Netanyahu. He won and will lead the coalition that determines Israel’s policies until the next election. Distancing from him means distancing from Israel. To be clear, I am not recommending blind adherence to Netanyahu’s opinions and policies — they should definitely be open to criticism. But rather than reject the Prime Minister, American Jews should remind leaders of the necessity of maintaining the strong relationship with Israel, despite any personal politics.

An obvious question arises: at what point should American Jews distance themselves from Israel? I agree with Perlmutter that if Israel elects a party that spews extremism similar to that of the Spanish Inquisition, Eastern European pogroms and Nazism (the examples he lists), American Jews have an obligation to reject Israel. Luckily, Israel has failed to elect such a party. The Likud party, the center right, secular party of Israeli politics, is in no way shape or form extremist in the likes of the aforementioned entities.

This fact is the second and predominant reason why I find Perlmutter’s article troubling. One possessing minimal knowledge about the Israeli-Palestinian conflict could get the impression that, like assailants of the Spanish Inquisition, pogroms and the Third Reich, Netanyahu has spent the last six years systematically torturing and murdering people. Labeling Netanyahu’s acts as this kind of extreme is exceptionally dangerous when the majority of his policies, especially the ones Perlmutter lists, are essential to Israel’s security, not acts of “extreme militarism towards the Palestinians.”

Perlmutter asserts that the blockade of Gaza is inhumane and that Israel acted excessively in the 2014 summer conflict in Gaza. The blockade, which was implemented in September 2007 while Netanyahu was not in office, serves to fulfill Israel’s responsibility under United Nations Resolution 1373, which requires nations to prevent terrorist organizations from obtaining military materials. The terrorist organization Hamas’s election in 2006 and launching of 3,307 rockets into Israel in 2007 spurred the creation of the blockade and economic sanctions. Israel transports food, water and electricity into Gaza daily, and four out of five medical treatment requests are granted (denials only occur when applicant poses a significant security threat).

Since coming to office, “extremist” Netanyahu actually oversaw several reductions in the sanctions, limiting the prohibited items list to dual-use materials and weapons in 2010 and letting construction material into Gaza in 2012. This resulted in renewed capabilities for Hamas to indiscriminately launch rockets at Israel and to construct “terror tunnels” using the material Netanyahu let in for schools and hospitals. Under Netanyahu’s “inhumane” sanctions, Gaza has achieved a life expectancy of 74.64 years, higher than that of Russia, India and Brazil, and a literacy rate of 95.3 percent, higher than in much of the world. History has shown that rather than totally crippling Gaza, the sanctions are necessary to prevent Hamas from attacking Israel. In terms of the exceptional use of force over the summer, sheer body counts understandably angered the international community. Rather than condemn Netanyahu, however, American Jews should explain to leaders why the death toll was so tragically high. An independent group of American military officials concluded that Hamas intentionally placed military targets near civilian areas to increase civilian casualties and garner international support. In an effort to reduce these casualties, Israel dropped flyers notifying residents of an attack. I do not recall learning about pogrom rioters notifying Jewish villagers that they were coming.

Next, Perlmutter argues that Netanyahu’s expansion of West Bank settlements, as well as his dismissive rhetoric of a two-state solution, isolates Israel from the international community and America. Again, I agree that this trend is occurring. The response cannot be, however, to allow it to happen, especially in America. Netanyahu’s promise against a two-state solution was clearly rhetoric to mobilize voters before the election. His policy, like that of America and most Israelis, is that a two-state solution can only occur if Israel’s security can be maintained, but that it should occur. I assure you that, in the present climate, not even the leftist parties would have moved for a two-state solution. Also, while his continued expansion of settlements is definitely not conducive toward the peace process, let us not forget that he willingly froze settlement construction for 10 months in 2010, during which the Palestinian Authority barely attempted peace talks. His “extreme” settlement construction only occurs in about 2 percent of the disputed territories, and the settlements employ 35,000 Palestinians.

Perlmutter describes the rise in global anti-Semitism but concludes that Israel is in a strong position to defend itself. I agree, and in order for Israel to maintain this strong position, it must continue to prioritize its security. American Jews should lobby leaders to oppose the positions with which they disagree, be it Netanyahu’s policy on Iran or in the West Bank. But Netanyahu is definitely not the extremist that necessitates a significant change in the US-Israel relationship, and saying as much completely undermines Israel’s security. The largest threat to Jews is still growing anti-Semitism and radical Islam; blaming Netanyahu only exacerbates these realities.

Andrew Alter is a College sophomore from Houston, Texas. 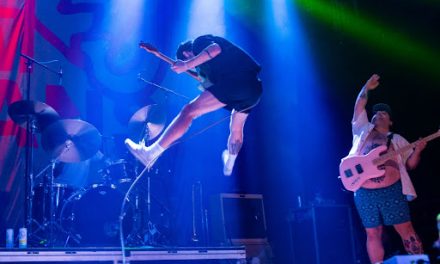 No cavities in sight as Mom Jeans. visits The Masquerade for ‘Sweet Tooth’ Tour 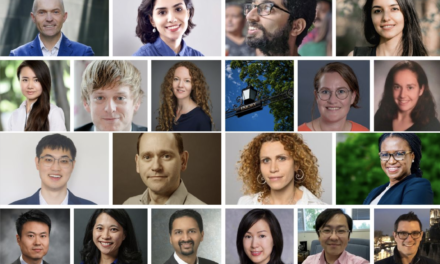