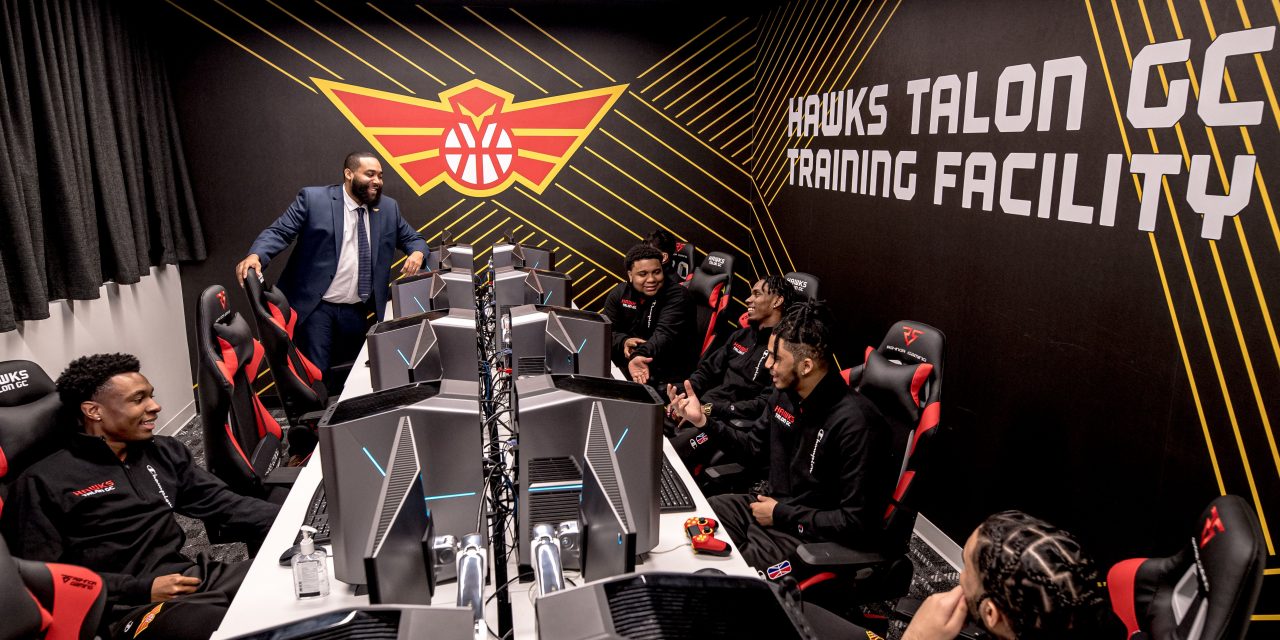 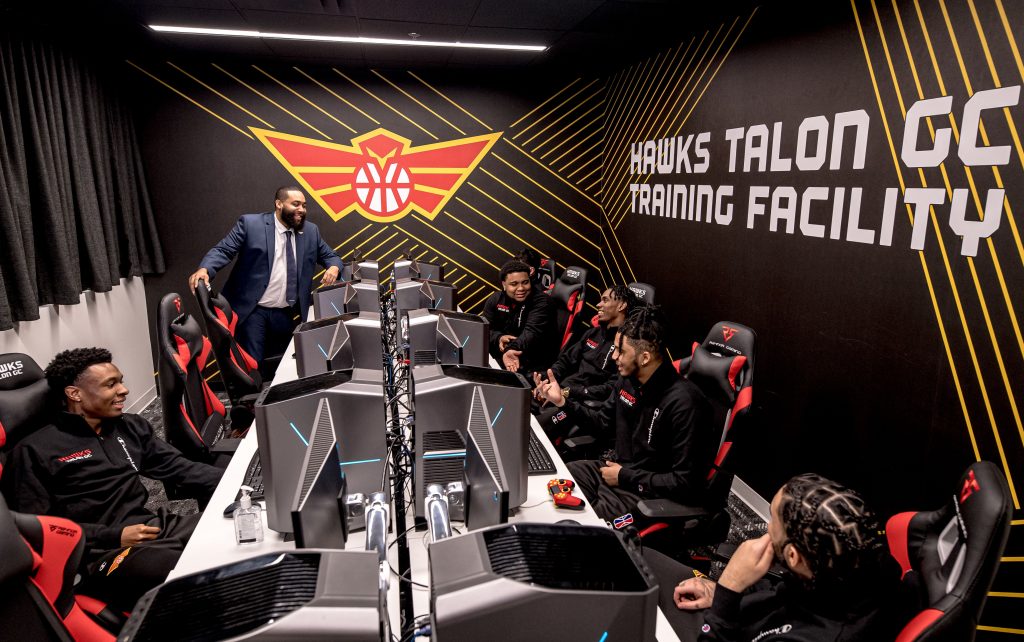 It’s no secret that the sports world has taken a huge beating from COVID-19. While some leagues have plans to resume on later dates, they will likely do so without fans and with heavy precautions. One league, however, has kept its foot on the gas: the NBA 2K League.

The NBA 2K name is not unfamiliar to sports gamers. From 1998, when the first NBA 2K — the NBA Action 98 on the SEGA Saturn Console — was released through the current NBA 2K20, the game has been widely popular. To capitalize on this popularity, the NBA teamed up with NBA 2K parent company Take-Two Interactive Software, Inc. to create the NBA 2K League.

Usually, when a user plays a 2K game against another player, they control an entire team, as does their opponent. But in the league, there are ten different players — five per team — with each player controlling one positional player. While you can play with nine other users on the video game, users typically play solo or against just one other player, each controlling one entire team.

To become a professional player behind the screen, though, you must be one of the best players in the world. Anyone who owns a copy of the game and is 18 years old is eligible to compete in the Qualifier. You then play 100 games with nine other players, such is the league’s style; to advance to the NBA 2K League Combine, you must win at least 50 of those games. If you meet all of these requirements, a new mode will display on your 2K profile called “NBA 2K League Combine.” In this mode, there are specific playing windows in which players must compete, and they must play at least 40 games in one position. Aside from the Combine, you can also enter the league through Pro-Am tournaments hosted by the 2K teams, the European Invitational or the Asia-Pacific (APAC) Invitational.

Even with all of these events to make a name for yourself, the likelihood of getting drafted is very slim. In the league, there are 23 teams, each affiliated with an NBA team. However, each roster only has six players, partly filled by returning players. In the 2020 Draft, there were 229 players who were eligible draftees for only 68 open spots in the league.

In the past two seasons, the 23 teams competed in front of a live audience in Manhattan, where trash-talking or sudden emotional outbursts were expected. However, due to the pandemic, the players play remotely from their homes while being videotaped. Quarantine or not, the games are always live-streamed on YouTube or Twitch. But, with the lack of entertainment on sports channels due to major league cancellations, ESPN2 has now started broadcasting some of the games.

With the virtual platform at their disposal, the league began their matches on May 5. In each matchup, the two teams compete in a best of three games with six-minute quarters. This past week, the Atlanta Hawks Talon GC bested their opponents and finished 2-0 for the week. The Hawks now have an overall record of 3-1.

For guard Mykel Wilson (KEL), the matchup against Grizz Gaming, his former team, was especially personal. With this motivating factor under his belt, though, he was able to carry Hawks Talon GC to an outstanding victory. In the first game, KEL had a personal season-best 27 points. Beside KEL was guard Michael Diaz-Cruz (BP) and center Levi Lamb (LEE). BP contributed to the score with 17 points while LEE dominated the boards with 12 rebounds and five blocks. While Atlanta had the momentum, things took a turn for worse in Game 2.

During the second game, there was a crash in the gaming system, causing a momentary pause in gameplay. Grizz Gaming capitalized on Atlanta’s lost momentum and began to take the game away. BP led the team with 17 points and LEE powered through with 11 points and another 12 rebounds. However, it was not enough to take the series, and the matchup was to be decided in Game 3 — their first Game 3 of the season.

While this was new terrain for Hawks Talon GC, they were ready to battle and leave victorious. BP continued to carry his weight, leading the team with 34 points, six steals and five assists. KEL made sure to leave his mark on the game versus his old team, contributing 22 points. With BP and KEL’s developing chemistry on full display, the win came easily to Atlanta.

To prepare for their next matchup, though, Head Coach Wesley Acuff knew the team had to put in the work, including watching film and practicing best-of-three series, he said.

After the hard-fought battle on May 13, Hawks Talon GC was ready to face their next opponent: Pacers Gaming. Atlanta came in swinging, defeating Pacers Gaming in two games, winning the first game 57-55 and the second 86-65.

From the get-go, it was clear that the teams were evenly matched. Pacers Gaming’s Eddy Perez (BOHIO) has been their go-to guy during the season. But KEL was confident that if they limited his game to playmaking, Atlanta could reach the victory, he said.

“BOHIO is more of a playmaker,” KEL said. “I want to make BOHIO score, and if we do the same type of defense — press them, make them throw turnovers — I don’t think the Pacers stand a chance against us.”

Atlanta barely scraped by with two points, but their relentless effort showed that they weren’t going down without a fight. The dynamic duo of KEL (25 points) and BP (22 points) was unstoppable on the floor. The team was locked in defensively and capitalized on their growing chemistry. With a win under their belt, there was nothing stopping them in Game 2.

In the second game, the aggressiveness on offense pursued, and the duo of KEL and BP made their mark. BP led the team with 34 points and also had 11 assists while KEL contributed 27 points. Defensively, forward Andrew Valle (MRSTYLEZ) and LEE totaled 18 rebounds for the team, helping to secure the victory.

While the team ultimately lost, Atlanta played passionately and aggressively throughout. In the first game, BP and KEL each contributed out 25 points. As the face of Atlanta’s defense, LEE did not disappoint, coming down with 19 rebounds. These tremendous efforts, though, were not enough to stop the Raptors Uprising GC’s consistent shooting, and Atlanta fell short by eight points.

However, Hawks Talon GC was not ready to give in that easy. While BP and KEL are the usual suspects on the scoring front, scoring became a much more balanced affair in Game 2, with MRSTYLEZ, KEL, BP and Kwan Larry Niblack Jr. (FOLLOWTHEGOD) scoring at least 10 points each. Despite the loss, Acuff is confident the squad can expand on their play and continue to be a dominating force in the league.

“We had sparks and little moments of success on the defensive end and offensive side. But, we also had some lapses,” Acuff said. “So what I’m planning to do is implement a few extra sets that we can run on offense, taking some of the scoring load off of my point guard, and we’ll go from there. But, I think all-in-all we played a really tough game, and it really came down to us not making enough shots.”

The squad has the week off but will resume on June 2 in a match against 76ers GC at 7 p.m.