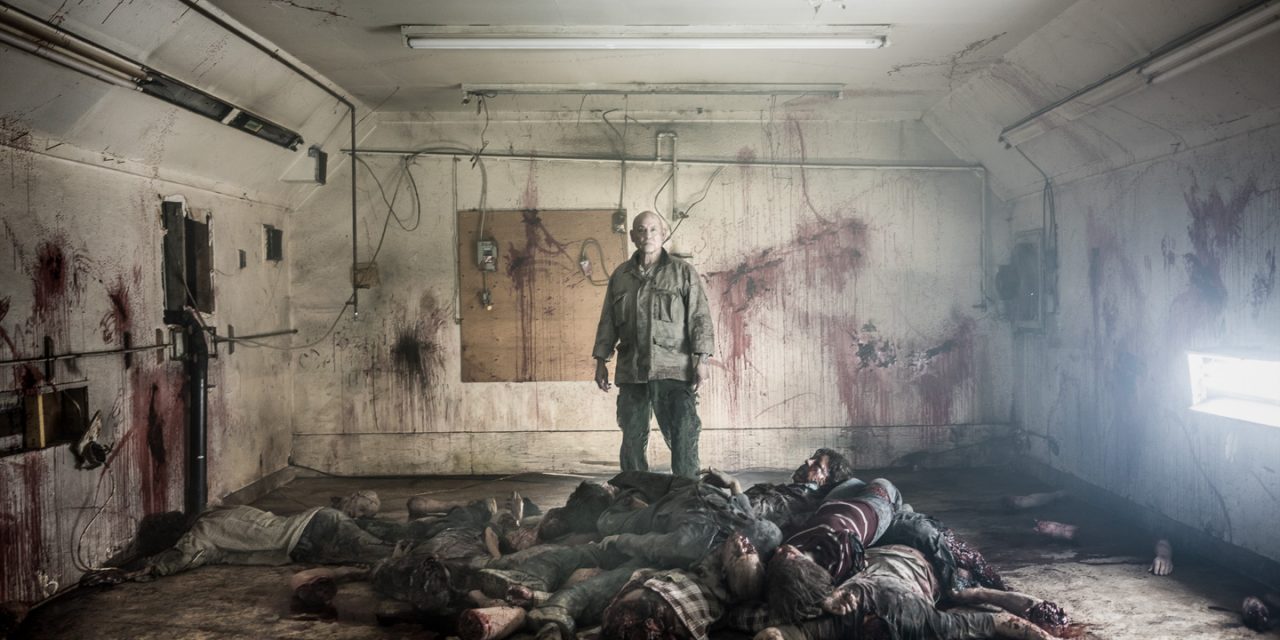 In the wake of Thanksgiving, let us remember this month commemorates Native American heritage. In 1990, National Native American Heritage Month began to celebrate the complex history of Native Americans — filled with traumatic memories of departure and destruction at the hands of white colonizers, but deep-rooted resilience. Few films are able to highlight their experiences, especially in the horror genre.

More often than not, white horror filmmakers emphasize the tradition and folklore of Native Americans rather than individuals themselves. Mythological beings such as wendigos, possessive spirits known to induce cannibalism, are antagonists for primarily white victims in horror movies and even video games, as with Will Byles and Nik Bowen’s 2015 “Until Dawn.” The continued failure of directors to acknowledge present-day Native Americans is evident through the racist “Indian burial ground” trope that plays a large part in films such as “The Shining” (1980), “The Amityville Horror” (1979), and both 1989’s original version and the 2019 reboot of “Pet Sematary.” These films highlight the disconnect between filmmakers’ beliefs about Indigenous people and the depressing reality Native Americans experience. Horror films that explore the nuanced and true accounts of Native Americans rather than their folklore do in fact exist: below is a list of such films that highlight Native American actors, directors and stories.

“Prophecy” revolves around public health official Robert Verne (Robert Foxworth), who takes a job from the Environmental Protection Agency to investigate land disagreements between a Native American tribe and employees of a paper mill in Maine. Conflicts escalate when several deaths occur throughout the community, leaving Verne and his wife Maggie (Talia Shire) to seek out the culprit.

The issue between Native Americans and corporations in “Prophecy” is not one limited to fiction, as seen within ongoing tensions between the Dakota Access Pipeline and members of the Standing Rock Sioux nation. The film’s fictional dispute comes when the paper mill company dumps chemicals into the water supply and the audience learns that the murders are the result of a mutated bear. The creature, nicknamed Katahdin after the mountain of the same name, does not only symbolize the dangers that arise from corporate control but also exemplifies the film’s dedication to practical effects with impressive costume design. “Prophecy” may have its cheesy moments, but it stands out as a fun film dedicated to highlighting the ecological damage wrought by corporations.

In his book “Terror in the Desert: Dark Cinema of the American Southwest,” author and filmmaker Brad Sykes considers “The Ghost Dance” to be the first Native American slasher. Directed by Peter Buffa, the film follows healer Aranjo (Henry Bal), who is possessed by the murderous spirit of a warrior named Nahalla as a result of an archaeological dig by Kay Foster (Julie Amato). It’s up to the archaeologist and her lover Tom Eagle (Victor Mohica) to fix their mistake and stop the attacks of Aranjo.

The film derives its title from a religious movement within Native American groups that performed a ritual dance to instill peace between other tribes and halt European expansion. The film also talks about the subject during a class discussion run by Kay that explores the interconnection between Christianity and Indigenous beliefs. Buffa questions the effects of colonization on culture through the incorporation of the movement as well as the depiction of Tom, a Native American who wishes to discard his spiritual beliefs. These questions, along with Bal’s menacing performance as the possessed Aranjo, sets this slasher apart from others. While Buffa’s directorial debut has a few issues, such as poor lighting in some scenes, “The Ghost Dance” is an important film that combines 1980s slashers with Native American history.

“The Dead Can’t Dance” is a horror-comedy about Comanche citizens Dax Wildhorse (Rodrick Pocowatchit), Ray Wildhorse (Guy Ray Pocowatchit) and Ray’s son Eddie Wildhorse (T.J. Williams). While en route to drop Eddie off at college, the spread of a mysterious disease turns everyone but the Wildhorses into zombies, who must get over their interpersonal grievances to face off against the undead.

This directorial debut of Rodrick Pocowatchit is a film that looks less at the external problems facing Native Americans and more at the internal difficulties of the characters. Diner-owner Dax, who renounces his faith, acts as a foil to his brother Ray, who identifies more with his culture. As a result, they constantly disagree about Eddie’s medicines, with Dax thinking he should be “babied” and Ray thinking he can take care of himself. This conflict parallels the zombie dilemma the three face, forcing the group to come to terms with and better understand each other. The zombies are reduced to stumbling characters with grey face paint to not only emphasize the leads but also work with the small budget of the film. “The Dead Can’t Dance” is a hopeful introduction for Pocowatchit and, in a society dominated by blockbusters, an example of the excellence that can be found in low budget productions.

Directed by Ted Geoghegan two years after the release of his directorial debut, “We Are Still Here,” “Mohawk” is a historical horror film that follows Okwaho (Kaniehtiio Horn), a Native American woman escaping from American forces led by Hezekiah Holt (Ezra Buzzington). After the death of her mother, Okwaho and her lovers Joshua Pinsmail (Eamon Farren) and Calvin Two Rivers (Justin Rain) fight the troops through the forests of New York.

Set during the War of 1812, “Mohawk” explores the depravity of war and the strength that can come from being one with a culture. Hezekiah’s hatred for Native Americans is so strong, especially after the death of his son, that it overshadows his concern for his own men, many of whom died along with Mohawk people. These deaths result in Okwaho shaving her hair into the style of a long mohawk and eventually facing off against Holt. While the customary mohawks of the Mohawk people are smaller, the scene acts as an example of Okwaho embracing her culture and using it to face off against her attackers. Along with these personal scenes of self-reflection, the film makes use of practical and visual effects to set up some well-coordinated fight scenes, which are further elevated by the forested setting, allowing for surprises to pop out from any tree. If you are looking for a historical horror that will keep you invested throughout, then “Mohawk” is the movie for you. 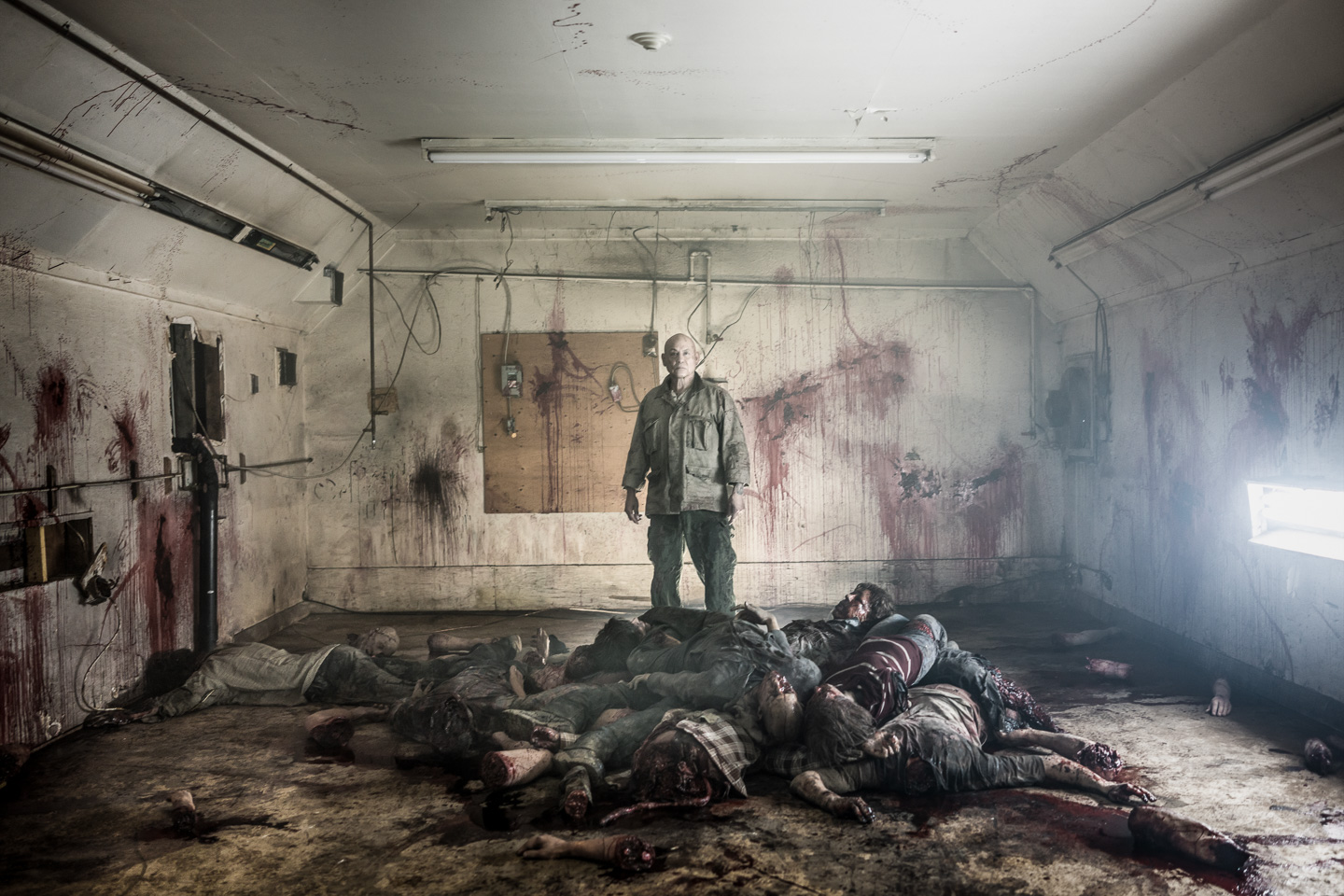 Originally premiered during the 2019 Toronto International Film Festival, and now an exclusive film on the horror-streaming service Shudder, “Blood Quantum” concerns a zombie outbreak in Canada that only affects people who aren’t Indigenous Canadians. The Indigenous people set up base at Red Crow Reservation and tensions rise as members begin to question the dangers of housing so many white refugees at the base.

While Pocowatchit explored family and zombies, director Jeff Barnaby aims to explore immigration and colonization in “Blood Quantum.” The title refers to a real set of laws used by the federal government to judge an individual’s heritage and ability to join a tribe based on the number of full-blooded Native Americans in their family tree and their ancestry. In the film, the blood quantum laws intend to provide shelter to people whose heritage is heavily Mi’gmaq-based, leaving the others vulnerable to infection and zombie attacks. The film forces the viewer to remember the destruction experienced by Indigenous Canadians and how it affects the characters’ actions as they decide the fate of others. That moral dilemma, along with the beautiful exterior shots and incredible gore effects, puts “Blood Quantum” above many other zombie movies.

These are only a few of the many horror movies that tackle the difficulties experienced by Indigenous people. However, the list is still small compared to the massive selection of films that solely focus on their mythology instead. The refusal to explore the realities of Native Americans proves to be yet another example of the repeated degradation they face. I do have hope, however, that more films about Native Americans will be produced, especially from directors such as Barnaby and Pocowatchit, and horror will continue to flourish as a genre of diverse stories.