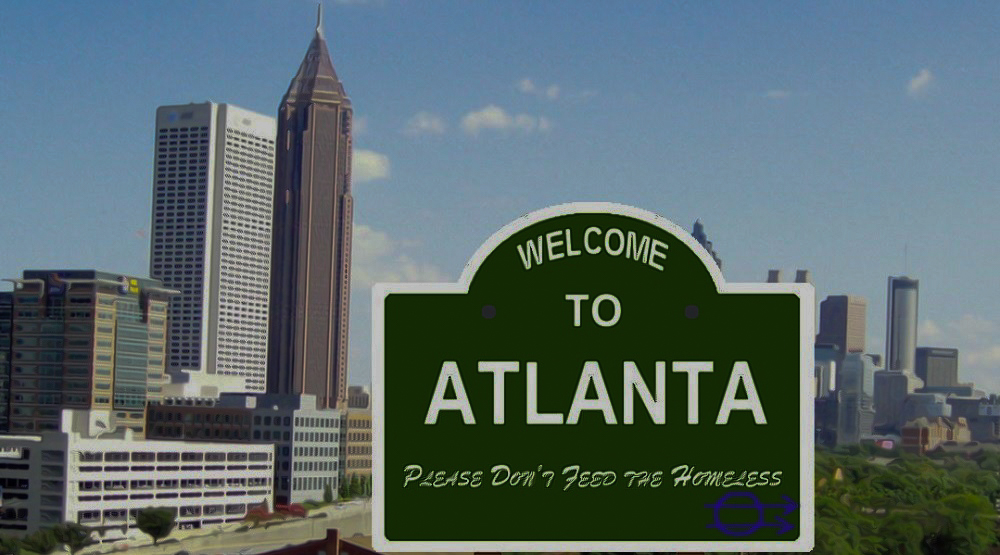 During the summer of 2010 a friend of mine and I were confronted by the Albuquerque Police Department. The crime? Feeding the homeless. The police told us it was illegal to feed the homeless without a permit and asked us to leave. We refrained from doing so temporarily, but were back the next week. Several weeks later, the police were also back. This time they arrested my friend, Alfonso Hernandez, and another man who was recording the incident.

Hernandez had been serving the homeless in Downtown Albuquerque for four years before the incident, and it turns out no law was broken. The judge threw away the case and Hernandez won $45,000 in a settlement after he filed a civil rights lawsuit against the city. The city of Albuquerque was trying to force the homeless away from Downtown illegally to a homeless shelter called Joy Junction on the edge of the city. Despite the massive amount of money Joy Junction receives from the government, they provide subpar services to the homeless population. Hernandez’s actions, along with similar ones nationwide, provide much needed services to the homeless for barely any money.

What happened to Hernandez was not an isolated incident. Throughout this country, police and legislators have been waging a war on the homeless for years. Since 2013, 26 cities have passed laws that bar people from feeding the homeless, laws that “do not address the root causes of homelessness and poverty in the United States,” according to Kara Kennedy, an intern at the National Coalition for the Homeless. By targeting independent acts of charity, legislators can route the homeless to certain areas and limit the amount of help they can get.

The motives behind this recent attack on metro campers: profit. Having the homeless gather is undesirable for businesses in the area, and the cities’ solution is to pretend they don’t exist and treat them — along with those who help them — as criminals. This only exacerbates the issue, further isolating the homeless community and making it less likely for them to seek the help they need and become reintegrated as productive members of society.

In Atlanta, Mayor Kasim Reed is going after the Peachtree-Pine homeless shelter by attempting to use eminent domain to seize the shelter’s property and build a police and fire station in its place.

Peachtree-Pine has had problems with tuberculosis (TB) outbreaks that have been confirmed by the Centers for Disease Control and Prevention (CDC), but despite this fact, it is a vital resource for monitoring the homeless affected with TB. Shutting down the shelter “arguably constitutes a public health threat, as the shelter is an important site for monitoring TB patients,” said Anna Simonton from Atlanta Progressive News. Steven Hall, attorney for the Metro Atlanta Task Force for the Homeless, points out that everyone who comes into the shelter gets tested for TB. The shelter is also completely compliant with CDC standards.

It is easy to feel like the homeless don’t exist, especially going to a school as prestigious as Emory. I feel pretty disconnected from issues such as poverty and homelessness when I’m studying here, so when I go back home to Albuquerque, the surrounding poverty takes me by surprise. While it is great attending Emory, the emotional disconnect from poverty creates a problem: if we don’t see the homeless, we feel they don’t matter — “out of sight, out of mind.” It’s important to be exposed to those living in poverty around and among us so that we remember it is an issue. In the richest country in the world there is no reason why poverty should be this bad. But it is, and it’s partially due to a lack of awareness.

This lack of awareness hits closer to home than you might think. In 2011 Joe Diaz, Ph.D student in philosophy at Emory, was arrested in the Robert W. Woodruff Library for trying to help a homeless woman. The incident was filmed, and it is clear the police were unnecessarily aggressive and out of line. Not only was he arrested, but according to his blog the treatment he received was brutal and below the standards of how anyone should be treated by authorities, even in jail. In light of the incident, Diaz calls out Emory’s slogans of ethical engagement as hypocritical, and so do I. Even Emory doesn’t seem to care about people being dragged away from campus for being compassionate.

The idea of “out of sight, out of mind” is the platform that legislators build anti-feeding laws upon. They are trying to make the homeless disappear by essentially outlawing compassion toward them. One of the arguments posed by legislators is that feeding the hungry enables them to be homeless, which is quite frankly outrageous. Having been heavily involved with the homeless community, I can say that homelessness is not perpetuated by those who care for them. Many of the homeless are mentally ill, disabled or veterans who cannot adjust to normal life, but mostly they are affected by the side effects of chronic poverty and lack of upward mobility that many communities in this country face.

Whether you care about the homeless or not, everyone has a right to their opinions and actions, and leaders certainly do not have the right to prevent people from caring for the homeless and sharing a meal with them.

Morgan Roberts is a College sophomore from Albuquerque, New Mexico.