Nathan Lee on Critique, Teaching and the Future of Theory 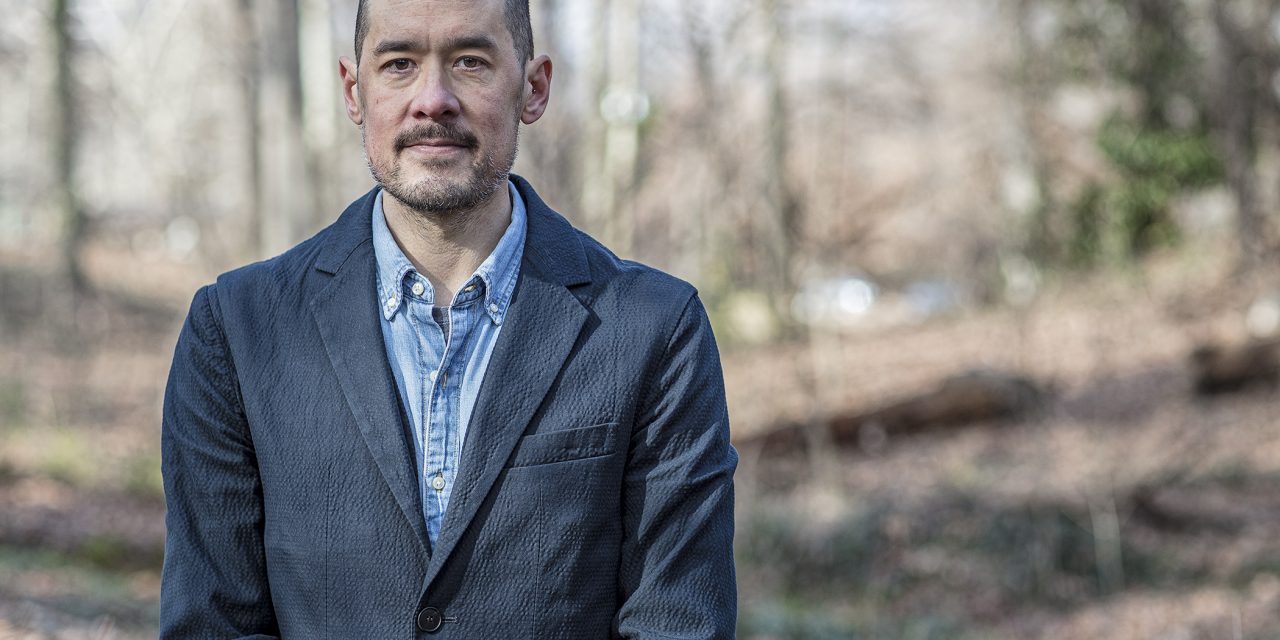 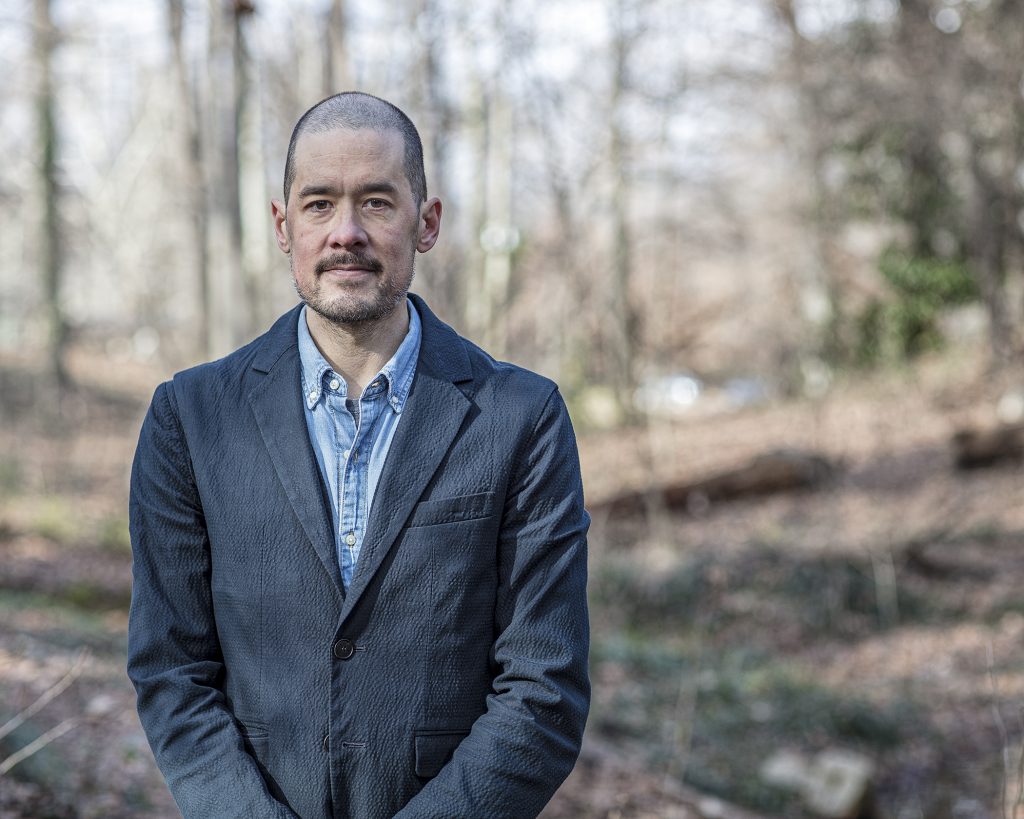 Nathan Lee is a visiting assistant professor in the Department of Film and Media. He has published film criticism in outlets including The New York Times, NPR and The Village Voice

The Wheel sat down with Lee to discuss film and media criticism, critical theory, and their relation to former President Donald Trump.

The Emory Wheel: What made you decide to move out of film criticism and into academia?

Nathan Lee: My path to academia is sort of nontraditional because, for a number of years in the 2000s, from 2002 until 2010, I worked full time as a film critic in New York City. One of the things that I was engaged with was experimental and avant-garde film. Most of my friends were artists, so I was quite involved in the art world in New York.

I had this intellectual restlessness and wanted to think about visual culture more broadly. The last years of my career coincided with the financial crisis of 2008. Newspapers were radically downsizing and laying off tons of people. The profession of film criticism started to really collapse.

I decided to do a master’s program at Bard College in curatorial studies. Three things happened to me when I entered the curatorial program in 2009. First, I realized I didn’t want to be a curator, even though I found curatorial studies fascinating and I curated many projects. Second, I realized that I was powerfully inspired by critical theory, which I read very intensely in that program. Third, I realized that I loved to teach. I had the good fortune when I graduated to be hired out of the program by the director to help her run the program administratively and also teach. I really fell in love with teaching.

That’s how I then completed my PhD in the department of modern culture and media at Brown University, which is also very interdisciplinary. I had a kind of circuitous path, because this was the moment when online journalism didn’t dominate everything. We were still in a kind of transitional moment where there were film magazines, and there were alternative weeklies. I was a critic at this moment when the industry was going through some transitions, and I was lucky because I had a kind of wonderful career as a critic at a time when that was sort of possible. And now I don’t think it’s a career path one can find themselves falling into so easily.

TEW: You talked about how much you love to teach, so that was something we wanted to ask about: What has your experience with teaching been like during this pandemic?

NL: It’s been really hard. Part of my approach as a teacher during a pandemic and teaching remotely is to not pretend that stuff’s not happening — to be very direct with my students, very open and check in with them because it’s coming from a place of concern and sincerity.

You can’t disentangle the personal challenges that we’re all going through under the pandemic from the pedagogical challenges and responsibilities that one has as a teacher. I can’t solve the problems. But I think for students to know that professors and Emory staff are concerned about them, are thinking about them and are trying to figure out how to help them do this is important for people to succeed, to feel supported and engaged in their studies.

TEW: We were wondering if you’d talk a little bit about the film and media criticism class [FILM 401W, Film and Media Criticism] that you’re teaching in the spring?

NL: Just this morning I was emailing the very renowned and influential film critic J. Hoberman, who wrote for many years at The Village Voice. He’s a brilliant writer, and I decided for this class, one of the things I want to do is teach one of his books. It’s called “Film after Film” (2012). It’s a kind of compilation and contextualization of his writings from about 2000 to 2012. I invited him to come Zoom in and talk to the students. He agreed, which I’m thrilled about.

This class is like a senior seminar. We begin the class reading some writers who are writing about criticism: How do we think about what criticism is? What does it do? What are we doing when we read a text? What is the position from which the critic speaks? What is the cultural, racial, gendered, sociopolitical, geopolitical and geographic location of the critic? How do we think about that as we’re writing?

We’re going to watch some really interesting movies. The very first film we’re going to watch is one that I often cite as my favorite film ever made, which is David Cronenberg’s “Crash” from 1996, a movie about people who are erotically fixated on car crashes. It’s so brilliant, but it’s very strange. And it’s literally one long sex scene. People having sex in cars, with cars. I rewatched it with a friend recently, and I was like, “What am I doing showing this week one, the students will be like, ‘Who is this professor?’”

One of the things that I love about the movie is that despite the fact that I’ve seen it 20 times, I have no idea what it’s about. It’s really indeterminate and ambiguous and strange. I want to pose this challenge to the students. What does it mean to interpret this movie? We’re starting with a bang, or rather a crash.

I’m curious to see how it goes. I’m hoping to create a space where people can really think and just test stuff out. There’s not a big pressure to get it right. It’s not that kind of a class. It’s really, “you guys are seniors. This is one of the last classes you’re going to take. What are your ideas?” I think it will be really fun.

TEW: We would also love to hear about your book project or your research.

NL: The manuscript I’m working on right now is called “Post-Cinema and the Question of Critique.” One of my fundamental arguments that drives the project is that critique is not the answer to anything. What critique and critical theory are centrally aimed at is developing and elaborating and testing questions. It’s never about coming up with an answer in its purest sense.

For a film and media studies scholar, this means thinking about the idea of the post-cinematic. The pandemic has made this really literal. But in a broader sense, the last 20 years have seen a kind of digital revolution in media.

The dissertation thinks these questions together: How do we think about contemporary media? How is it being presented, theorized, talked about? When we say “How is the digital different from the cinematic?” What does that question mean? What is the nature of that question? What are the presuppositions of asking a question like that?

That, to me, is a question that gets answered through critique and critical theory. It’s a way to think about a cultural moment in which critique is unfashionable, critical theory is considered obsolete, and yet the tools and the kinds of questions in those legacies continue to strike at the heart of how media is functioning today. For example, one of the chapters will be about this relationship of Trump to critical theory. Why are people in his administration talking about critical race theory? They don’t know anything about critical race theory. Why are they talking about Herbert Marcuse in the 1776 report? It’s insane! Some, like, boomer didn’t have their morning coffee. I don’t get it.

That’s the subtitle of the book: “Boomer Didn’t Have His Coffee: Post-Cinema and the Question of Critique.” So my interest is, in film and media studies, a distinct set of writings called Post-Cinematic theory. The dissertation looks very closely at the key moves in that discourse and how it’s related to these debates which are everywhere in the culture around critique. And it offers a kind of defense of critique.