NASCAR works to rectify checkered past 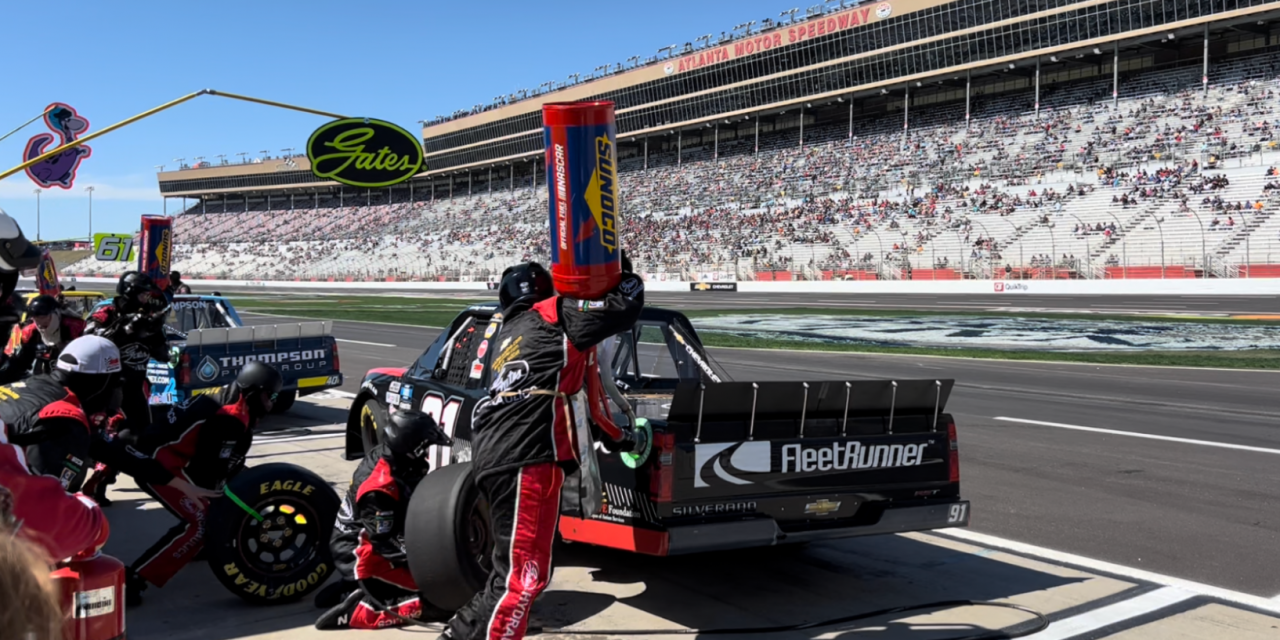 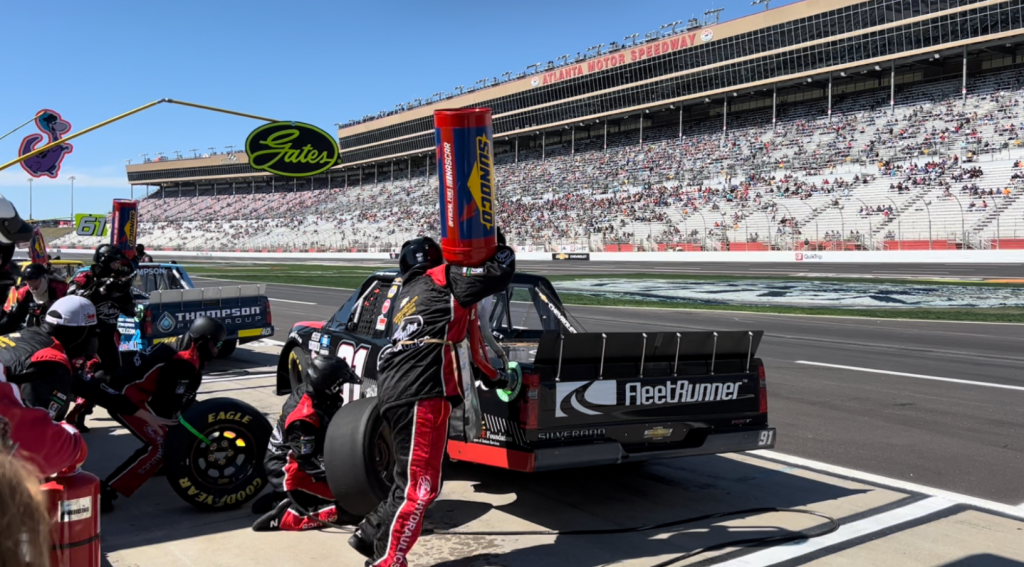 A pit crew prepares to refuel and repair a car coming in from the track during the NASCAR Camping World Truck Series race. (Courtesy of Andy Harris/The Maroon Tiger)

It was a perfect day for racing at Atlanta Motor Speedway in Hampton, Ga. Fans spread out in the grandstands under clear skies and in the infield, a crowd made up of family and friends of the drivers, media and pit crews pushed up against the pit lane barrier. Everyone was looking at one thing, but no one said a word. No one could.

A pack of 36 modified-racing trucks launched out of their last turn at around 150 miles-per-hour and roared in front of the stands. The leaders crossed the finish line to begin another lap, and each head in the crowd turned to follow the trucks’ paths.

On March 19, Atlanta Motor Speedway hosted the Fr8 208, NASCAR Camping World Truck Series race. Corey Heim, a 19-year old Georgia native, recorded the first win of his professional racing career. But for the officials at NASCAR, the race was more than the result. The event marked a revival of racing in Atlanta when NASCAR, and its audience, is changing more than ever.

Caryn Grant, senior manager of NASCAR Diversity and Inclusion, led my journalism class from Morehouse College (Ga.) around the track to understand the sport from a unique angle.

We toured the broadcast operations, media room and pit lane where we saw and heard the race trucks up close. My class interviewed the NASCAR Diversity and Inclusion team about their initiatives and met pioneers of diversity in the sport.

NASCAR, a historically white, Southern sport, has been forced to reckon with its culture that excluded drivers and fans of color. The sport was established in the South in the 1940s with the Confederate flag prominent among audiences, and this culture persisted in the sport for decades.

NASCAR began its diversity program in 2004, but the success was slow with much of the progress taking place only in the last two years. In June of 2020, NASCAR finally moved to ban Confederate flags from all race tracks after Bubba Wallace, the lone black driver in NASCAR, called for its sanction.

As a member of NASCAR’S Diversity and Inclusion team for over five years, Grant spreads awareness about the sport in minority communities through community events, vendor opportunities and internships. The team hopes to create more inclusion within the sport and its audience that was long exclusively white.

“DEI in the NASCAR community has always stood for Dale Earnhardt Incorporated,” Mike Ziegler, Vice President of Corporate Sales at Atlanta Motor Speedway, said. “We need more focus on D[iversity], E[quity], and I[nclusion]. We have to be honest; we have not been really good at it. It starts with the awareness that we serve a broader community.”

In recent years, the Atlanta Motor Speedway has been rebranded as an entertainment venue to bring circuses, fairs, the Atlanta Marathon and more to draw in a broader community. The biggest venture, however, started with the track.

In 2021, the track of the Atlanta Motor Speedway received its first repavement and facelift since 1996 when the city hosted the Olympic Games. The banked turns increased from 24 degrees to 28 degrees to force the drivers to race closer together at faster speeds.

Williams is a black pioneer in the sport, serving on pit crews for over 16 years, including 10 years with NASCAR legend Jeff Gordon’s team. After playing college football at Wake Forest University (N.C.), he made an unexpected career change in 2004.

In the early 2000s, NASCAR began recruiting athletes of all races to join pit crews, the team that changes the car’s heavy tires at blinding speeds to gain precious milliseconds on the competition. Williams beamed with a smile as he talked to my class about NASCAR’s increasingly diverse crew.

“I see more and more people actually coming from Atlanta,” Williams said. “When I came to Atlanta [Motor Speedway] 18 years ago, I felt like chocolate chip in vanilla ice cream.”

Williams believes that NASCAR’s exposure and fan base increased among minority communities with the success of Wallace and Michael Jordan founding the 23XI Racing team.

Grant and the NASCAR’s Diversity and Inclusion team recognize the journey as arduous  but dedicated to allocating the proper amounts of time and money towards attracting diverse communities to the sport. Their ‘Drive for Diversity’ program provides free extensive training for those in minority communities to reach the highest levels of the sport.

“We are no different. We like speed too,” Erik Moses said. Moses was named the track president of Nashville Super Speedway in 2020, and NASCAR’s first Black track president.

My conversation with Moses was interrupted by the roar of the trucks. Our heads followed, as they blazed by for another lap. 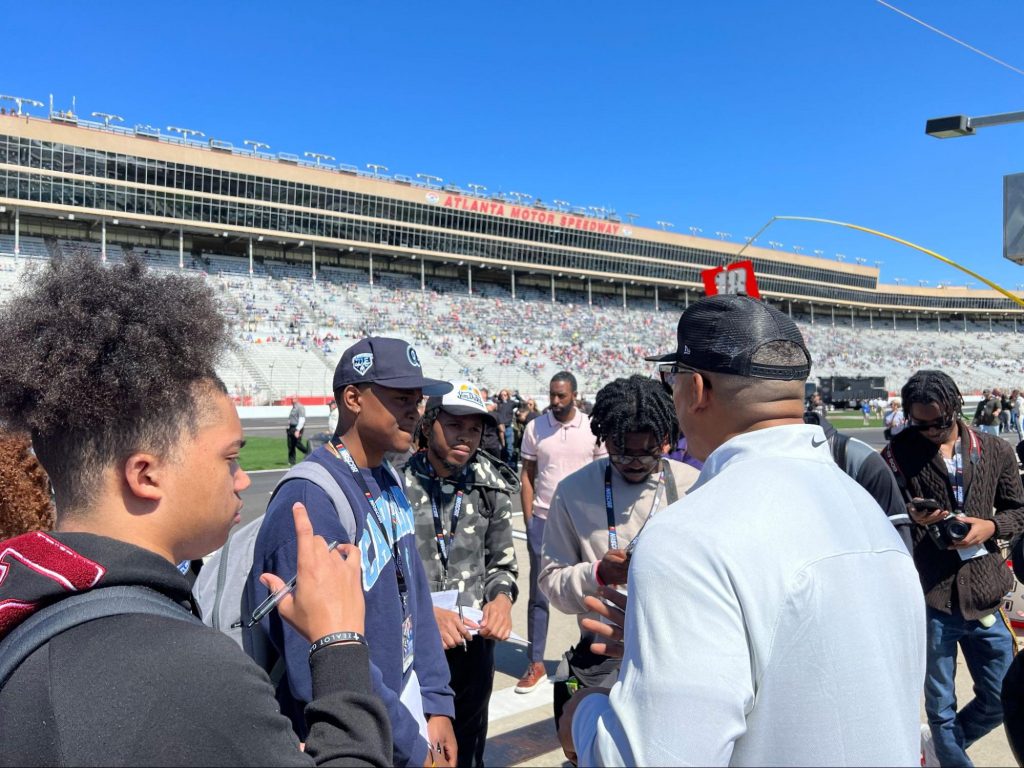 Dion Williams, a pioneer for black participation in NASCAR, speaks with journalism students from Morehouse College about the changing audience of the sport. (Xavier Stevens/Emory Life Editor) 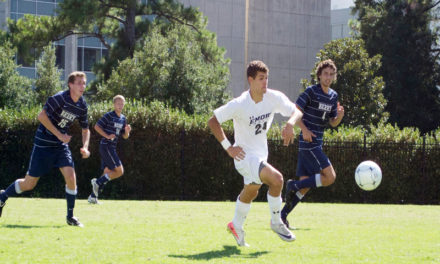 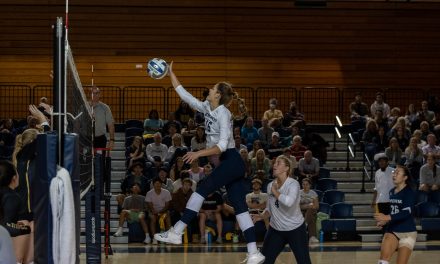