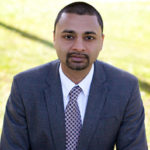 This story will be updated as more information becomes available.

Nair will be the first person of color to serve as Arcadia’s president, according to Arcadia University’s press release. He was selected from a national search and will succeed interim Arcadia University President and former U.S. Sen. George Hanks Brown.

Nair joined the Emory administration in 2012 under former University President James W. Wagner. Information about a permanent or interim replacement has not yet been announced, but Nair wrote in a Dec. 7 email to the Wheel that University President Claire E. Sterk will make the determination. Nair will remain at Emory until the end of March.

At Arcadia, Nair will be at the helm of a university that has experienced several major leadership changes in recent years. According to The Philadelphia Inquirer, 10 board of trustees members resigned and five left when their terms ended in 2016, all while the university was attempting to rid itself of a budget deficit. The previous Arcadia president, Nicolette DeVille Christensen, left after less than four years when her contract expired, and the prior president, Carl “Tobey” Oxholm III, was fired by the board of trustees in 2013 without explanation.

Nair called his time at Emory “extraordinary,” writing in a Dec. 7 Facebook post, “I have grown immeasurably as we have worked together to reimagine the center of our university, accomplishing more than I could have imagined when I first arrived – and we set the bar pretty high.”

Nair noted that he made the decision to leave for both “personal and professional” reasons.

At Emory, Nair oversees nearly 1,300 employees and more than 20 departments, including Student Health Services, Residence Life and Greek Life. He also provides strategic oversight for an annual budget of more than $79 million, according to Arcadia University’s press release.

Nair has been heavily involved with activism on campus, often serving as a point of contact in the University administration on behalf of undocumented students and students of color, and for movements such as the 2015 Black Student at Emory Demands and the 2016 Trump chalkings. Nair also helped launch the Emory Commission on Racial and Social Justice and develop the Greek Life Task Force to assess Greek Life at Emory, according to the Campus Life website. Under Nair, Campus Life has created new offices, including Student Involvement, Leadership, and Transitions; Racial and Cultural Engagement; and Student Success Programs and Services.

Last fall, Nair came under fire from student group Emory College Republicans for comparing the atmosphere at Emory University after President Donald J. Trump won the 2016 presidential election to that of the University of Virginia after 9/11. Other students defended the dean, posting on social media “#heismydean.”

The move to Arcadia will allow Nair to return home to Philadelphia, where he was born and raised, he wrote in the Facebook post. The Philadelphia native earned a bachelor’s degree and a Ph.D. in education from Pennsylvania State University.

“I am deeply proud of our contributions to this great university,” Nair wrote. “For these reasons, I will leave Emory confident that the great experiment that we have undertaken together – the innovative and often pioneering work to help community members seek positive transformation in our community and the world – remains in the best of hands.”

Wanda Collins, assistant vice president of Campus Life and director of Counseling and Psychological Services (CAPS), wrote in a Dec. 7 email to the Wheel that she has appreciated working with Nair on his executive leadership team and is saddened by his departure.

“Ajay is an exceptional national leader for innovation and social justice, and his departure is a significant loss for Campus Life and Emory,” Collins wrote. “He will be sorely missed by students, staff, and faculty.”

Amber Wilson (19C), who said she worked with Nair on Black Student Demands and as an intern for the Commission on Racial and Social Justice, expressed gratitude for his tenure at Emory.

“Dean Nair truly has a heart for people that speaks volumes not only through his words, but also through his actions,” Wilson wrote in a Dec. 7 Facebook message to the Wheel. “Upon hearing the news, I was saddened by concerning thoughts of Emory’s future. He’s done so much for Black and Brown students and he will genuinely be missed.”

Emory Entrepreneurship and Venture Management (EEVM) Co-President Ayushi Ashar (18B) wrote in a Dec. 7 statement to the Wheel that Nair has been a strong advocate of fostering entrepreneurship at Emory.

“Earlier this semester, he met with leaders at EEVM to discuss entrepreneurship initiatives and has since played a pivotal role in helping EEVM set up a physical entrepreneurship space on campus likely to be in-use in 2018,” Ashar wrote. “This 24/7 space will bring together all divisions (Business, Nursing, Liberal Arts) at Emory to host meetings, networking events and startup accelerator programs among other things and will help position Emory as an innovation hub in Atlanta in the long term.”

Sterk did not respond to the Wheel’s request for comment by press time.

UPDATE (12/7/17 at 3:07 p.m.): The article has been updated to include statements from Amber Wilson and Ayushi Ashar.

UPDATE (12/7/17 at 2:47 p.m.): The article has been updated to reflect additional information from The Philadelphia Inquirer. 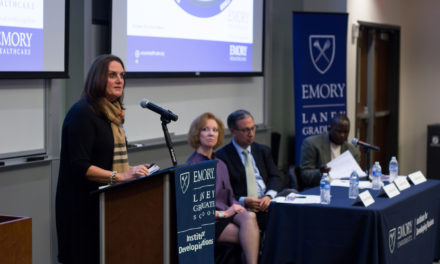 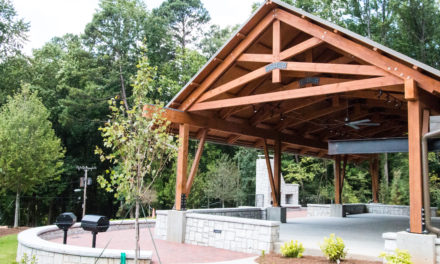