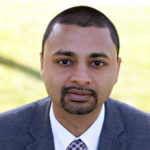 Senior Vice President and Dean of Campus Life Ajay Nair, known around campus for his social justice advocacy and Greek life initiatives, is set to step down this March to become president of Arcadia University (Pa.). During his five-year tenure that began in 2012, he oversaw the creation of the Emory Commission on Racial and Social Justice and led initiatives on Greek life, open expression and other campus issues. The Emory Wheel sat down with Nair, who reflected on his term at Emory.

Alex Klugerman, The Emory Wheel: What projects or initiatives have you been most proud of over your tenure?

AN: The biggest project, and I hope the most impactful, will be the Campus Life Center (CLC). That’s an idea that was conceived of my first week on the job. The SGA president six years ago came into my office with his chief of staff and said “[The Dobbs University Center (DUC)] just doesn’t work.” What he meant was that there really was no sense of community … throughout the university. We were a community of many communities, and the CLC presented an opportunity for us to create a space where all segments of the community could come together. Getting that project underway took several years, and my hope is … [it] will become potentially the most transformative project that Campus Life has ever engaged.

The other major things I’ve engaged with … is creating a more student-centered environment. Campus Life when I came was a good organization, but I don’t know if students necessarily understood all the programs and services that were available and resource people they could access. I don’t know if they felt they had a strong advocate for them, and I was determined to be one of many advocates.

EW: What is the best thing about Emory and one thing you would change?

AN: The best thing about Emory is the spirit of generosity on this campus. Community members give their time, their attention and their encouragement to one another in really profound ways.

The one thing that I would change about Emory is that I hope people in our community and outside recognize what a gem Emory really is. Why be hidden when you’re solving world problems or helping students reach their full potential?

EW: Can you reflect on how racial relations at the University and across the country have changed during your time here?

AN: I’m certainly proud of our efforts to create a more just community. [Emory has prioritized] racial justice on our campus, not just through lip service but through … thinking about creating a more just environment. Of course, we didn’t solve all of our issues, but … we decided that we would identify the systemic issues that students have been talking about for generations at Emory and try to tackle them one by one. … I think that’s how we’ve come out ahead on certain issues. We also embraced the protest and dissent. We said, “If you feel strongly about this you should protest and educate the community about how you feel. … Let’s come together and have a dialogue about this and then actually do something.”

EW: How has your vision for Greek life on campus evolved over time?

AN: It was an important aspect of my own undergraduate education, so I came into this position knowing that good that can come out of Greek life but also being fully aware of the challenges that Greek life is facing … around alcohol and other drugs, hazing, sexual violence. My primary obligation at the end of the day is to create a safe environment for all students and ensure that all students feel a sense of belonging. As I was thinking about Greek life … initially it was a lot of troubleshooting. An organization gets in trouble, they go through a conduct process, there’s disagreement about what actually happened, and then there’s a finding of responsibility or not and then there’s a sanction. That was part of the business of Greek life and I found that to be incredibly disturbing. We shouldn’t constantly be in this struggle with all this tension between the administration and students. I set out to create a vision with the community similar to what we’re doing with social justice that would create a model for Greek life for the country. Unfortunately, I leave Emory without having fulfilled that aspiration of creating a model.

Around Greek life, I can’t say that I’m leaving fulfilled. This year, we’ve made an amazing amount of progress. We created a strategic planning process. We hired an external consultant. We needed a neutral voice with expertise to guide us. We’re almost through with the first stage of that process and frankly, the leadership of [Interfraternity Council President] Christian Virgil (18B) and other student leaders has made it possible. Partnerships with students make it work and we’ve just never had that partnership before. We work hard to build transparency and have those relationships and I actually have a clear goal in mind: to create a sustainable future for Greek life at Emory and ultimately create the model for the future. My successor will inherit the beginning of that process.

There [were] a lot of unanticipated challenges with Greek life, not just terms of behavioral, but also with the housing infrastructure, the finances, the recruitment processes, you name it. The one piece of it that always kept me motivated and engaged was the students who are part of Greek life who are some of the best student leaders that I’ve worked with. It would be unfair to characterize Greek life as bad because the students that are part of it are really terrific people.

My hope with this whole process is that there will be a stronger sense of accountability among Greek leaders and community members and a stronger model of self-governance. Or maybe shared governance is a better way to frame it. It isn’t the University exploring these conduct processes against students but the students themselves who are holding their peers accountable for egregious acts and taking action and holding themselves up to a higher standard. I think that’s possible at Emory.

It’s interesting that people perceive that the administration was coming after Greek life. The vast majority of cases … were peers … reporting these things to us. It’s a fascinating situation where members of the organization themselves were coming forward when these really negative, egregious acts were happening and the University has an obligation to investigate … and protect students. That being said, I understand why students are upset when their chapter is closed. That’s part of who you are and identity on campus, but what’s the alternative? The alternative now is to make sure that students are taking responsibility for their actions and don’t put themselves in that position to begin with. To suggest that the institution should turn a blind eye to those things is wrong, unethical and dangerous.

EW: “Safe spaces” is a hot-button term you’ve written about.

AN: Safe spaces have definitely been under attack and people misunderstand what safe spaces really are. Safe spaces at a place like Emory are educational spaces where students can engage and learn about another culture or experience, and they’re also places where people with an affinity towards a particular culture can feel a sense of belonging. It’s not as some would suggest a place where students can be protected from ideas. … They’re not exclusionary spaces; these are spaces that provide visibility and identity to marginalized communities, but create opportunities for education to the entire community if members choose to engage.

EW: Do you think the Trump chalkings were a turning point at Emory in how the community views safe spaces?

AN: The Trump chalkings created a conversation and discussion about the notion of open expression. Those are interrelated things, but let’s treat them as two different topics for the purposes of this conversation. The Trump chalkings challenged our University community members to think about what open expression means and I think at the end of the day, the realization among many community members was that not all community members have the same privileges of open expression. Safe spaces are necessary for students to be able to fully express themselves. Without them, they’re going to continue to be marginalized and their humanity will continue to be attacked.

EW: Can you reflect on the development of Emory’s Open Expression policy?

AN: I co-chaired the Open Expression Committee, which led to the development of our current policy, and I think it’s an excellent policy. That policy, in no uncertain terms, protects open expression. It protects all speech, even vitriolic hate speech. I firmly believe that it’s a slippery slope to decide which speech is appropriate and which speech is not. In other words, if people like me in positions of power and authority are able to determine who is allowed to come to campus and speak, then there is no such thing as open expression. … I really believe that open expression is about disagreeing and debating.

There’s another component of it that is equally important which are the systems we created to protect speech through the Open Expression Observers program. We have trained staff and faculty who are present at these potentially controversial events to do their best to ensure that everyone’s speech is protected.