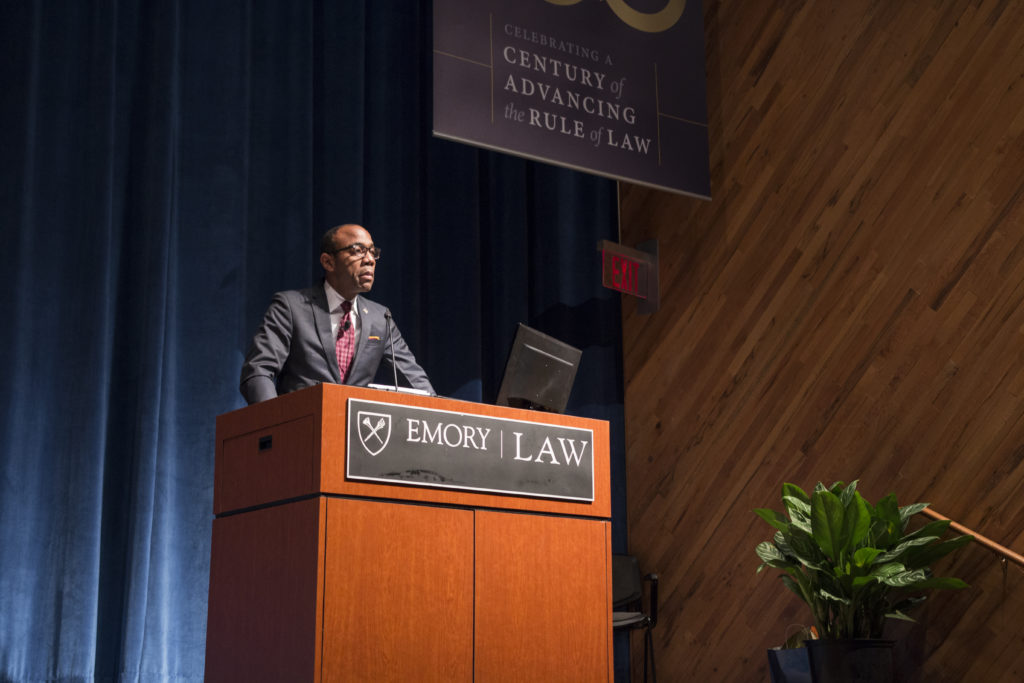 In his lecture “Why We Can’t Wait: Civil Rights on the Eve of the Trump Inauguration,” Brooks warned the packed room at the Emory University School of Law’s Tull Auditorium Jan. 13 of the political and activist work that lies ahead. He alluded to the 1965 March on Selma — relating anecdotes about protesters who died or were injured — to inspire modern activists that they, too, could advocate for equal rights through civic engagement.

“It is not enough for us to celebrate [King’s] life — we’ve got to emulate his sacrifice,” Brooks said. “Don’t dare study his scholarship, don’t dare honor his life, without emulating his example.”

Brooks himself followed King’s example when he and five other NAACP activists were arrested Jan. 3 for a sit-in at Sen. Jefferson Sessions’ (R-Ala.) Alabama office to protest Trump’s nomination of Sessions for U.S. attorney general. He recounted “being cuffed, transported in a van for an hour … being taken into a precinct and being thoroughly searched in the most demeaning way, spread-eagle.”

Brooks criticized America for its nationwide “Machiavellian frenzy of voter disenfranchisement,” pointing to a Texas voter ID law that permitted concealed handgun licenses but not student IDs as valid identification for registered voters to vote. The lawyer and activist highlighted the importance of protecting voting rights across the multiethnic and multiracial spectrum.

Victoria Sparks, an Emory Law second-year student, said that although she feels the NAACP’s work had stagnated, she was impressed by Brooks’ individual efforts to advance civil rights, including his recent incarceration.

“He does so much of the field work in the [NAACP] and is not just a figurehead,” Sparks said.

“The lecture was dynamic and emphasized social justice and equality — it was a perfect alignment of ideals,” Hill said.