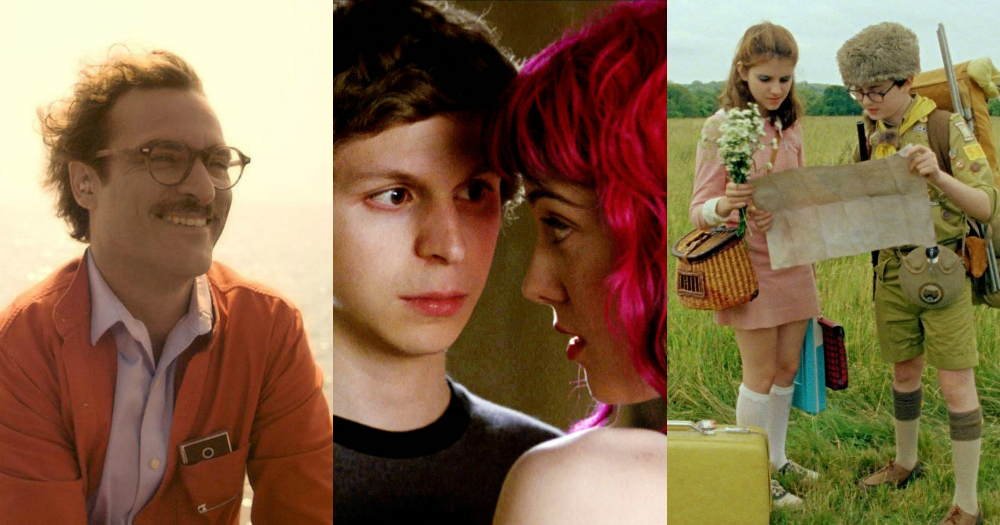 It’s Valentine’s Day, and thanks to Hallmark, love is all around. Whether you’re someone scrambling to pull together plans with your significant other or bitterly posting on Facebook with a drink and your seemingly clever joke about “Singles Awareness Day” (it’s not clever — not since the first time someone did it), it seems the world can’t get love off its mind.

If you’re looking to spend time with your sweetie or seeking to escape into a fantasy world to compensate for your time alone, you’re in luck. Few things are more cinematic and more engrossing on film than love. It’s love that creates film and love that often binds films together. For as long as film has told narratives, film has told narratives of love, of people coming together to share their lives, whether they’re two star-crossed lovers in a New York Barrio, two cowboys sharing something forbidden or the queen of Naboo and the Chosen One of the Jedi Order.

Love on film is also intensely personal. The same film’s love story may be experienced as a contrived attempt at broad-based marketing by one viewer and a passionate model for all the love they will ever experience by another viewer. As such, this list consists of the romances that got to my heart — the love and the lovers that meant the most to me, that had so much to say about love and the impressions that still haven’t left.

It’s weirdly inappropriate to begin this list with a love like Scott (Michael Cera) and Ramona (Mary Elizabeth Winstead). This is not because their romance is bereft of wonder and charm but because it serves the purpose of pushing back against so many cinematic romantic conceptions. It cuts straight to the heart of what it can often mean for the insecure nerd to fall in love on film.

Ahh, young love. Nothing so messy and nothing so pure. If Moonrise Kingdom is a film about the learnings and becomings of youth, then it seems only appropriate that young love is at its core — a core that is incredibly strong thanks to the sweet tale that Wes Anderson puts at its center, that of Suzy (Kara Hayward) and Sam (Jared Gilman).

What makes this film so powerful is that Wes Anderson understands the way children work. He recognizes that they aren’t precocious moppets, but rather, they are real people just like adults — but undergoing a training process. This love is a perfect example of that operation. Suzy and Sam’s quirky relationship feels perfectly natural and their beachside underwear revelry (not what it sounds like) captures that perfectly awkward mix of spontaneity and naivety that is your first love.

There is no attempt to brush it off as young love. It’s an understanding that while it may be the first, it’s the most real in the world, and Suzy and Sam embody that perfectly.

Sutter (Miles Teller) is self-destructive and Aimee (Shailene Woodley) is closed-off. Both have their reasons and perfectly good ones if I’m being honest. It is to the credit of Teller and Woodley that they not only feel so flawed on their own but so glowingly perfect together. They have the natural chemistry of a couple that has been together for years.

But it is director James Ponsoldt and his penchant for discovering the rawest vein of emotion within the story that really makes this romance sing. Because what he does is make Sutter and Aimee cut to the bone. He shows the viewer that often, in order to become better for one another, we must turn ourselves inside out. In doing that, Ponsoldt helps us to understand how these two can make each other better and what love can mean to those who have been hurt before.

Eternal Sunshine holds an enduring love story not because of its perfection, but rather because of its ruthless imperfection. Joel (Jim Carrey) and Clementine (Kate Winslet) are two people who are simultaneously perfectly complementary and perfectly destructive to each other. It’s a question of what love can do, and if it ever is enough to withstand two people who poison each other in the worst of ways.

But lest I make this sound perfectly and totally horrible, it’s that incompatibility that makes the relationship between Joel and Clementine so passionate and so touching. Carrey and Winslet feel like a very deeply real couple, a couple with faults and flaws, not an idealized screen couple. In that, writer Charlie Kaufman and director Michel Gondry manage to create something far deeper than on-screen romance. They create something more real and more reflective of the way we live than anything I’ve ever seen on screen.

1) Theodore Twombly and Samantha (Her)

I’ll admit, this one is personal. Her is my favorite film of all time, so it seems only natural that the romance at the center of it would inevitably be my favorite. But this is perhaps one of the most well-earned places in any list I will ever make.

Naturally, the way we view love in life becomes the way that we process love in films. If we make it ideal, or if we make it cynical, so will be the film romances we love. For me, love is something difficult and hard, something that changes and breaks and turns you inside out, something awkward and strange, but something beautiful and passionate and something that can make the people in it better for having been through it.

The romance between Theodore (Joaquin Phoenix) and Samantha (voiced by Scarlett Johansson) is all of those things and something unqualifiably more. The perception of it being between a man and his computer is far too simplistic. It is between the souls of two people, connecting and locking sight unseen. It is a process of constant negotiation and intense passion, and it ultimately makes the two better. Just look at the expression of joy that Theodore wears; it’s all we’re able to see, but it’s all we need to see.

In the purest form, director/writer Spike Jonze discovered something very basic within Her. That love is not about the expressions or the actions. It’s about the effect that it has on those who love, and few films ever portray the effect, the joy and the sorrow of love better than what he has found with Her.