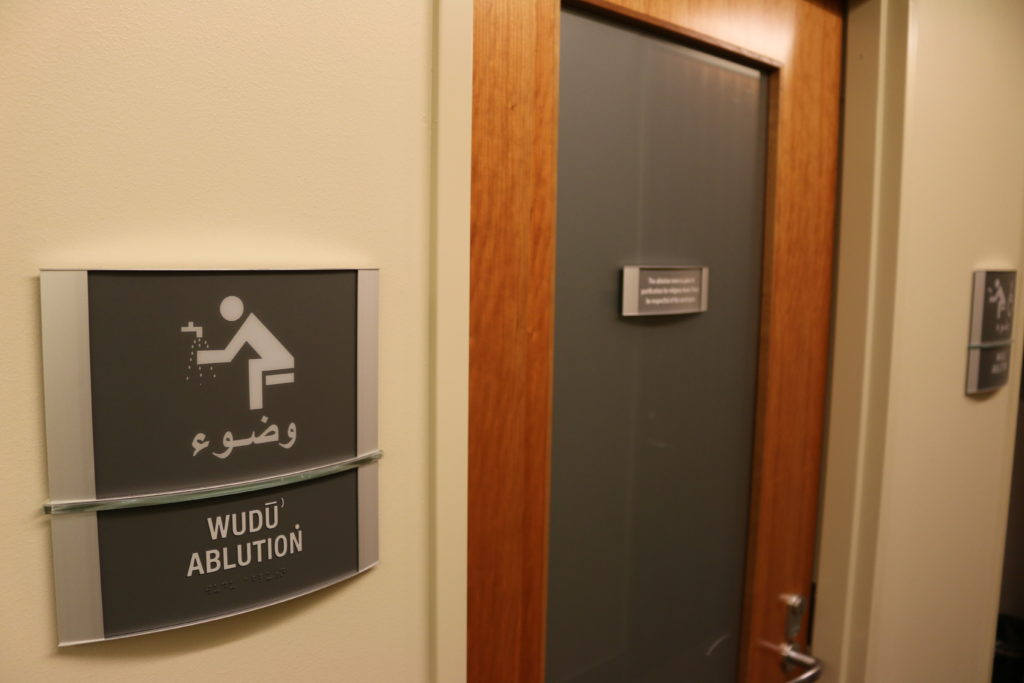 The ablution room, a space typically used by Muslims for cleansing rituals before prayer, was found desecrated on April 4 in the Claudia Nance Rollins Building./ Forrest Martin, Assistant Photo Editor.

The ablution room, a space typically used by Muslims for cleansing rituals before prayer, was found desecrated on April 4 in the Claudia Nance Rollins Building.

Dean of Rollins School of Public Health James Curran sent a school-wide email on April 5 explaining the situation. The room has been cleaned and disinfected but Curran did not specify how the space was desecrated.

Curran wrote in the email that the incident was reported by a student and that Emory Police Department (EPD) is currently conducting an investigation into the matter.

EPD Records Manager Ed Shoemaker declined on Tuesday to share an incident report with the Wheel.

University President Claire E. Sterk did not confirm that the incident was charged by anti-Muslim sentiment but that Islamophobia will not be tolerated at Emory.

“Sacred places on our campuses deserve to be treated with dignity and respect,” Sterk wrote in the email. “It breaks my heart to learn that one of Emory’s sacred spaces, used especially by Muslim members of our community, has been violated.”

Alexa Cleveland (17Ox, 19B) said she believed the email should have been sent to the entire University. Cleveland said she only heard about the email through a black students group chat and posted a screenshot of the email to her Facebook feed.

“I was a little disappointed because at first, I wasn’t expecting to hear anything from Claire Sterk,” Cleveland said. “But to see a quote from Claire Sterk in that email means that she is aware of the situation but didn’t publicly respond to our University.”

Cleveland called the incident a “hate crime” and that Emory did a poor job of handling the situation.

Angela Jiang (19C) said that she was shocked by the incident.

“It seemed clearly like an act of vandalism,” Jiang said. “I think it’s a striking disappointment [this happened at Emory].”