Mitski enchants at The Eastern in Atlanta 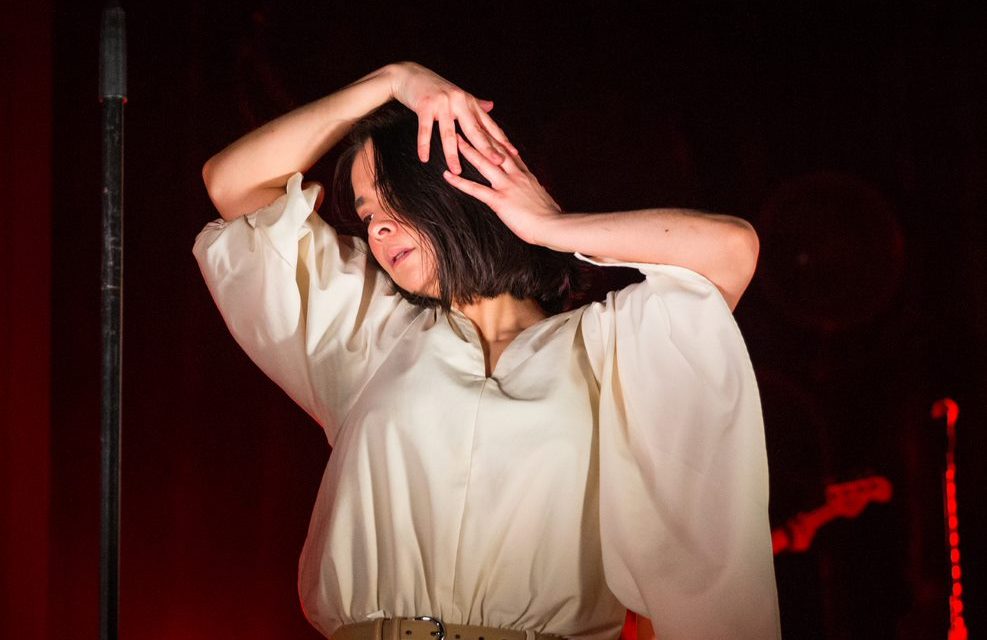 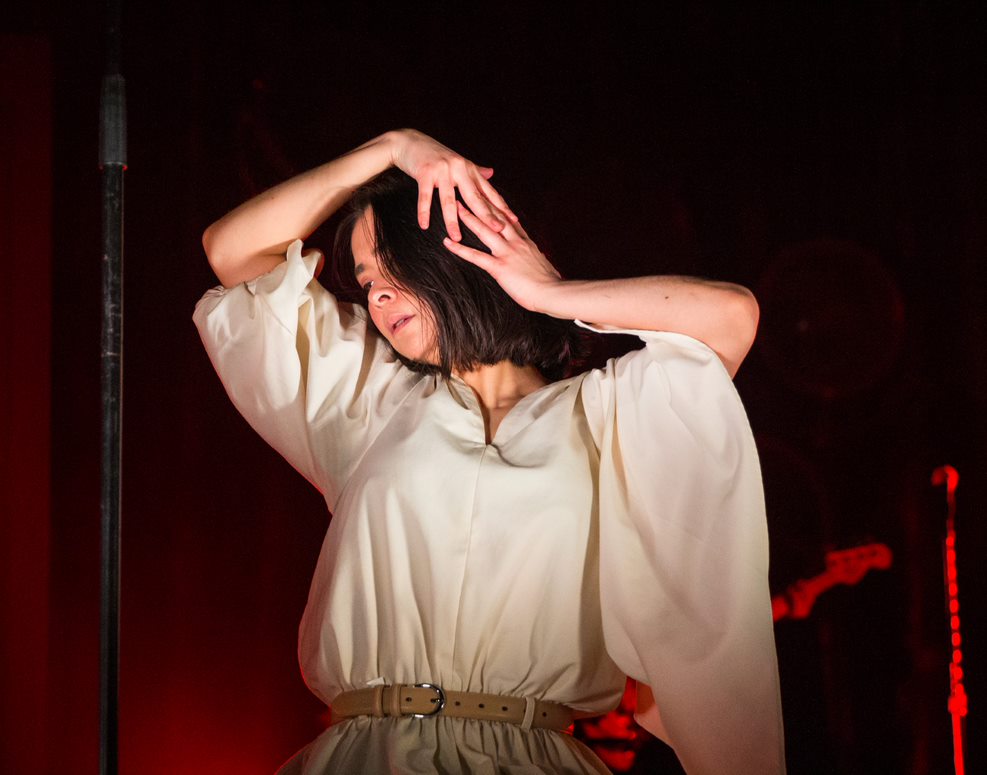 When one hears the name of indie rock artist Mitski, the first thing they probably think of is, quite frankly, utter melancholy. As a huge fan of that mood in particular, it is no surprise I’ve consistently had Mitski on my music rotation for the past few years. With a passionate and dedicated cult following, Mitski has continued to make waves within the indie subculture, and rightfully so.

Fresh off the heels of the release of her sixth studio album, “Laurel Hell,” Mitski has started the first leg of a worldwide tour beginning in North America. Excitingly, her third stop on this tour happened to be on Feb. 19 at The Eastern in Atlanta, and I was lucky enough to attend.

The show began with the upbeat electronic and rock sounds of the opening act: an all-girl Japanese-based band named Chai. Having seen Chai perform back in 2019, I was excited to see the growth that these wildly talented four have experienced in the last few years. They’ve established their style impressively well — with a unique sound that blends the genres of electronic, J-Pop and rock. These four are a pleasure to watch, and I found that there was not a single person in the audience without a smile on their face as they performed.

After an incredibly strong start to the show, there was a short intermission as the curtain went up and the stage reset for Mitski’s set. Fans entertained themselves by holding up phones with various phrases (a few of my favorites being: “lesbians,” “boobs,” “DILFS” and “thighs”). After eagerly waiting in the audience for the curtain to lift, we heard an audio recording of Mitski reminding the audience to remain masked as the house lights went down.

The stage was illuminated in a foggy sea of red and purple lights with a singular white door in the center of the floor, and the audience watched in anticipation as Mitski quite literally glided to her microphone. The opening notes of “Love Me More” played, and the crowd immediately began to sing each word back to her on stage.

As someone who has reviewed many shows, I can confidently say that Mitski is one of few artists who truly leaves a mark. Her stage presence is nothing short of heavenly, and I found myself absolutely mesmerized throughout the entirety of her performance. As she made her way through each song, the only word that could come to my mind was ethereal. She performs with such grace and majesty that it is impossible to look away. 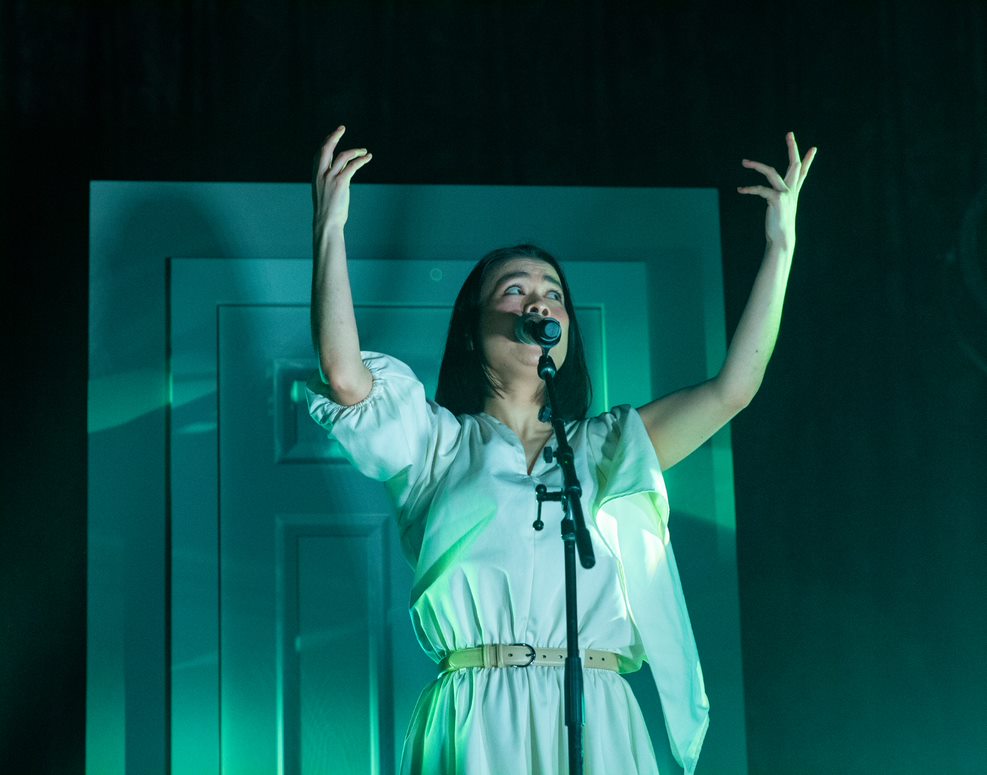 Stage presence is something that Mitski embodies in every sense of the phrase. She delivered each note with a raw passion that was palpable through the entire venue. Mitski incorporated modern-contemporary choreography alongside every song in her set, creating the feeling of a dance performance. Nothing could’ve more accurately captured the unfiltered and pure emotion of her music than her movements, and to see everything performed by the artist herself created an entirely new level of intimacy. I was especially enamored by Mitski’s performances of “First Love / Late Spring,” “Nobody” and “The Only Heartbreaker.”

Though she didn’t make frequent use of the door on stage, Mitski did have a section of “Francis Forever” where she knocked on the door as strobe lights illuminated her.  A little further in the set, I cathartically screamed at the top of my lungs alongside the rest of the venue throughout the performance of “Drunk Walk Home.” It was something that I had no idea I needed. Each song’s choreography blended perfectly into the next, acting as one of the best forms of transition I have seen in a live performance.

A majority of Mistki’s discography consists of songs that don’t exceed three minutes. While one could easily see this as something to critique, it does make for a versatile show dynamic, as she was able to perform over 20 songs from five of her albums. I found pleasure in the progression and distribution of these songs, and felt as though she created a setlist which truly satisfied diehard fans.

Mitski played six out of the 11 songs on the album, and the same number off of“Be the Cowboy” and “Bury Me at Makeout Creek.” I enjoyed the way in which she created this setlist, as it allowed the audience to hear a wide array of her discography. I do think it’s easy for artists to fall into a trap where they only play songs from their most recent album, which I am very glad didn’t happen with this show. After coming out to perform the encore “Two Slow Dancers,” Mitski said goodbye to the audience and walked through the door to exit the stage. 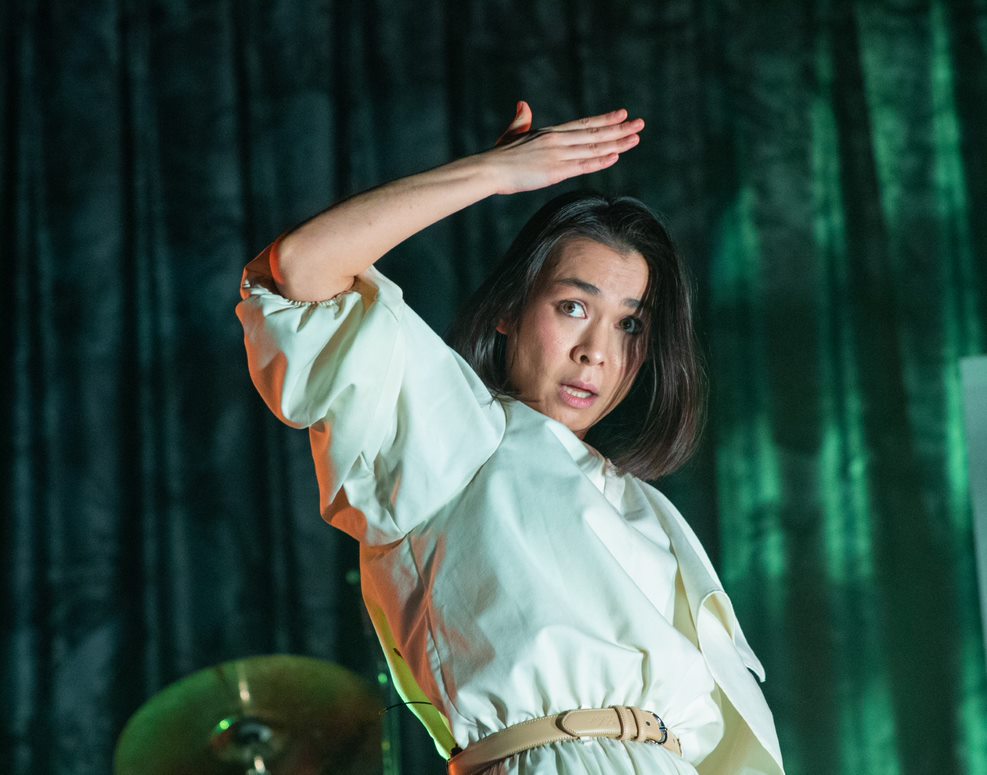 I wish there were words to capture the pure enchantment that Mitski is able to create in her live performances. This was a concert that will  stick with me for a long time. For those of you who ever get the chance to see this spectacular woman live, take it. Until then, go on and delve into the heartwrenching, complex and simply exquisite music with which Mitski has graced this world. Thank you Mitski.