On the Record About the Wheel | Michelle Lou 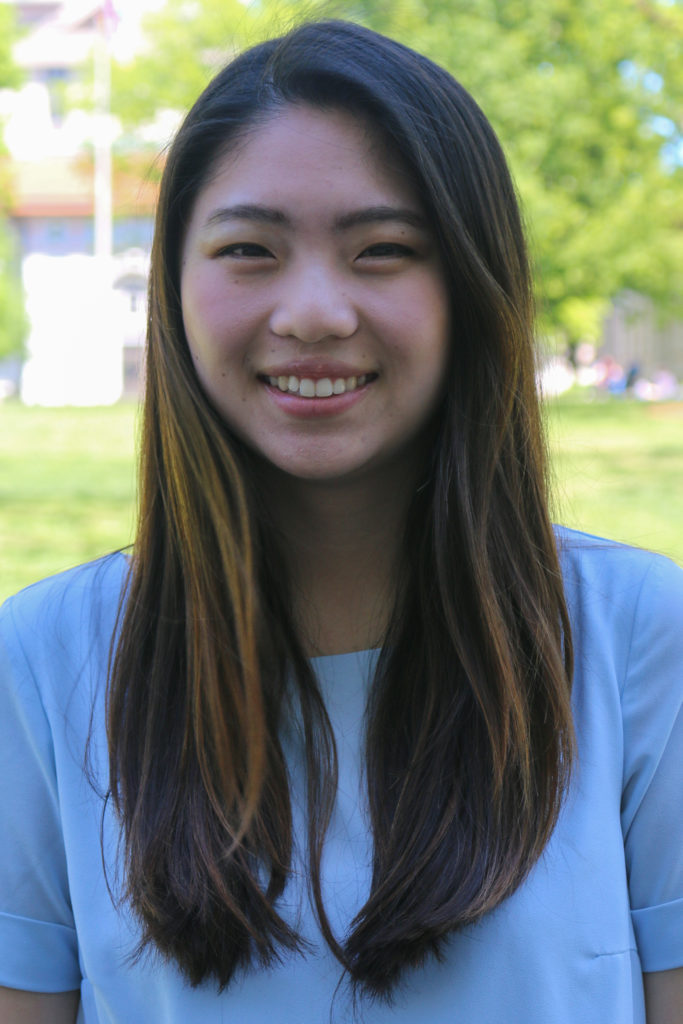 I remember being the only student at the public Q&A forums when the four finalists for the College dean visited campus. The candidates’ faces fell a little when I told them I was covering it for the student newspaper and had to be there.

I also recall being the only non-SGA person present while covering student government meetings during my sophomore year. At the time, then-Speaker of the Legislature Will Palmer told me he was likely the only person reading my student government coverage. That changed when the Wheel got to cover the controversial Dwight Ma — and I saw the student body (and alumni) become deeply invested in its own student government for the first time in years.

And most importantly, I will never forget a mother thanking me after I wrote an obituary for her son.

I can easily say that I’ve learned more in the Wheel’s offices in the AMUC than in any classroom — to ask questions, to meet people I never would’ve encountered in class and to write stories that would have otherwise gone untold.

I spent 30 hours a week on the Wheel for nearly four years, and I don’t regret a single second. The word “passionate” didn’t mean much to me until I experienced the thrill of covering breaking news, frantically stringing together words and sentences to meet a deadline, and sparking community debate and conversation when articles were finally published. I loved seeing and hearing the reactions when we published a story, whether it was about student government breaking its constitution or Cox failing its health inspection.

As editor-in-chief, I received complaints from students, alumni and community members about our so-called “negative coverage.” I’ve been called by a fake lawyer threatening to sue me if I didn’t remove an article. An alumnus told me I wouldn’t have a job after graduation because I was “out to get my peers.”

What many people fail to realize is that while a student newspaper’s mission is not to make the University look bad, it’s also not a public relations machine that churns out fluff pieces. Its job is to inform the community and cover anything newsworthy. That encompasses if a student leader is arrested for possessing cocaine and revealing exactly how much Emory lost in the Migos scam. It also includes if a professor wins an award or if students receive prestigious scholarships.

We are lucky to attend Emory, where the student paper is editorially and financially independent from the University, so that the Wheel can write stories that scrutinize the University and its leaders.

But like any other media organization or institution, the Wheel sometimes makes mistakes. Know this: the editors learn from every correction they have to run on an article.

However, if you want to attend a school without an independent newspaper, then you are choosing to turn a blind eye to the issues in that institution. If you have qualms about the newspaper’s coverage, write a letter to the editor. If you think the Wheel is missing the perspective of a demographic, let it know. If you feel passionately about a news topic, submit an op-ed. When readers engage with the newspaper, the content is better and more informed.

When I first joined the Wheel, I did not fully comprehend a student newspaper’s ability or duty to check power, whether it be student leaders managing hundreds of thousands in student money or administrators spending millions on office renovations. Four years later, I firmly believe that each article the Wheel publishes creates a better, more informed community.

Michelle Lou is from Irvine, Calif. She served as the editor-in-chief of The Emory Wheel. She is working at CNN until she begins law school at Duke University in the Fall.