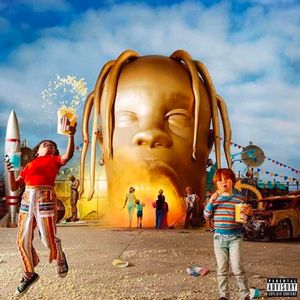 You might be able to beat the heat, but you won’t be able to defeat the sweet beats we’re laying at your feet. That’s right — the associate editors, associated after a sonic summer apart, are back to blow your world with some magical musical musings. Here are our favorite albums of the summer.

Bladee’s latest offering is an atmospheric, immaculately melodic vision of what cloud rap (or hip-hop or pop, even) can and should be. Longtime Drain Gang producer White Armor continues to prove himself light-years ahead of his contemporaries — massive, perfectly sculpted synth washes flood through ethereal bells on songs like “Golden Boy” or “Nike Just Do It,” while beautifully-colored leads dance over tightly-sequenced percussion and rolling basslines on “Hex” and the lead single “Decay.” But no matter what anyone else tries to tell you, Bladee’s autotuned, lush vocals and distinctive lyricism are essential to what’s going on here. This is music that’s clearly made for the artists’ enjoyment as much as the listeners’. There’s an implicit invitation to join in that fun, but you miss it by taking this album (and yourself, as far as taste is reflection) too seriously. If you can’t laugh at lines like “walk on water, Jesus Christ/walk on ice” you’re missing the point. While Bladee’s discography definitely contains other more ambitious and interesting projects, “Red Light” is a blast.

For his Aug. 8 simultaneous release of two perfectly bite-sized EPs, Igloohost already wins the best-release-format-of-the-year award. The two albums are split into darker and lighter themes that are visually transmitted by the album covers. Sonically, this doesn’t translate to vastly different experiences. Both are hyper-kinetic and sound like celebrations on another world, but “Clear Tamei” has the clearly brighter voice and melodic focus, whereas “Steel Mogu” has more of a nightclub-esque, rougher atmosphere. “New Vectors” on the first EP features Igloohost dancing through dynamic registers with perfect fluidity, every breakdown brought together by beautifully distorted vocal and orchestral sampling. In comparison, “Steel Mogu” feels a more like a melodically mixed bag, but one that’s brought together by the generous usage of harsher saw tones and sirens over punishing break sequences, especially on the titular track and “Niteracer.”

In an interview with Rolling Stone, Travis Scott’s A&R Executive Sickamore revealed that Scott got Stevie Wonder to collaborate on this album after performing at Wonder’s son’s birthday party. Scott’s Goizueta-esque networking culture is what gave birth to Astroworld, a rap album that exhibits the pinnacles of modern music, from the psychedelic, synth-heavy samples of Tame Impala’s Kevin Parker on “Skeletons” to the incisive, soulful pipes of James Blake on “Stop Trying To Be God.”

The album’s namesake is a reference to a once-thriving amusement park in Houston, and it fittingly embodies theme-park eclecticism. For me, this multivariate approach is what best constitutes a summer album — it capitalizes on the sense of freedom one feels during the season. On one hand, the likes of “Sicko Mode” instantly hype up any car when cranked up to full volume. On the other, the slower tempo and repetitive synth motifs of “Stargazing” with the album’s signature trap basslines and beats coagulate into a psychedelic headbanger.

Whether you are staying up until midnight studying to the coffee table tunes of “Coffee Bean” or drinking to “NC-17” at Maggie’s when your roommate requests a room change, Astroworld is there for you every step of the way, as it provides hip-hop that is both progressive and accessible.

Prior to listening to Kamasi Washington’s “Heaven and Earth,” the only jazz I could admit to listening to in great detail was the Coffee Table Jazz playlist on Spotify. As a newbie to the jazz world, I was taken aback by the sheer level of cinematic detail put into Washington’s June offering. The album opener “Fists of Fury,” a rendition of the song from the titular Bruce Lee movie, blends the soulful voices of Patrice Quinn and Dwight Trible. In conjunction with the earthy brass, epic strings, foundational bassline and percussion, their vocals come together in a multifarious anthem of war, equally cathartic as the song in the context of the movie.

Washington’s capability to give any song he wants a motion-picture soundtrack feeling is impressive. In “Can You Hear Him,” he seamlessly builds to this cinematic epicness from just a simple piano motif, his roaring saxophone a screaming display of energy and passion that organically superimposes upon Washington’s tightly engineered orchestra. This is exemplified in the second half of the album. Washington’s prodigal tenor saxophone abilities are given room to show-off, from the warped bassline of “Street Fighter Mas” to the ridiculously complex drums in the second half of “The Psalmnist”.

Heaven and Earth is a technically perfect album but if — like us — you don’t have a jazzy bone in your body, there is much to be appreciated in the filmic atmosphere he creates with an orchestra and tenor sax.