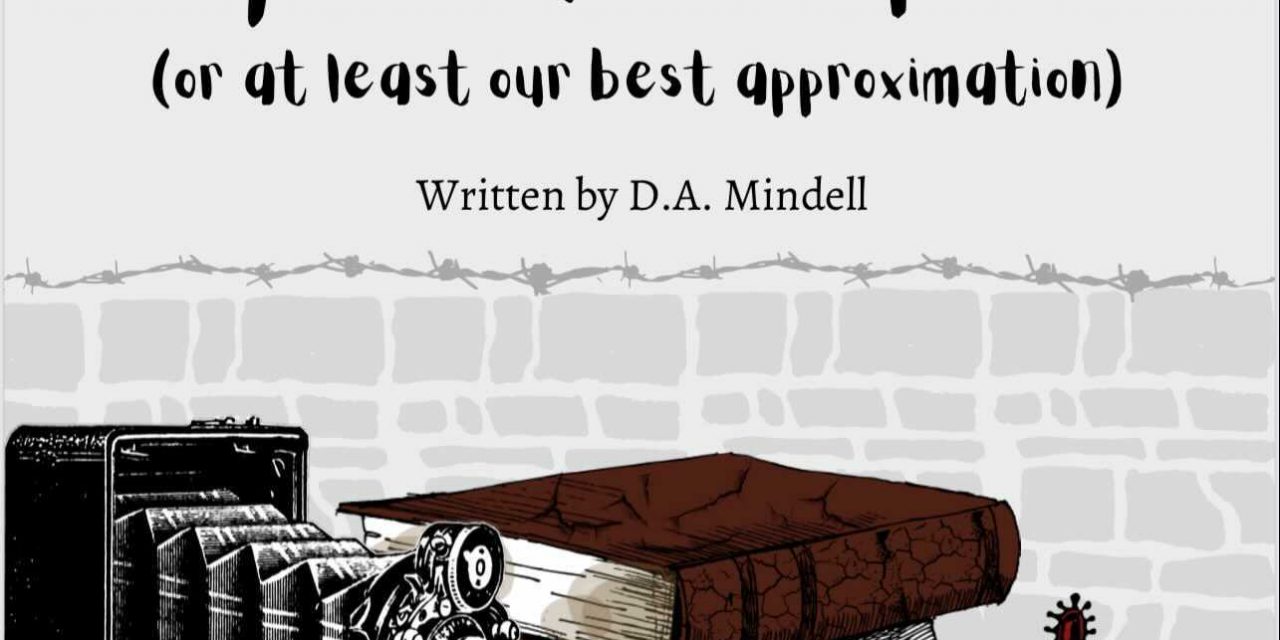 “The Merchant of Venice” is Shakespeare’s most anti-semitic work, but writer D.A. Mindell (22C) and director Elizabeth Johnson (17Ox, 19C) used that tension to craft a beautiful story about what it means to be Jewish during the Holocaust. Mindell’s play, titled “‘The Merchant of Venice’ by William Shakespeare (or at least our best approximation),” focuses on a group of Jews that perform Shakespeare’s original production in the Theresienstadt concentration camp. The Kennedy Center American College Theater Festival accepted the play in November, which was performed by Emory Theater on Feb. 22.

The performance centers around Isadore (Roz Sullivan-Lovett (19C)), a Holocaust survivor giving a lecture about his time in the concentration camp during World War II. In the camp, a group of actors put on a production of “The Merchant of Venice;” however, when the actor playing Shylock was killed, the performers needed to find a replacement. Despite Isadore’s lack of acting experience, he takes on the role as an audience stand-in and allows the actors to explain the story and the nuances of Shakespeare. Isadore is then introduced to Valeska (Amy Levin), a famous actress in denial of her Jewish heritage. Despite the horror surrounding them, the two fall for each other. The characters face their feelings surrounding the confines of the concentration camp, the loss of their loved ones and the need to confront their inner turmoil over the course of the show. The play tells the story of the theater troupe coming together to perform the play before their lives are destroyed even further.

I sat down with Mindell to talk about his process. He first came up with the idea when visiting a Holocaust memorial in December 2019. Visiting the sight allowed him to see what the prisoners went through firsthand and the “sickening but also fascinating idea about taking artists and using their skills and their work and turning it into Nazi propaganda.” In Mindell’s play, Siegfried (Boone Cannon (22Ox)), a filmmaker who is forced to make films for the Nazis, is confronted by Samson (Jacob Marcus (21Ox)) regarding whether they should create art for the enemy despite the benefits of food. Over the summer, Mindell participated in a research program where he began to learn more about the camp’s history and Yiddish theater. Mindell “wanted to create something with the style of theater that [the people of the time] would be familiar with, in their theatrical language” in order to set the scene and ensure the audience was invested in the story.

In the fall of 2020, he decided to submit the play to Kennedy Center Festival, a program where college students can enter their works to compete regionally and then nationally. The terms of the festival stipulated that Mindell had to give a staged reading of the show. The play performed well at the Region IV Conference (which featured work from students attending college in the Southeast) and will now be competing at the national level. After the first round, he got in touch with the Emory Department of Theater Studies to share the Zoom recording of the festival.

When asked what it was like to see the play performed, Mindell said, “It’s one thing to see your work on the page and to see it cold read, but it’s another to see it rehearsed and to see people adding every discovery and insight onto the text.” There were several members of the cast and crew who were not Jewish, but Mindell said that fact helped “cultivate an atmosphere of curiosity, because they all came into it with a genuine desire to learn and understand more, which really did a service to the piece.” Mindell spoke highly of all of the actors who “helped him discover things he hadn’t even realized he had put in the play.”

The anti-semitism in “The Merchant of Venice” made it an important selection for the playwright to combat the ideas presented in the work. “Shakespeare is a standard for what theater is,” Mindell said, “so I wanted to confront being a person in theater and dealing with the person who created the entire foundation of what you’re taught and what you’ll do in the professional world having these beliefs and contributing to global anti-semitism.” Mindell recalled being taught about the Holocaust from a young age because “forgetting means that it will happen again, so they never want to forget.” He wanted to make his play about “this instinct that Jewish people have had for centuries to stare into the face of suffering and oppression and misery and decide to laugh and sing and make beautiful things … No matter what happens there will always be a Jewish person creating things even in a world that doesn’t want them to speak.”

Mindell spoke about the accessibility of theater production over Zoom and how “it’s so much easier to get stories out there.” He hopes to see the play performed live in the future, but it is unknown when that would safely be able to happen.

Through his rendition of “The Merchant of Venice,” Mindell wrote a well-crafted narrative filled with love and loss. The play uses Shakespeare’s work to explore anti-semitism both in the play and in the tragedies of the Holocaust, masterfully demonstrating the ways that art can influence reality. Mindell’s work uses its format to draw focus to the anti-semitism present in Shakespeare’s well known works, crafting a poignant narrative that emphasizes the struggles Jewish people have faced throughout centuries.

Bridget Barnsley (20Ox, 22C) is from Orange, Connecticut, double majoring in English and creative writing and film and media management. Her hobbies include books, movies and TV, and she can be found online discussing all of the above. She also works as the book reviewer for the independent e-zine, The Elephant Ladder. Contact Barnsley at [email protected].edu.