Emory recently received national recognition for its mental health services and suicide prevention programs, along with 29 other colleges and universities.

The award is a seal of approval from the Jed Foundation, which is a nationwide organization that promotes emotional health and suicide prevention on college campuses, according to its website.

Other recipients include Yale University, New York University and the University of West Georgia. The Jed Foundation recognizes a school’s commitment to the emotional well-being of its campus, according to the website. The application process also allows university administrators and counselors to identify strengths and weakness in their mental health programs.

To qualify, Emory representatives completed the JedCampus online assessment that evaluated the University’s mental health services, according to criteria specified by the Jed Foundation’s website.

The website names criteria such as identifying students at risk, educating professionals on campus and providing mental health services and crisis management, among others.

Mark McLeod, the director of Emory’s Counseling and Psychological Services (CAPS), said Emory’s services are based on the public-health model of care, which emphasizes the importance of preventive care.

“When you’re looking at the Emory community, you want to focus as much on prevention and outreach as you do on providing services related to mental health,” McLeod said.

A report compiled by Emory Student Health and Counseling Services shows that 79.9 percent of Emory students – undergraduate and graduate – would consider seeking mental health services if faced with such personal issues.

Emory students currently pay a $58 mental health counseling fee, which was instituted in 2008. In an email to the Wheel, McLeod, CAPS Suicide Prevention Coordinator Mahlet Endale and CAPS Assistant Director of Outreach Jane Yang, identified some of the center’s specific mental health programs, such as training the operators of Emory’s student-run help line.

Another initiative is an online outreach system for students, developed by the American Foundation for Suicide Prevention. The CAPS staff describes this as an anonymous way for students to converse with a counselor, “with the hope that it might be a way for someone in trouble to find the courage to seek needed help.”

While McLeod acknowledged that Emory’s program did not meet all the criteria listed on the Jed Foundation’s website, he said that Emory was “way ahead of the game.”

Linda Gross (’84C), an Emory alumnus and a volunteer for the Jed Foundation, said she initially encouraged the University to apply for the JedCampus seal.

Gross said that compared to when she was a student, Emory’s mental health services are now more extensive. 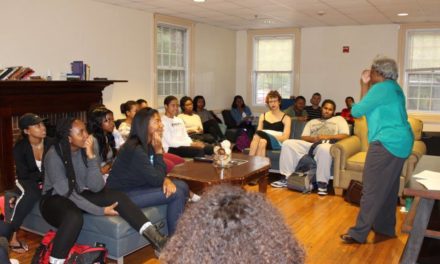