The Emory men’s and women’s cross country teams took first and third place, respectively, in the University of North Georgia (UNG) Invitational Sept. 16, located on UNG’s Gainesville campus. Nine schools competed in the men’s race and 15 in the women’s.

Despite resting some of their top finishers from the previous competitions, such as sophomore Martin Pimentel and junior Bennett Shaw, the men’s squad still fielded a talented group of runners to take home Saturday’s top prize. Senior Philip Edwards led the way for the men, placing second out of 69 runners with an 8K time of 27:19.

Head Coach John Curtin expressed his excitement in regards to seeing some different runners take on a major role.

“We got a chance to see some of our depth in a leadership position,” Curtin said. “We wanted to get some experience for some of the younger kids, and I think we were successful in doing that.”

Rounding out Emory’s top five runners on the day were seniors Max Brown and Gregory Litle, freshman Matthew Dillon and junior Ryan Fan. Each of those runners, in addition to Edwards, clocked in with a time under 28 minutes, a feat achieved by only four other runners in the entire field Saturday.

Brown noted that the team was poised to compete well and that many of the men had the opportunity to finish high up in the standings.

“Coming into Saturday many of us knew that we had a good chance of doing well in the meet,” Brown said. “We trusted that we were fit enough to get the result that we had wanted.”

Curtin said that he was pleased to see Edwards and Brown shine, especially after the injuries they suffered earlier in their collegiate careers.

“[Edwards and Brown] are two veterans that have battled injury issues over the years and as a result we really haven’t had them in crunch time,” Curtin said. “These two veterans were the ones who stood out on the guys’ side.”

The women’s team also rested some of their top runners from the prior competitions, including senior captain Gabrielle Stravach, who was Emory’s top finisher in the first two meets of the season. The absence of Stravach gave other runners a chance to shine.

Freshman Carrie McIntyre was the first competitor to cross the finish line for the Eagles. Her 5K time of 19:13 placed her No. 7 overall out of 136 runners.

McIntyre shared her excitement about her improvements after a shaky first couple of races.

“The race on Saturday definitely helped my confidence because my first couple of races didn’t go as well as I had wanted,” McIntyre said. “I got used to college and the transition, so I was able to perform to the best of my abilities this past weekend.”

Curtin said that McIntyre had a terrific performance in Saturday’s meet despite her difficulty adjusting to the collegiate cross country circuit.

“[McIntyre] has had freshman growing pains early in the season,” Curtin said. “[Saturday] she put a full race together and the team was really happy for her.”

Freshmen Abby Durfee and Caroline Johnson, junior Kaylee Slade and senior Megan Waples joined McIntyre as Emory’s top five runners on the day. All five ended the race among the top 20 runners. Each contributed to a third place finish behind No. 1 UNG and the No. 2 Savannah College of Art and Design Atlanta.

McIntyre indicated that not having top competitors like Stravach active on Saturday, put more responsibility on some of the younger runners.

“It was on the freshmen’s shoulders to lead the way on Saturday,” McIntyre said. “We had to find different people to go ahead and lead our team.”

Curtin emphasized that he and his coaching staff were trying to get a deeper look at some of their runners before they have to cut the team down for pre-national and University Athletic Association (UAA) competitions. Both teams have more than 30 runners, and the first cut will shorten the teams down to just ten runners a piece.

“We have to cut our team down to ten runners for future competitions,” Curtin said. “[The coaching staff] was trying to get a look at everybody and give some other runners the chance to shine.”

Brown saw his No. 3 finish overall as extra motivation in competitions moving forward.

“My finish Saturday gave me some confidence that my training is starting to pay off, but I still have a long way to go,” Brown said. “The competition from here is only going to continue to get harder, but hopefully we continue to finish as well as we did.”

Emory’s top runners on the men’s and women’s teams will return to the course Sept. 30 in the Jacksonville State University (Ala.) Foothills Invitational in Oxford, Ala. 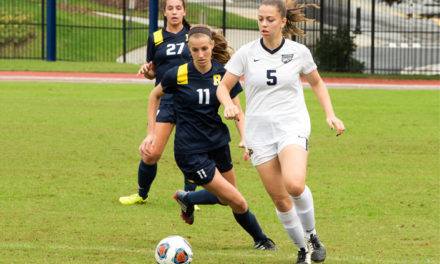 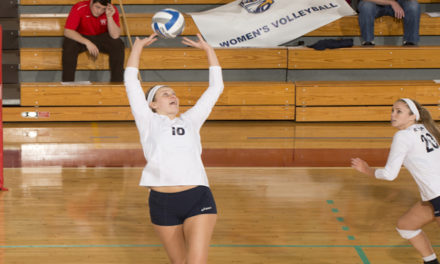