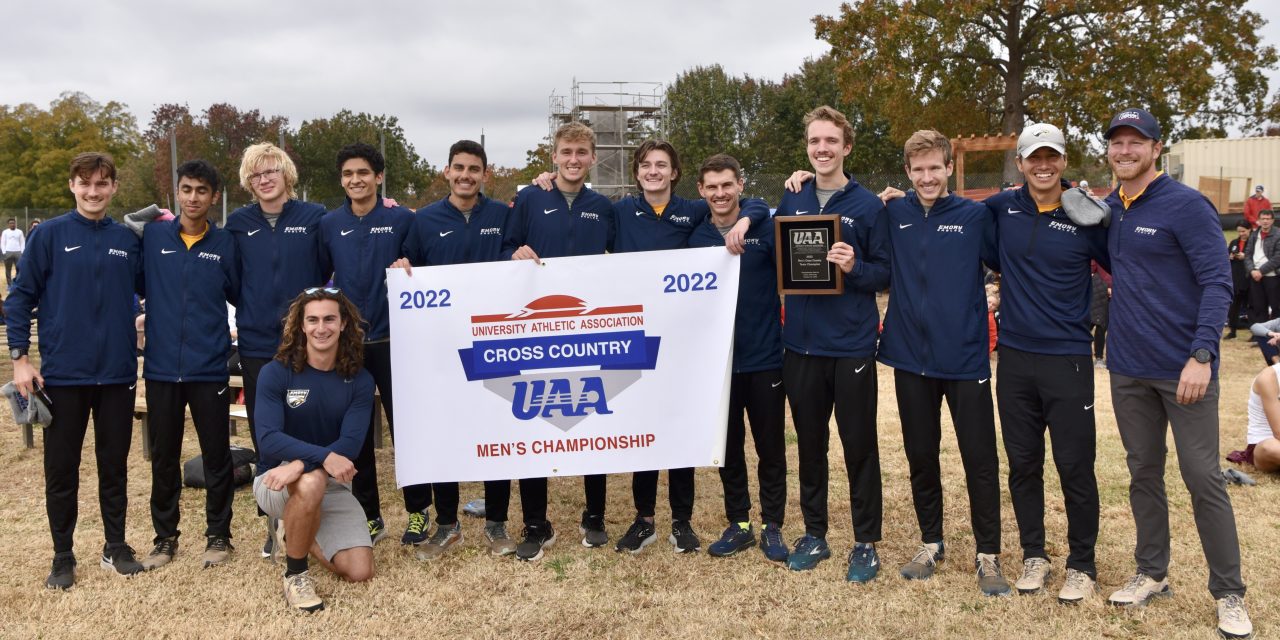 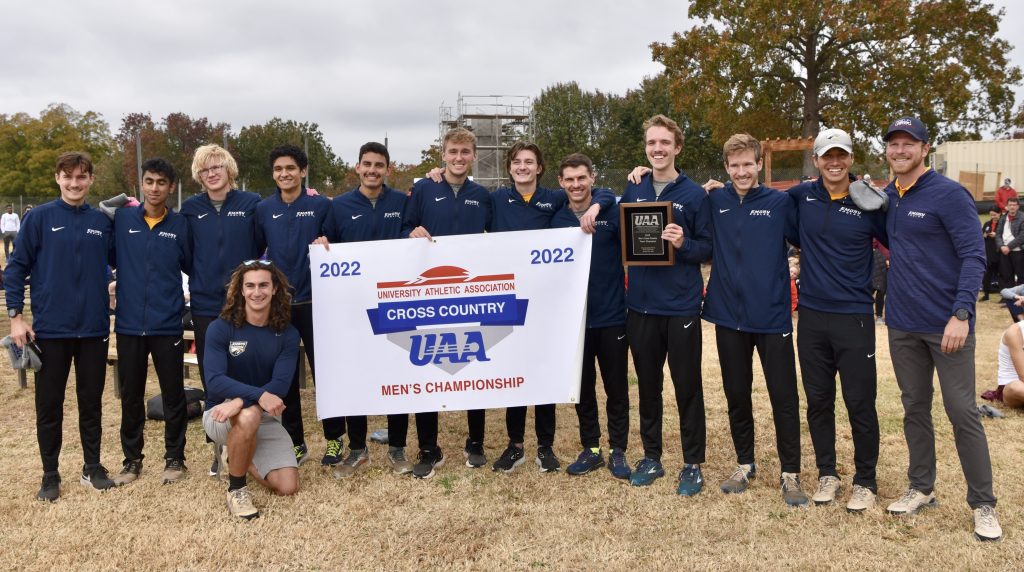 Lucas said that the men’s team’s fourth place finish in 2021 made them hungrier for a championship this season, especially since most of the racers at this year’s championships were returning from last year.

“We returned the majority of our UAA roster from last year when we were the top-ranked team coming into the meet and didn’t end up winning,” Lucas said. “It stung pretty badly, but we used it as motivation to have our best block of training leading up to this season. When UAAs came around this year we didn’t want to go through that feeling again so we came out ready to put it all on the line for each other.”

Reflecting on the historic win, head coach Linh Nguyen underscored the significance of the team’s first championship title for past, present and future Emory runners.

“It feels great to see the guys win the first title in school history,” Nguyen said.“They were the only team at Emory without one, so it’s very special for them to be able to do this for themselves and every other men’s cross country runner that’s ever come through Emory.”

Additionally, Emory hosted this year’s championships, making the event especially thrilling. Moore said the support from his fellow Eagles during the race did not go unnoticed.

“We knew that with the conference championship being at home we would have the full support of the entire cross country and track and field program, as well as the greater Atlanta community,” Moore said. “Being able to leave everything we had out on the course became that much easier.” 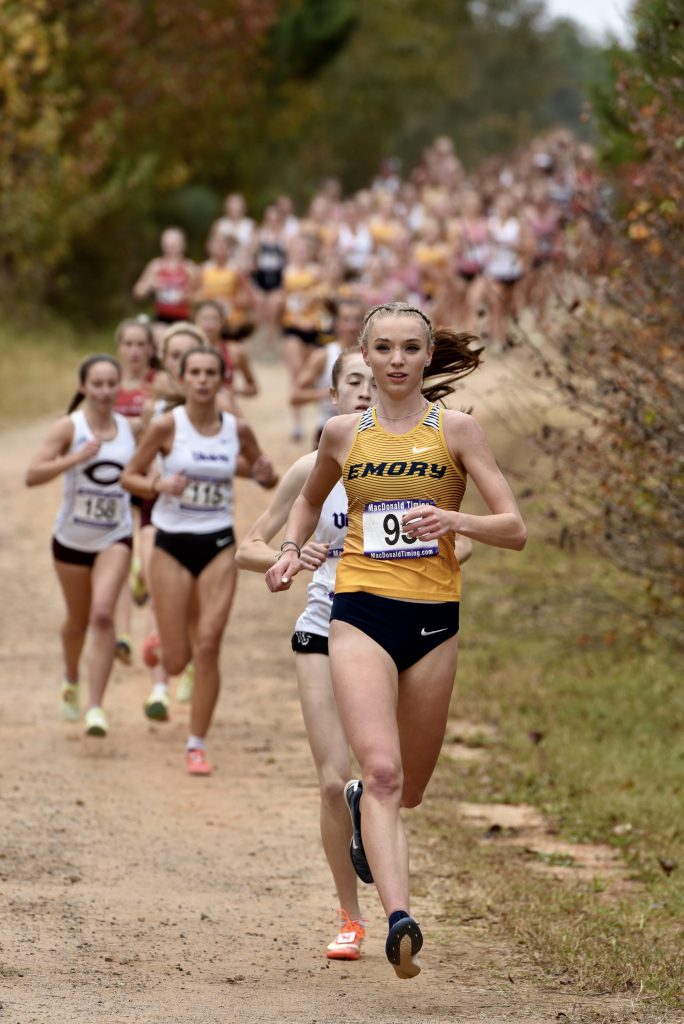 On the women’s side, Urban continued her undefeated season, finishing in 21:14.2. Urban crossed the finish line 20 seconds ahead of the runner-up and earned her second consecutive All-UAA Selection.

Urban believes that her newfound confidence as a runner was key to her success this season.

“This season, getting so much better and being confident in my training and racing has shown me that I can set really lofty goals and then actually achieve them,” Urban said. “I never thought my freshman year that I would ever be an All-American or be winning any college races, much less winning every race I’ve run so far this season.”

Nguyen also highlighted the importance her confidence as a racer has played in her success.

“Annika is extremely fit and confident right now and that’s a very potent combination,” Nguyen said. “She stuck to the race plan perfectly and controlled the whole race. It was a great performance.”

Both the men’s and women’s teams will compete in the NCAA South Regional Championships on Nov. 12. While the teams hope that the NCAA Division III Cross Country Championships are on the horizon, Nguyen said that he is encouraging them to focus on one race at a time.

“We just need to go perform to the best of our ability on that day,” Nguyen said. “If the team can do that, we will all be able to walk away with our heads held high regardless of what the team scores say.”

Sports Editor Jenna Daly (25C) is a member of the cross country team and had no role in writing or editing this article. 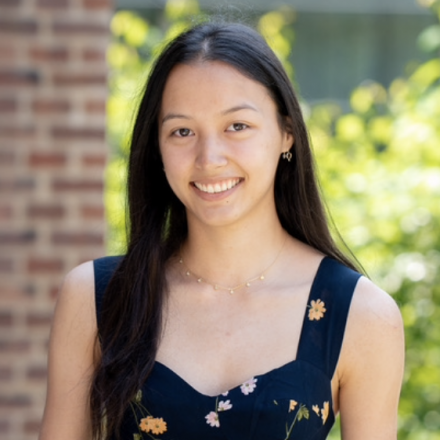 Sophia Lin-David (she/her) (24Ox) is from Boston, Massachusetts and plans to major in political science, strategy and management consulting, and international business across the College and Goizueta Business School. Outside of the Wheel, Sophia plays cello in the Emory University Symphony Orchestra and is an ambassador for the EmoryVotes initiative. In her free time, Sophia likes running, trying local coffee shops and playing cards with friends. 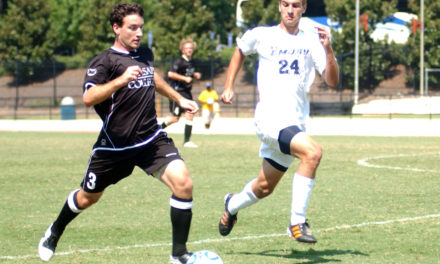 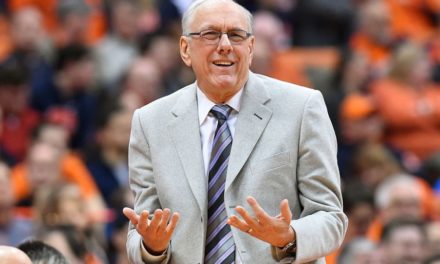