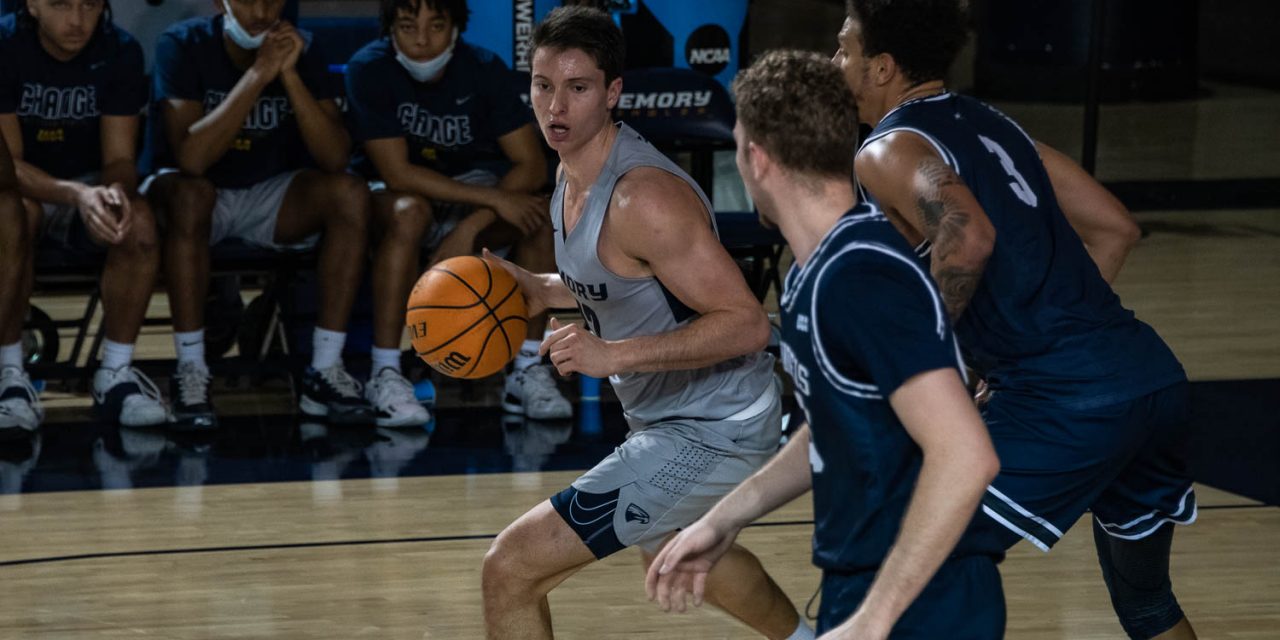 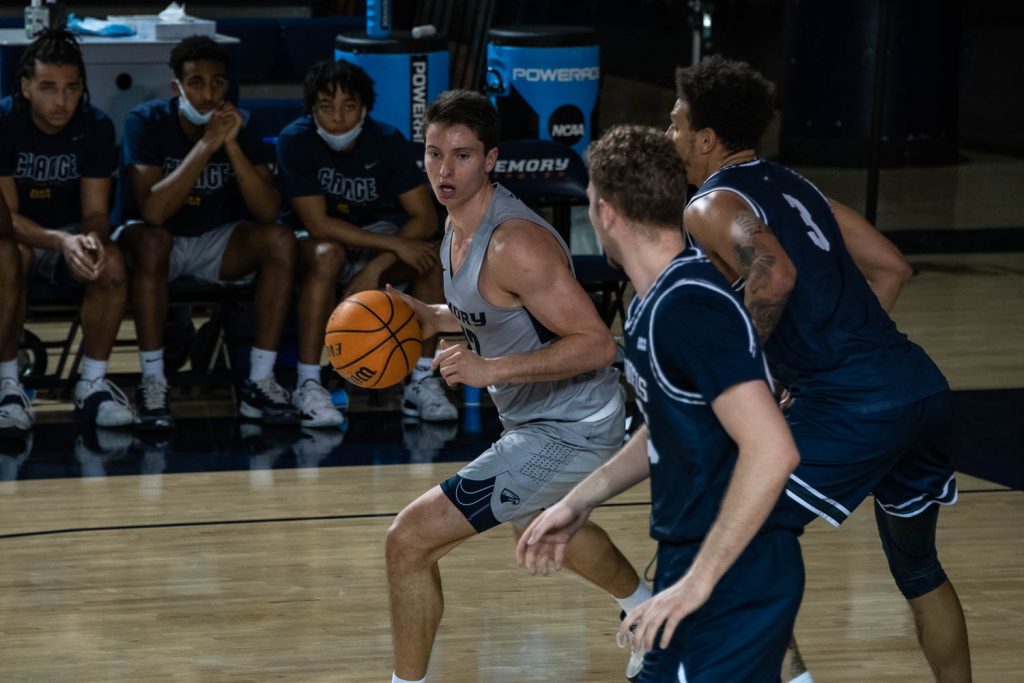 Emory University’s men’s and women’s basketball teams traveled to St. Louis and Chicago this past weekend to take on Washington University in St. Louis (WashU) Bears (Mo.) and the University of Chicago (Ill.) Maroons. Both squads took down WashU, but suffered losses to Chicago on their senior day.

The men’s team extended their winning streak to eight in the first weekend game with a 67-57 victory over a top 10 Division III WashU team. The Eagles started off hot on a 6-0 run but would eventually take a one-point deficit into halftime. The team was down early in the second half but went on a 10-0 run to give the Eagles a four-point lead and would then never sequester their lead.

Senior guard Matthew Schner was just shy of a double-double as he led the team with 20 points and nine rebounds, and first-year forward Logan Shanahan and senior guard Nick Stuck both added three three-pointers.

The team then traveled to Chicago to face the Maroons, a team they beat earlier this season by 15 points. Riding an eight-game win streak, the Eagles shot over 50% from both the field and three-point range in the first half, including three from behind the arc by guard Romin Williams, to go into halftime with a seven-point cushion.

In the second half, Emory struggled on defense, allowing Chicago to shoot 72% from three and allow a season-high 52 points in one half. After finding themselves down by nine with just over two minutes to play, Schner scored six points in less than two minutes to cut the deficit to three and make it a one-possession game.

However, Chicago hit both of their free throws to solidify their victory and end the Eagles’ streak. While Schner put up 20 points in the second half for Emory, it wasn’t enough as Emory fell short 84-79. Schner finished with 31 total points, tying a career-high.

Schner also played 40 minutes in both games this weekend. Head coach Jason Zimmerman credited his stamina to his past experiences with the team winning UAA championships.

“He does a lot to take care of his body throughout the year, throughout offseason,” Zimmerman said. “He’s a veteran. He’s been through the UAA and has been through all the battles that we’ve played.”

Schner and the Eagles will look to rest up ahead of their final three games of the season, all at home. The team is well aware of what is at stake. A win in their next game clinches the UAA championship and Zimmerman believes the team understands what it takes.

“Every game helps you get closer to earn the right to play for championship,” Zimmerman said. “We can play for a championship on Friday night, and it’s exciting for our guys. It’s something that we look forward to doing. But it’s also a step in our process.”

The women’s basketball team defeated WashU 81-66 in their first of two weekend games. Forty-eight of their 81 points were scored by senior forward Anna Arato — who tied her career-high in points with 22 — and junior guard Claire Brock. Senior forward Tori Huggins was one point shy of a double-double with 10 rebounds and nine points.

The team entered halftime with a six-point lead and extended it to 15 by the final buzzer. Emory forced WashU to commit 20 turnovers and capitalized by turning in 22 points from turnovers with help from junior guard Mariane Auza, who had six steals. Emory’s 12 three-pointers compared to WashU’s four also helped Emory separate the score. This was the squad’s first road win at WashU in 32 attempts.

In their final game of the weekend, though, the team fell short 67-57 to Chicago. The Maroons had an early eight-point lead at the end of the first quarter, but Brock’s 11 second quarter points, where she went a perfect three-for-three from three, had Emory just three points back of the lead at halftime.

Emory briefly led in the third quarter, but Chicago went on a 10-0 run in the fourth quarter to go up by 12. Emory’s six fourth-quarter points would not be anywhere near enough to come back from. Brock finished with 16 points and Arato finished with 14 points, but Emory only had 12 bench points while Chicago had 43. Remarkably, Chicago kept Emory off the free-throw line as they only shot two free throws all game while Chicago made 14 of their 16.

The women’s team is currently 7-4 in conference play sitting in second place with three conference games to play. New York University is in first place at 10-1.

The women’s team next plays their final non-conference game on Feb. 16 at Piedmont College (Ga.) while the men next play on Feb. 18 at home against Case Western Reserve University (Ohio) at 7:30 p.m.