The Emory men’s basketball team wrapped an undefeated weekend at home on Sunday. Led by Head Coach Jason Zimmerman, the team was able to finish the home stand 2-0 against two University Athletic Association (UAA) rivals. Both games were played at the Woodruff P.E. Center (WoodPEC).

“I think we’re getting better every game we play,” Zimmerman said. “We started slow during both games, but were able to close each first half very well and continue with that momentum into the second half.”

The first game was won on Friday night when the Eagles defeated the No.19-ranked Brandeis University Judges by a score of 69-55. Emory shot 47 percent from the floor throughout the game, which was better than the 39 percent shot by Brandeis.

Emory was down by eight points early on in the game, but went on an 11-1 run to lead at the half by three points. The team used a strong second half, outscoring Brandeis by 11, to secure the victory.

The Eagles were able to increase their lead for most of the second half by capitalizing on three separate runs of more than seven points each. The final run was with about six minutes left in the game when the Eagles scored 12 straight points, helping them build their lead to 18 points, an amount Brandeis was unable to overcome. Junior forward Jake Davis led the way for Emory with 18 points.

“I thought we played very well as a team during the times we needed to most,” Davis said. “Every time the game got close we were able to come together and play as a group, resulting in increased leads in our favor and ultimately the win.”

The Eagles were able to take the second game of the weekend Sunday afternoon against New York University by a score of 80-61, the fifth straight win for the team.

Emory forced 20 NYU turnovers and won the points off turnover battle 30-5. Emory was down by eight points early on in the game, but the Eagles finished the first half on a 19-7 run to propel their lead to 14 points at halftime.

The game was not close for most of the second half. At one point, NYU was able to cut the Emory lead to 11 points, but the Eagles were able to finish the game on an 11-2 run to close out the win. Jake Davis led the scoring again for the Eagles with a team high total of 19 points, 11 coming in the first half. This was the 40th consecutive game in which Davis was able to score in double figures for the Eagles. Junior McPherson Moore also contributed with 16 points.

“Winning two this weekend is big for our team,” Moore said. “We are on a roll, and we hope to maintain our momentum going into the second half of UAA play.”

Emory hopes to continue its strong play as they dive deeper into their UAA schedule.

“Our defense has been strong so far this year, and we need to continue playing the kind of defense that has led to our success so far,” Zimmerman said. “We need to show we can go on the road in conference and continue to win games.”

The undefeated home stand improved the team’s record to 12-4 on the year and 4-2 in conference play.

“We just need to keep focusing on what makes us good,” Davis said, “emphasize defense, ball movement and rebounding.”

The team will return to the court on Friday, Feb. 1, with a road match-up against Brandeis. 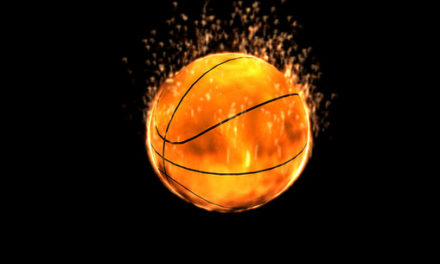 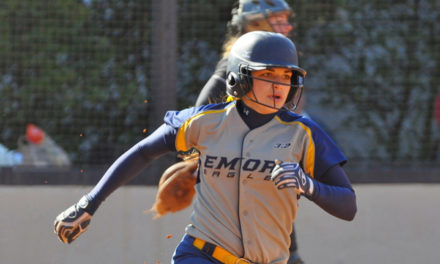