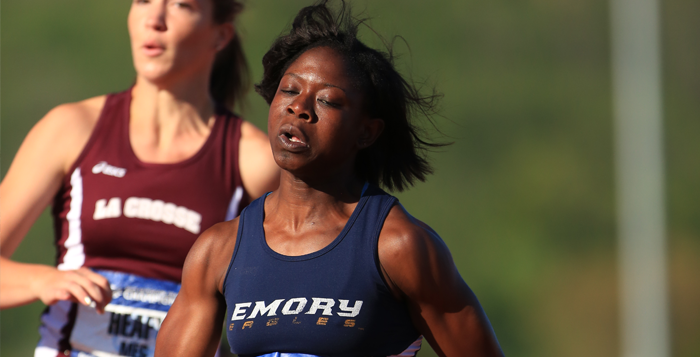 This past weekend, the men’s and women’s track and field teams opened their 2014 outdoor seasons by hosting the Emory Track and Field Invitational at the Woodruff Physical Education Center (WoodPEC).

The annual Emory University Invitational is one of the largest meets ever hosted at Emory, as it hosts over 1,600 athletes.

Additionally, the men recorded the fifth-fastest time in school history in the 4×800-meter relay, with the team of freshman Walker Marsh, sophomore Josh Traynelis, junior Patrick Crews and senior William Matheson, winning second place with a time of 7:51.24.

“Individually and as a team we did great,” Hoberman said. “As a team, both of our sprint relays did amazing, we ran the top times in the conference in both and although it’s early in the season, those times will most likely be good enough to keep us in first.”

Additionally, Hoberman added that “[The team has] been practicing really hard to start off the outdoor season and it’s showing in both the individual and relay races. Winning the 4×400-meter race at our home meet was a great accomplishment, and topped off a great weekend.”

The Eagles men placed third out of 23 teams, scoring a total of 73 points. The Emory women placed fifth out of 25 teams while accumulating a total of 59.5 points.  Head Coach John Curtin was extremely satisfied with the results.

“I thought the meet went great,” Curtin said.  It was the largest meet we have ever hosted and I think the quality of the fields in all events was as good as we have ever seen for the opening of the outdoor season.”

This upcoming weekend, Emory will be hosting its second home meet of the 2014 outdoor season – the Emory Classic, the final home meet at the Emory’s WoodPEC.